Naval operation in western seas apprehends 04 suspects with drugs worth over Rs. 600 million

A special operation carried out by the Navy in the seas off Negombo today (04th January 2021) led to the apprehension of 04 suspects with over 100kg of Crystal Methamphetamine (ICE) and about 80kg of Hashish and seizure of a multiday fishing trawler used to transfer the narcotic substances.

As a result of continues to crack down on drug trafficking and other illegal activities operated via sea routes, strengthening the Government's joint mechanism to combat the drug menace, the Navy was able to seize a multiday fishing trawler with drugs off Dodanduwa, Galle a couple of days ago. In the same vein, the Western Naval Command today intercepted a suspicious multiday fishing trawler off Negombo and apprehended 04 suspects with over 100kg of Crystal Methamphetamine (ICE) and about 80kg of Hashish being transferred aboard. The narcotic substance had been concealed in 09 sacks, as plastic containers and small packets.

Meanwhile, the street value of the stock of narcotics held during the operation is believed to be over Rs. 600 million.

The coordinated operation was carried out with the assistance of intelligence services and Police Narcotic Bureau. The suspects held during the operation were identified as residents of Thoduwawa area in Chilaw. The operation was also assisted by Sri Lanka Air Force.

The entire operation was carried out adhering to COVID-19 preventive guidelines and the suspects, drugs and multiday fishing trawler held during this operation were handed over to the Police Narcotic Bureau, Colombo for onward legal action. Meanwhile, the Navy stays vigilant all the time and will continue to patrol island’s territorial waters, to ward off all forms of nefarious activities taking place. 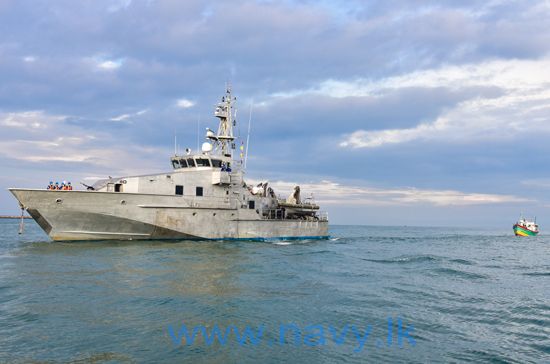 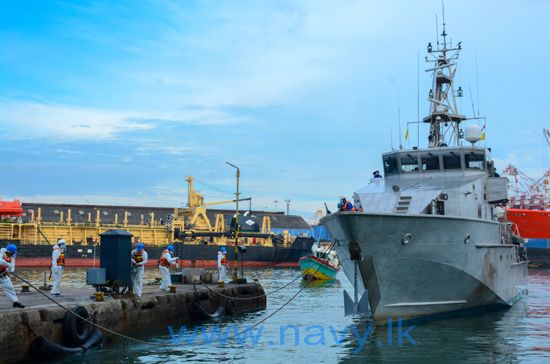 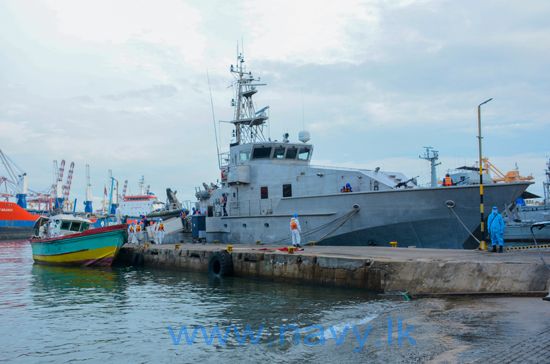 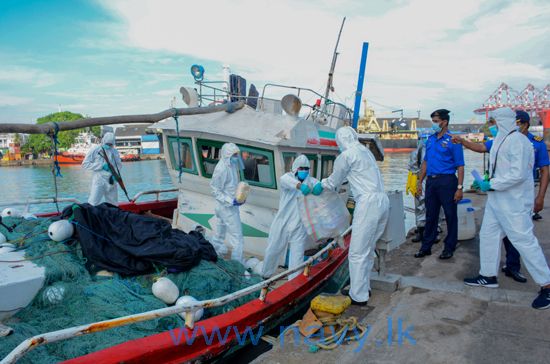 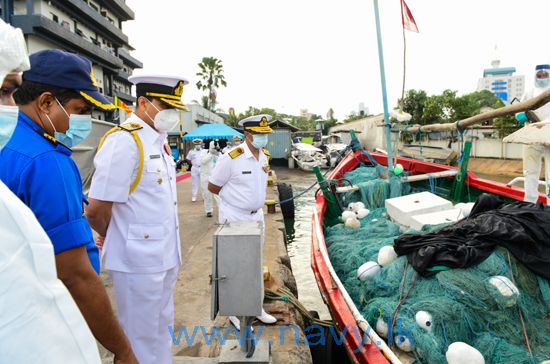 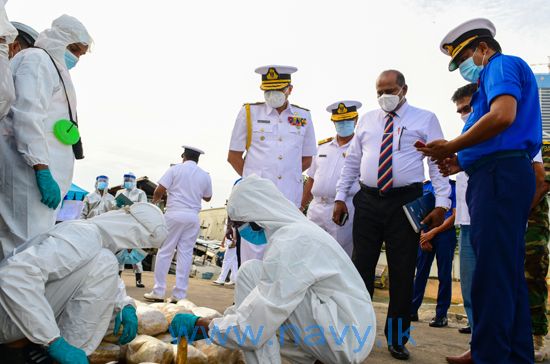 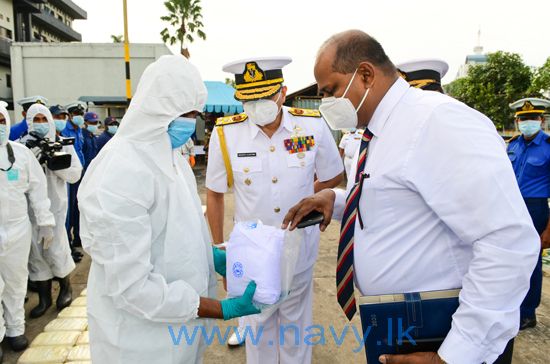 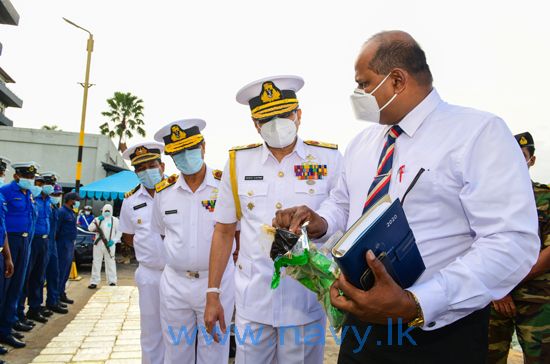 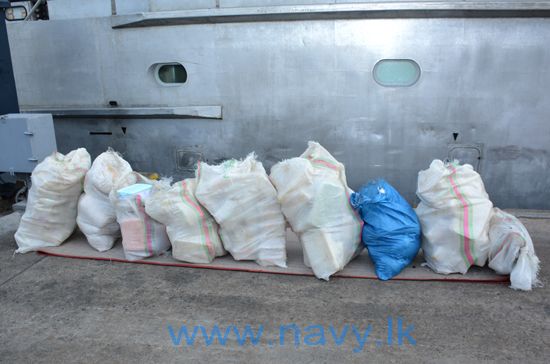 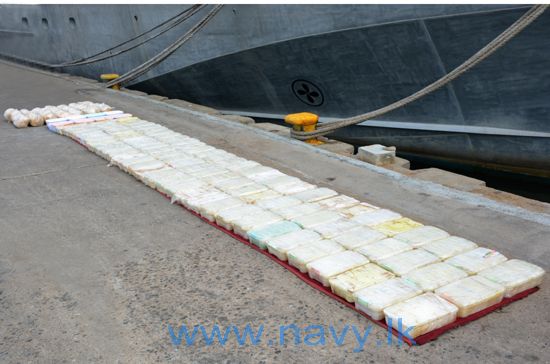 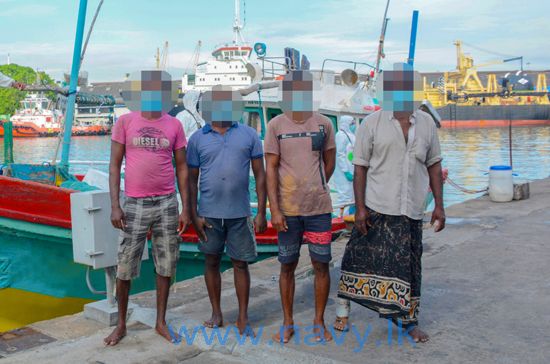