A special operation conducted by the Navy in northern waters resulted in the seizure of over 124kg of Kerala cannabis and apprehension of 02 suspects, on 06th January 2021.

Sri Lanka Navy is watchful and continues its patrols to curb drug trafficking and other forms of illegal activities taking place via sea routes. During a similar operation conducted by Northern Naval Command in seas north of Mailaddi in Kankesanthurai, a suspicious dinghy speeding off towards Thondamanaru was spotted jettisoning several sacks into sea, having seen the presence of the Navy. Subsequently, the dinghy was intercepted and 02 suspects aboard were also held by Navy. Further search also made way to recover 04 sacks thrown overboard and the sacks contained about 124kg and 65g of Kerala cannabis.

The entire operation was carried out adhering to COVID-19 preventive guidelines and the accused held during the operation were identified as residents of Nelliadi and Velvetithurai, aged 27 and 31. The suspects are being detained with the Navy until they are handed over for onward legal action. Meanwhile, the stock of Kerala cannabis and dinghy were handed over to the Kankesanthurai Police for onward investigation.

Further, Sri Lanka Navy will remain vigilant around the clock and conducts its operations in island’s territorial waters to prevent all forms of illegal activities. 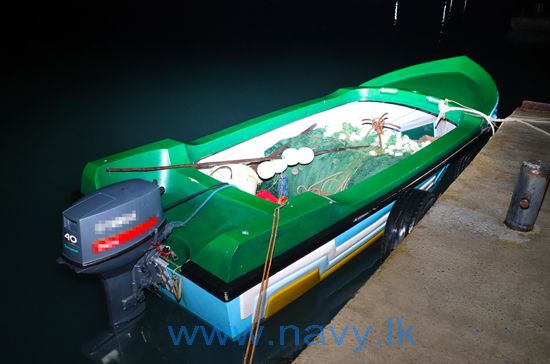 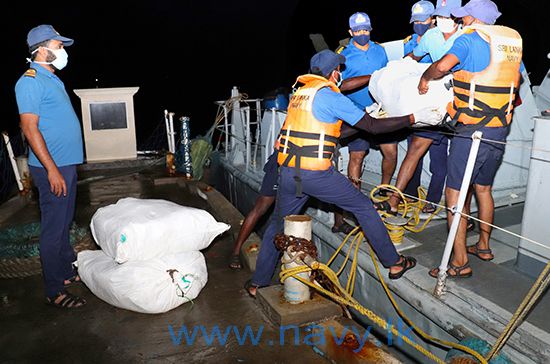 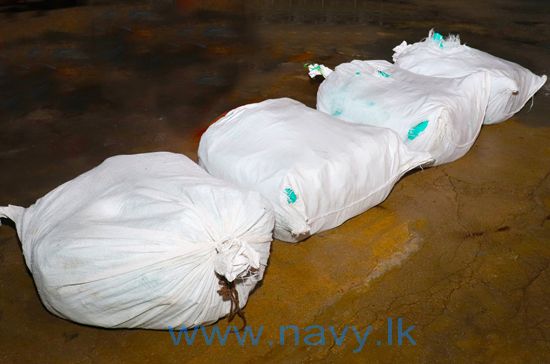 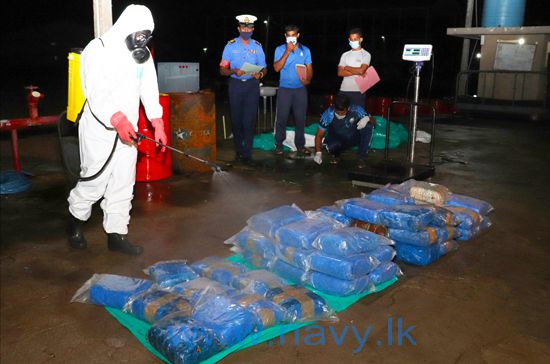 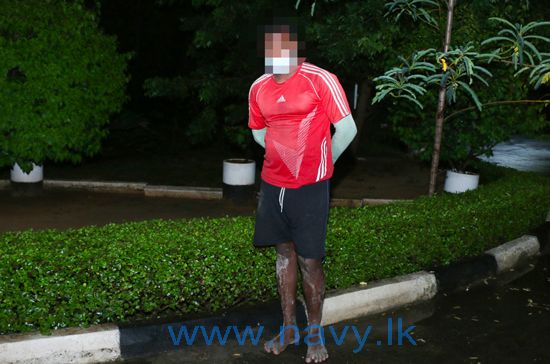 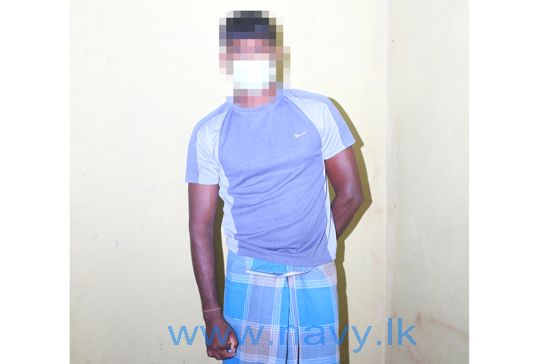