Sri Lanka Naval Ship (SLNS) ‘Rathnadeepa’ boarded with a team of Navy divers reached MV ‘Eurosun’ that ran aground at Little Basses about 5.5 nautical miles (10km) off the southeastern coast of the island on 23rd January and preliminary investigation into the incident got underway.

According to the preliminary investigation, no damage to the bulk carrier’s hull was reported and there was no sign of water leaking into the ship or oil into the ocean. It was also revealed that 15 Filipino nationals including the captain of the ship and 03 Ethiopian nationals were safe onboard.

Meanwhile, the Navy divers carried out a diving operation to scan the underwater profile of the bulk carrier this morning (24th January) and it was confirmed that the carrier’s underwater profile is unharmed from the accident. However, it was observed that 70m long part of the ship’s keel was resting on the rocky and sandy bottom. In the meantime, high tide experienced in the evening has refloated the bulk carrier and prevailing current helped to move the ship out of the danger. Naval divers are to carry out another underwater inspection of the ship to ascertain safe to sail condition of the ship once it anchored safely.

Meanwhile, Sri Lanka Coast Guard Ship ‘Samaraksha’ with officials from Marine Environment Protection Authority has reached the scene of action. Apart from that, Sri Lanka Coast Guard Ship ‘Samudraraksha’ has also been sent out to the location with necessary equipment to manage an oil leak, if occurs. Moreover, Tug Pandukabhaya of Hambanthota International Port Group has been placed in the vicinity for assistance. 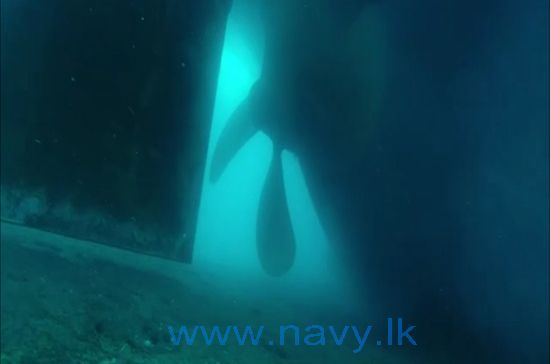 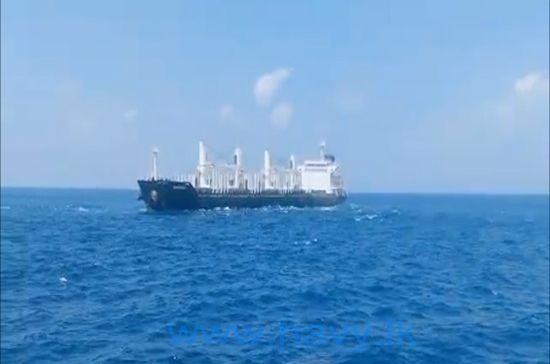 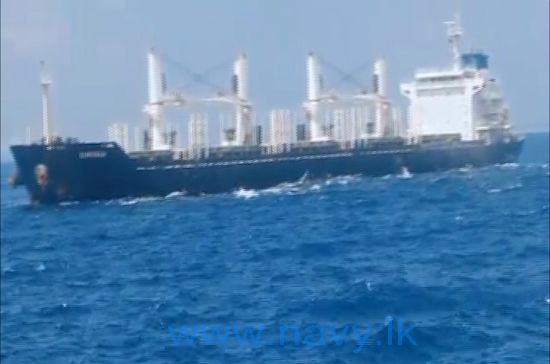