The Navy managed to nab 04 suspects who attempted to smuggle about 01kg and 21mg of Crystal Methamphetamine (Ice) via sea into the island, during a special operation carried out in the beach area of Urumalai, Talaimannar on 03rd March 2021.

Sri Lanka Navy continues to thwart wide-ranging illegal activities including smuggling of narcotics, taking place via sea routes. During a similar operation led by North Central Naval Command, the Navy was able to find about 01kg and 21mg of Crystal Methamphetamine in dinghy arrived at the Urumalai beach. The substance had been in a package concealed in a fishing net. Along with the narcotic drugs 03 suspects and the dinghy were also taken into naval custody. The operation also led to collar another individual who was suspected to have connection with this racketeering, while on the scene.

The street value of the seized narcotics is believed to be around Rs. 6 million.

The apprehended suspects were identified as residents of Urumalai, from 23 to 33 years of age. Meanwhile, the accused together with Crystal Methamphetamine and dinghy were handed over to the Talaimannar Police for onward legal action. 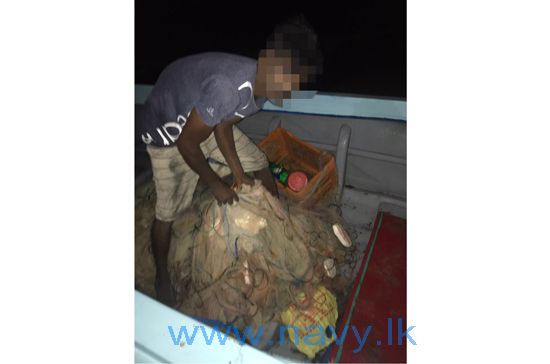 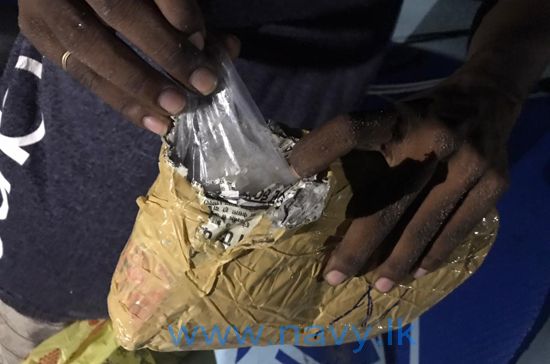 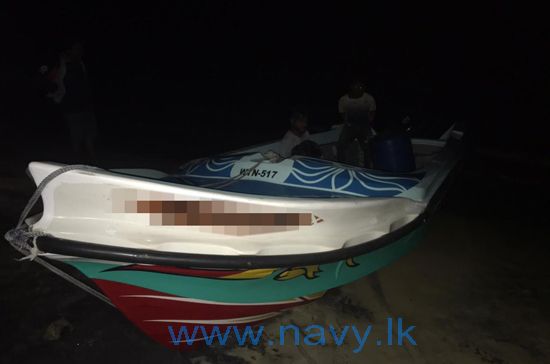 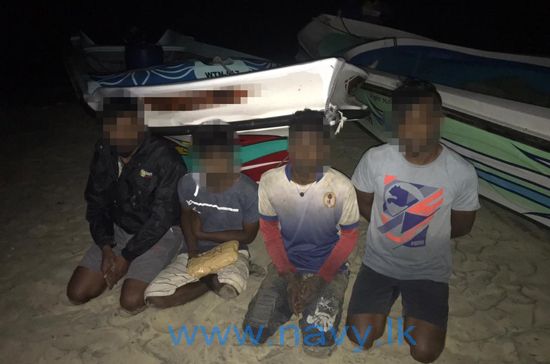