A special operation conducted by Navy in seas off Talaimannar on 09th March 2021 led to the apprehension of 04 suspects who were attempting to smuggle over 1189kg of dried sea cucumber into the island.

Making a strong commitment to fence off smuggling activities via sea routes, Sri Lanka Navy has been conducting regular operations in island’s waters. In a similar operation, the North Central Naval Command had searched 02 suspicious dinghies off Talaimannar and found 1189kg and 83g of dried sea cucumber stuffed in 24 sacks. The Navy also apprehended 04 suspects aboard and seized 02 dinghies used for this illegal act.

Meanwhile, the market price of seized sea cucumber stock is believed to be over Rs. 26 million.

The entire operation was conducted adhering to COVID-19 preventive guidelines and the accused held in it were identified as residents of Kalpitiya, Silawathura and Nattan, from 38 to 58 years of age. Meanwhile, the apprehended persons were handed over to the Public Health Inspector – Mannar for 14 days of quarantine and the stock of dried sea cucumber and dinghies were handed over to the Assistant Director of Fisheries, Mannar for onward legal action. Subsequent to the quarantine period, the suspects will also be produced for legal action. 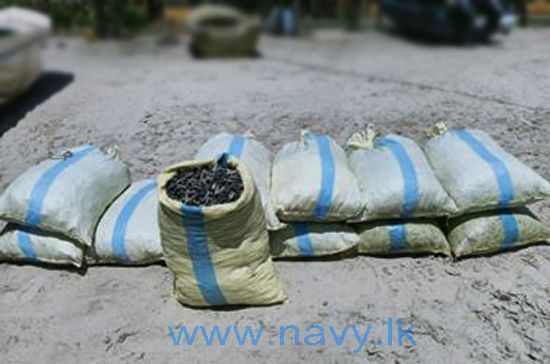 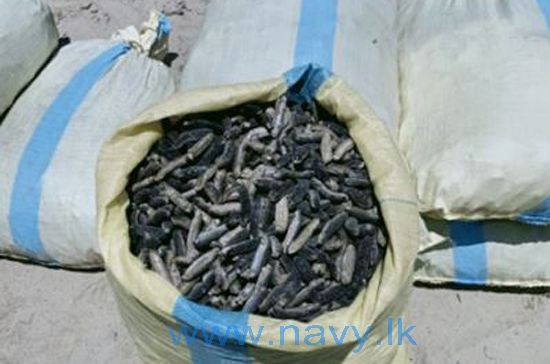 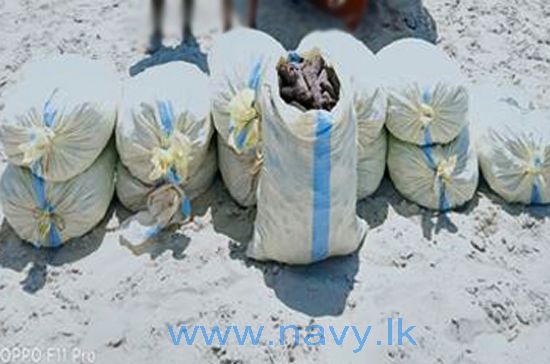