During similar patrols, naval units attached to Northern Naval Command nabbed a large Indian fishing vessel with 14 personnel onboard, about 03 nautical miles off the coast of Kovilan, Jaffna. The seized vessel had a steel hull which was 75ft long and 22ft wide and possessed an engine of approx. 280 hp, capable of harvesting a huge fish stock with its motorized trawls. Meanwhile, 1030kg of illegally caught fish and fishing gear used for the illegal act were also held by the Navy.

Further, the North Central Naval Command took hold of 02 more Indian fishing vessels with 20 personnel for engaging in trawling in Sri Lankan territorial waters about 7 nautical miles off Pesalai, Mannar and 5 nautical miles off the Iranativu Island. Along with the accused their fishing gear were also taken into naval custody.

In the same vein, the Eastern Naval Command seized 02 Indian fishing vessels with 20 personnel and their fishing accessories whilst trawling in island’s waters about 7.5 and 8.5 nautical miles off Mullaitivu. The 02 vessels had trespassed into Sri Lankan waters about 62 nautical miles, crossing the International Boundary Line (IMBL) when the apprehension was made.

Thus, the illegal entry of foreign fishermen into Sri Lankan waters and the use of prohibited fishing methods like bottom trawling to catch even very small fish has seriously threatened the marine ecosystem and endanger the livelihood of fishermen in the northern part of the island. Accordingly, the Navy has previously informed the Indian authorities when similar incidents of trawling by Indian fishermen were reported, realizing the damage it causes to the fisheries and marine environment of Sri Lanka.

All these patrols were carried out adhering to safety and health guidelines in place for the prevention of COVID-19 spread and 05 Indian fishing vessels along with 54 personnel will be handed over to relevant authorities for onward legal action.

Further, Sri Lanka Navy will continue to carry out regular patrols in Sri Lankan territorial waters to prevent illegal fishing practices and other illegal acts, with a view to protect the fishery resources claimed by Sri Lanka. 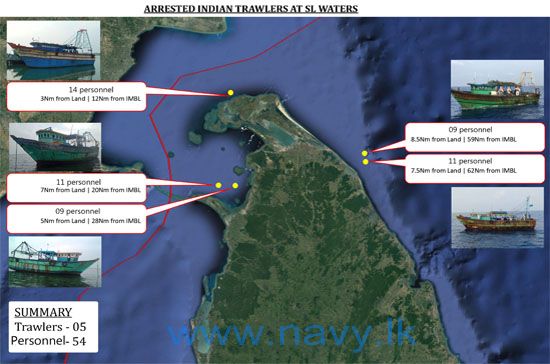 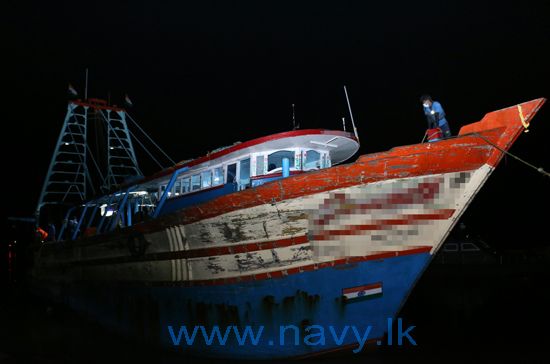 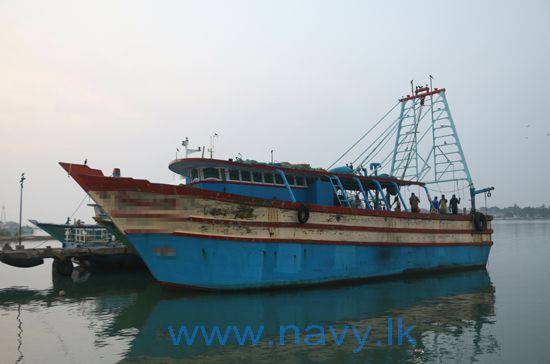 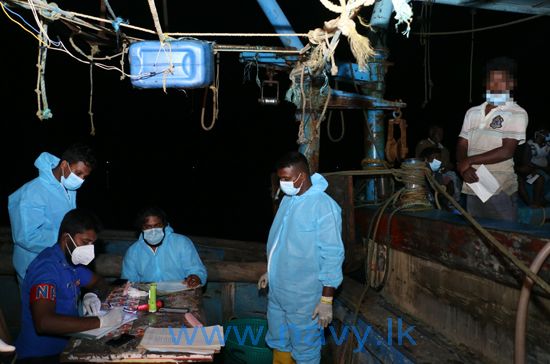 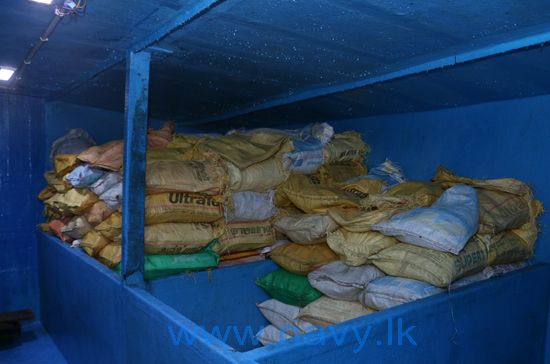 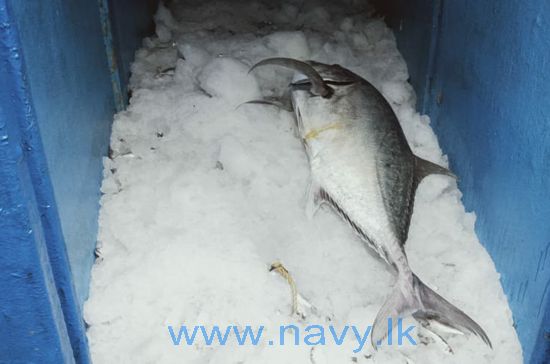 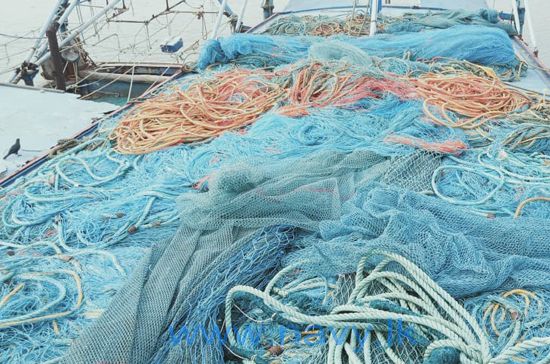 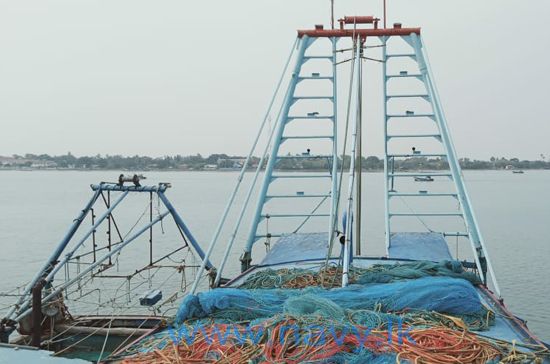 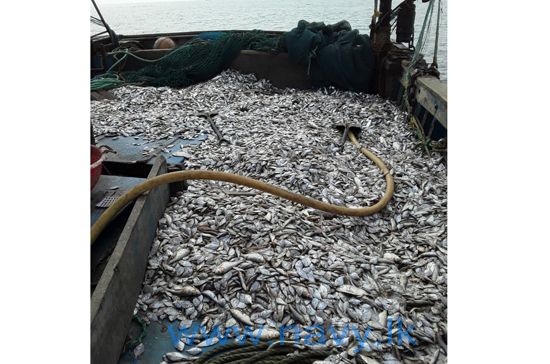 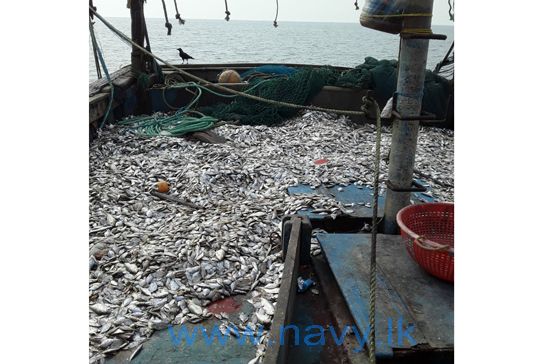 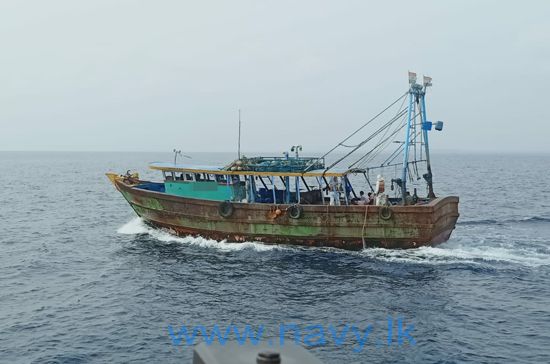 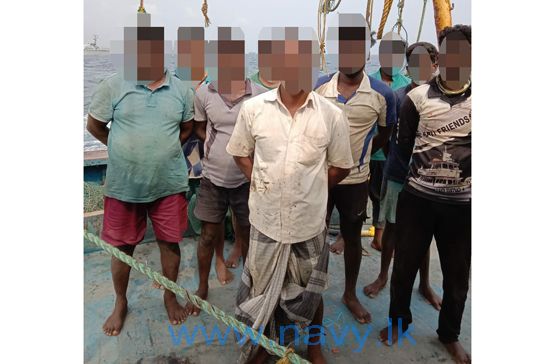 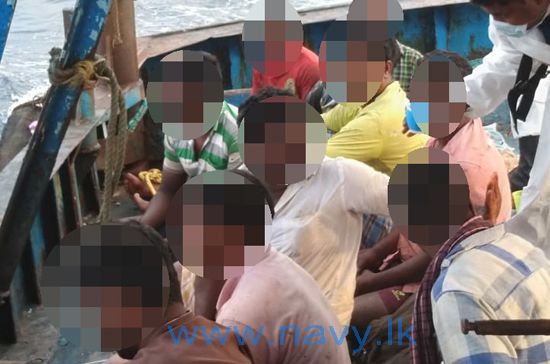