Use of explosives for fishing by certain individuals can wreak havoc on the biodiversity and survival of the marine environment, destroying marine life and coral reefs. This illegal fishing method practiced by certain individuals deals a deadly blow on law abiding fishing community and has a major impact on the depletion fish stocks. Accordingly, the Sri Lanka Navy will continue to focus on the conservation of biodiversity and survival of the marine environment and remains to crack down on all forms of illegal fishing activities, including the use of explosives, in order to secure the livelihood of the majority of lawful fishing community.

Incidentally, during a search conducted off Salpeyaru coast in Trincomalee on 05th April 2021, 04 charges each comprising 03 water gel sticks - a type of commercial explosive, 06 safety fuses each about 03 inches in length and a non-electric detonator were found in a waterproof canister (made of rubber tube) moored by means of a buoy.

By leaving explosives in waterproof canisters of this nature, a handful of people engage in such fishing practices endeavour to continue their illegal acts with scant regard towards marine environment, attempting not to be caught in continuous operations carried out by the Navy and other law enforcing authorities at fisheries harbours and sea as well.

In a separate development, the Navy was able to nab a person with 82 water gel sticks during a search conducted with the Kuchchaveli Police in Erakkandi, Trincomalee on 01st April and another individual with a water gel stick in Poduwakattu area on 27th March. The individuals and commercial explosives held during these separate operations were handed over to the Kuchchaveli Police for onward legal action.

In order to protect the marine environment, fisheries resources and the livelihood of fishers, the Navy continues to operate with the assistance of law-abiding fishing community to apprehend those individuals engage in illegal fishing practices of this nature. 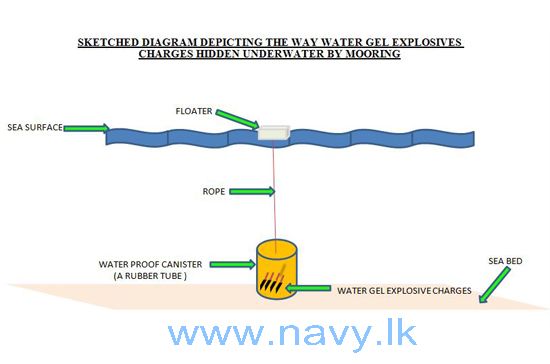 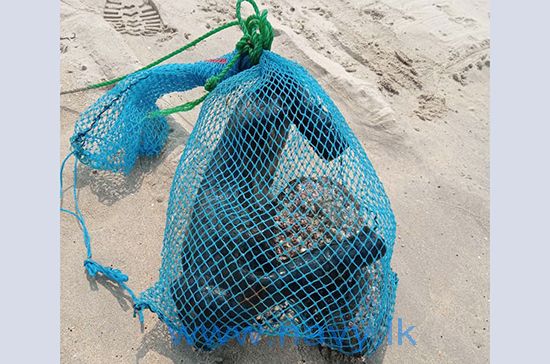 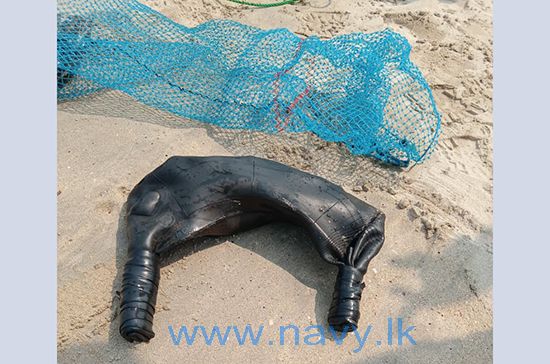 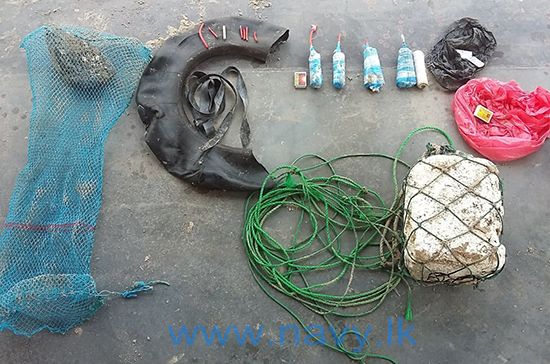 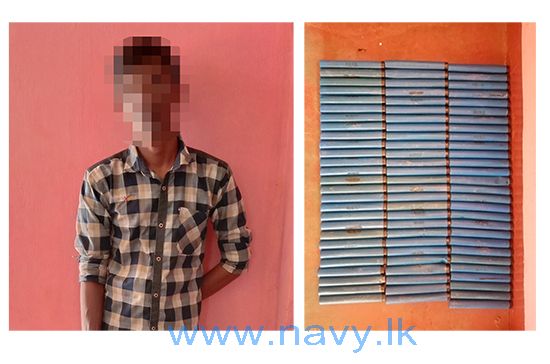 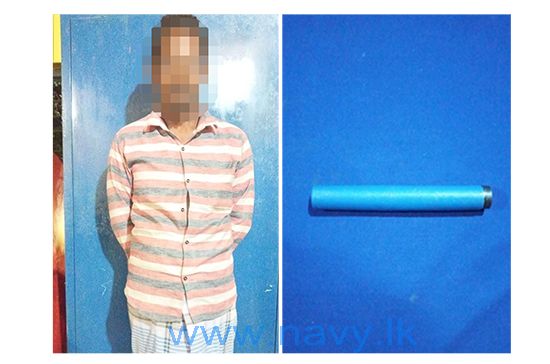