Navy recovers another haul of Kerala cannabis worth over Rs. 55 million in northern seas

Sri Lanka Navy and Sri Lanka Coast Guard managed to recover another haul of Kerala cannabis weighing over 183kg, during a special operation in the seas north of Kankesanthurai in Jaffna, today (03rd May 2021).

Sri Lanka Navy and Sri Lanka Coast Guard have increased their operations and patrols in the northern waters with a view to prevent illegal migration attempts following the looming spike in COVID-19 pandemic as well as to curb smuggling activities. As a result of these increased patrols and operations, the naval and coast guard personnel were able to recover this stock of Kerala cannabis that had been cast-off about 08 nautical miles north of Kankesanthurai by the racketeers, failing to smuggle them into the island. The consignment weighed about 183.9kg and the narcotic substance had been stuffed in 58 parcels which were in 04 sacks.

Meanwhile, the street value of the recovered stock of Kerala cannabis is believed to be over Rs. 55 million. The operation was carried out adhering to COVID-19 protocols in force for the prevention of the pandemic and the haul of Kerala cannabis held in it was set on fire and destroyed today. 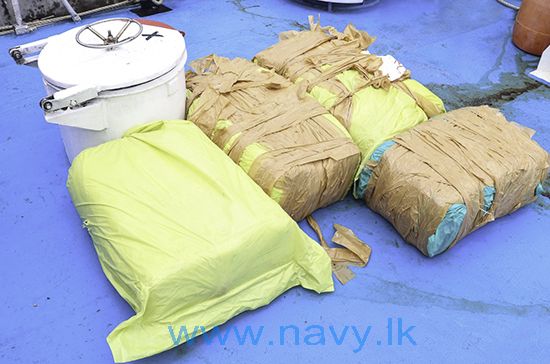 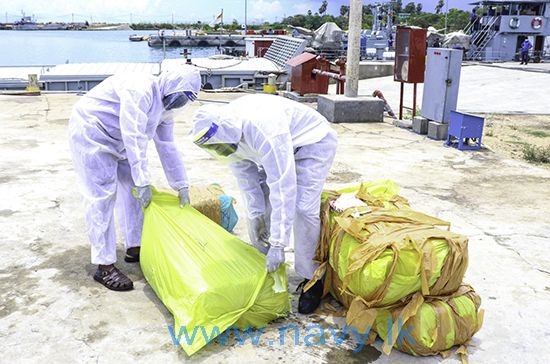 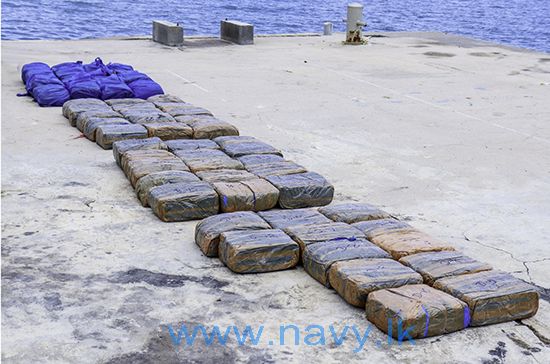 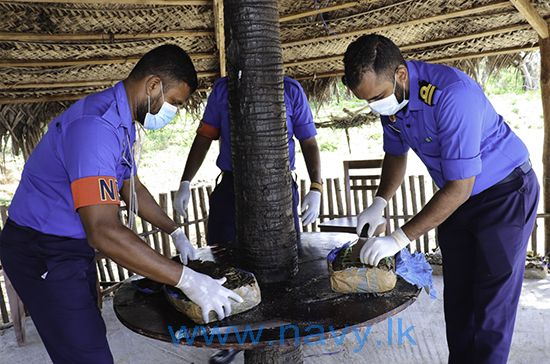 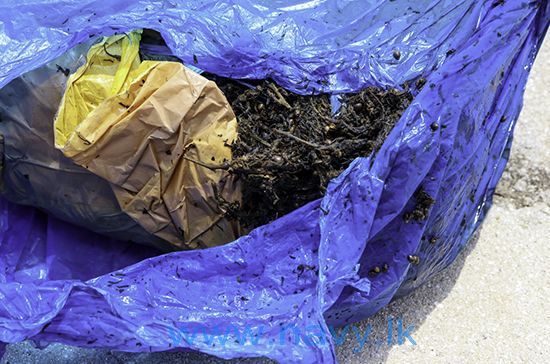