A special operation conducted by the Navy in Rajagiriya area on 03rd May 2021, led to the apprehension of 03 suspects with about 311g and 250mg of crystal methamphetamine (Ice) and about 47g and 600mg of hashish.

Accordingly, the combined operation carried out by the Western Naval Command and Rajagiriya STF made way to find about 311g and 250mg of Ice and about 47g and 600mg of hashish, in possession of these 03 suspects. It was further revealed that the suspects were transferring the narcotic substances for sale. As such, the 03 suspects along with illegal drugs were taken into custody.

The operation was carried out adhering to COVID-19 protocols in force for the prevention of the transmission of the pandemic and the accused held in it were identified as residents of Borella, from 26 to 30 years of age. Meanwhile, the suspects together with narcotic substances were subsequently handed over to the Borella Police for onward legal action. 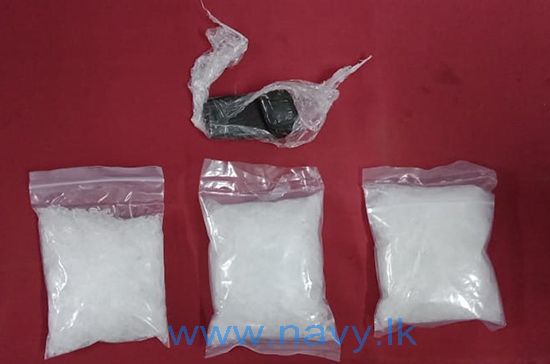 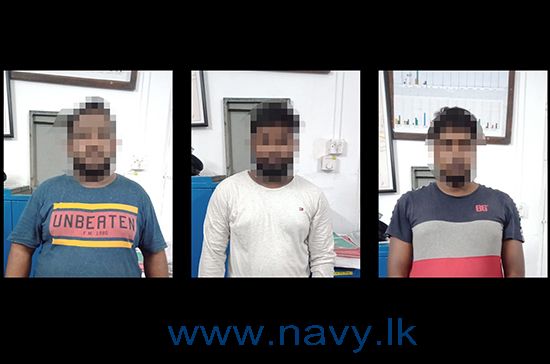