The fire that broke out in the forecastle area of the MV X-PRESS PEARL, a container ship anchored 9.5 nautical miles northwest of the Port of Colombo, is now spreading to the quarterdeck where the bridge is stationed. The fire was exacerbated by strong winds due to changing weather conditions. However, the crew of the ship and members of the emergency response team of the Salvor have been safely brought ashore as of now.

Against this backdrop, an Indian Coast Guard Maritime Pollution Preventive Ship with firefighting capabilities is scheduled to arrive to the scene of action by nightfall‍, at the request of Commander of the Navy, Vice Admiral Nishantha Ulugetenne. In addition, a Dornier aircraft carrying fire extinguishing agents and oil- dispersants is also made ready to respond in the event of an emergency. Meanwhile, Commander of the Navy making a visit to the Operations Room of the Western Naval Command reviewed the developments with Commander Western Naval Area and Director General Operations and gave necessary instruction for onward action to be initiated.

Also, due to the rough seas caused by the prevailing bad weather, the ship is now poised with a starboard list (lean to the right). As a result, some of the containers onboard have tumbled into the sea and some of which are believed to have sunk in waters. As such, the Navy cautions the fishing community engaging in fishing in the area to avoid this particular sea area. 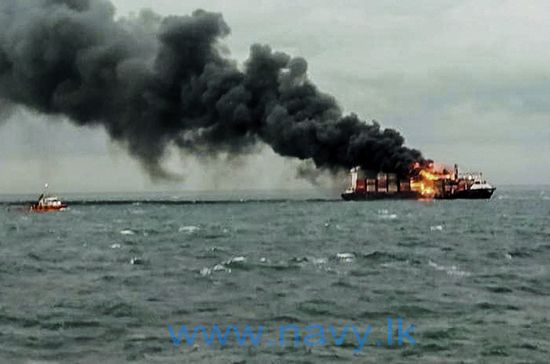 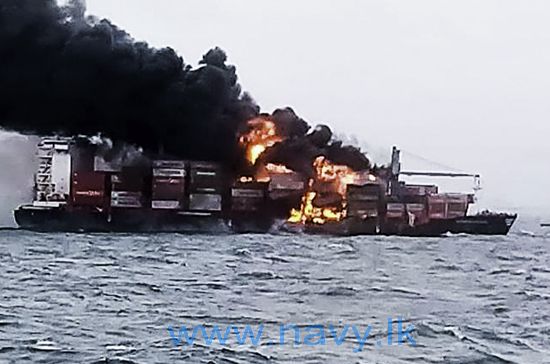 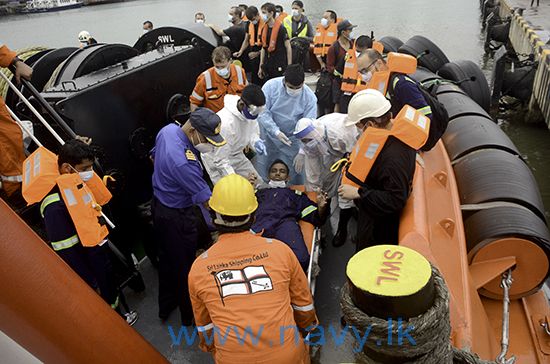 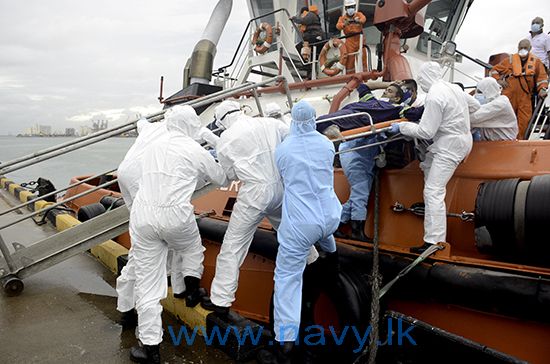 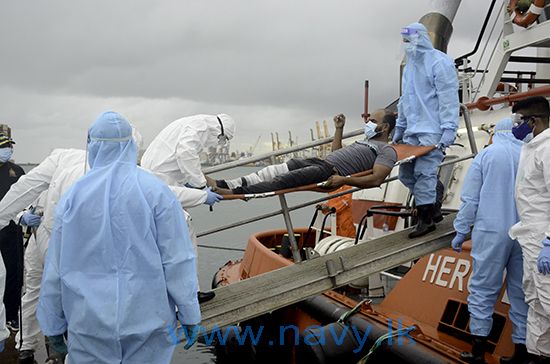 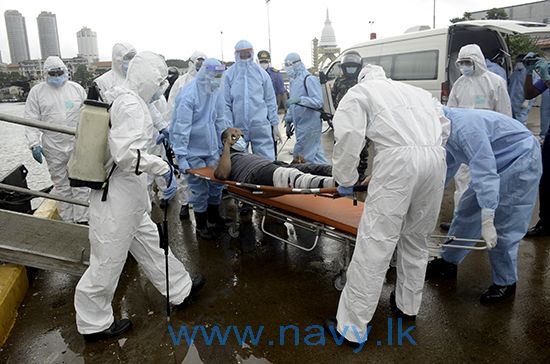 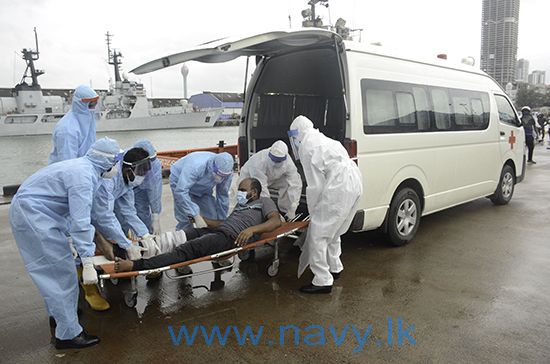 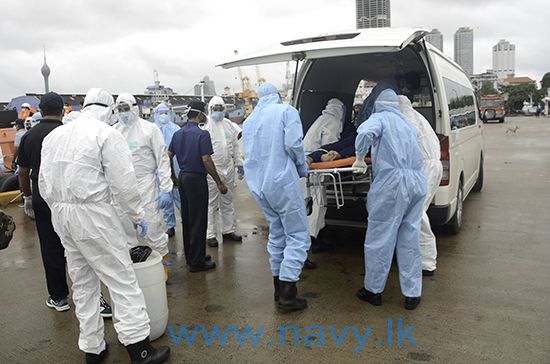 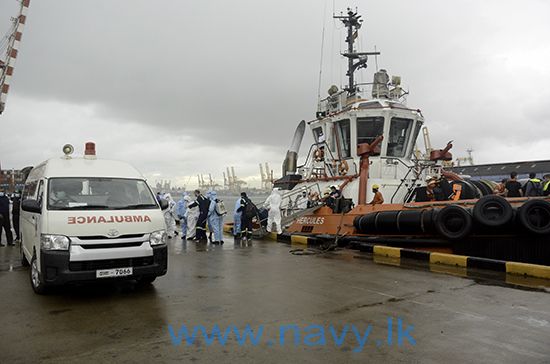 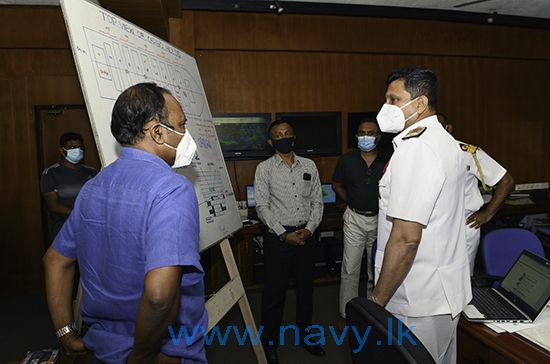