The fire that broke out in the forecastle area of the MV X-PRESS PEARL, a container ship anchored 9.5 nautical miles northwest of the Port of Colombo, has now extended to the quarterdeck where the bridge is stationed. Further, it is observed that the containers and various parts that are falling overboard the distressed ship wash ashore.

As such, the Sri Lanka Navy along with Marine Environment Protection Authority (MEPA) is paying special attention on debris wash ashore from the fire stricken ship and has launched a special security arrangement with the Sri Lanka Coast Guard to investigate the impact on the coastal environment and educate the general public in coastal areas from Dickowita to Chilaw which are likely to gather more debris from the distressed ship. Similarly, the same arrangement is in place covering the coastline from Wellawatte to Panadura.

Meanwhile, a partly burned container washed ashore at Thalahena beach in Negombo today (26th May 2021) and it is believed to be a container that fell overboard the fire-hit vessel. It is possible that containers and other debris falling from the distressed ship from time to time, to reach the coast along Dikovita to Chilaw as revealed by model of current weather pattern. Therefore, the general public and fishing community are cautioned not to get in touch with such elements as they could carry harmful chemicals.

In the meantime, Sri Lanka Naval Ship Sindurala as well as Indian Coast Guard Maritime Pollution Control Ships ‘Vajra’ and ‘Vaibhav’ have been deployed on the site where MV X-PRESS PEARL is lying. 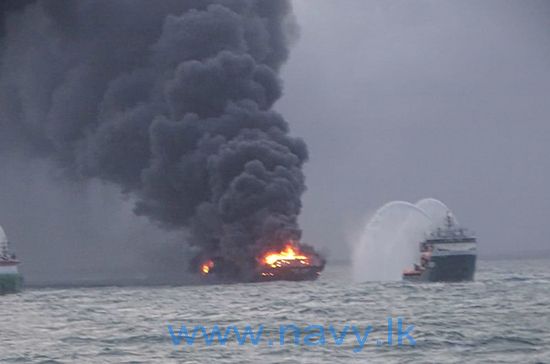 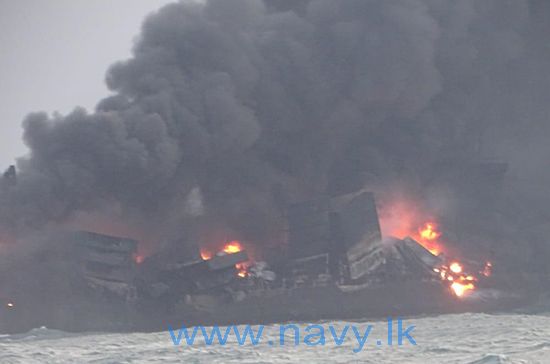 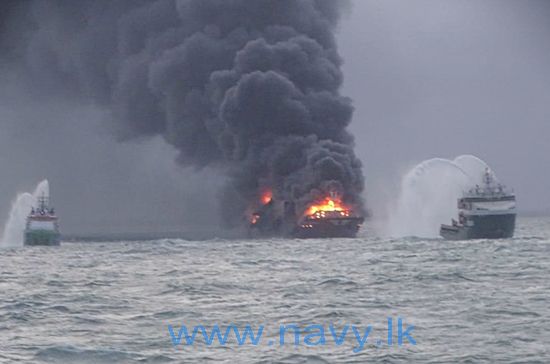 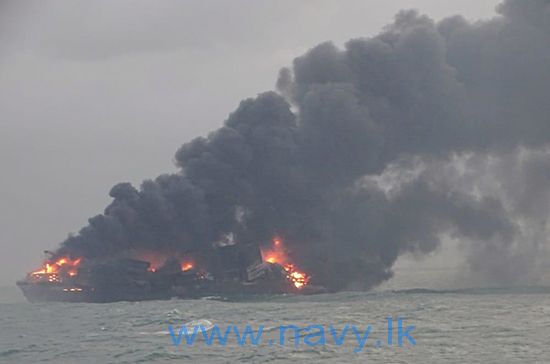 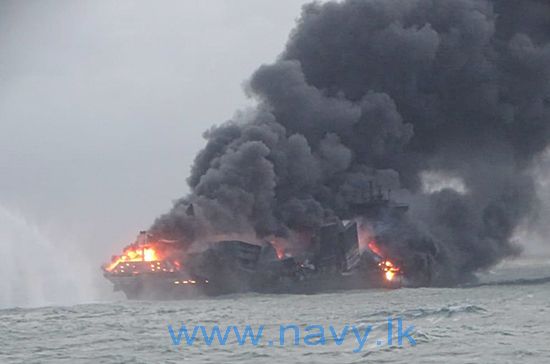 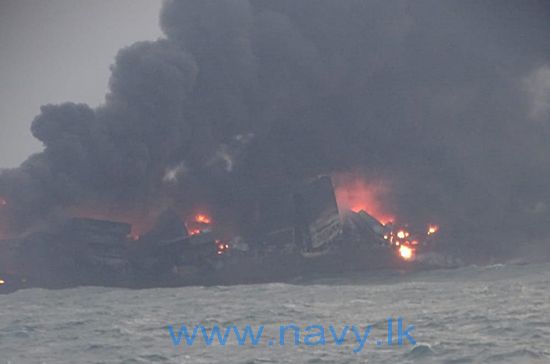 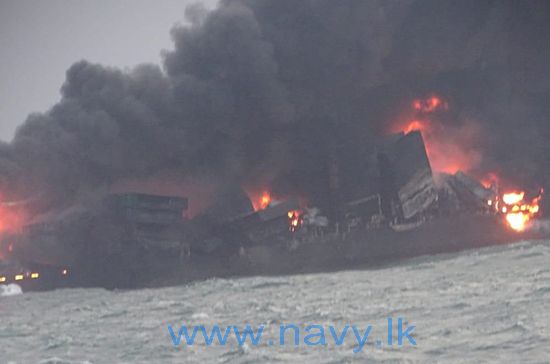 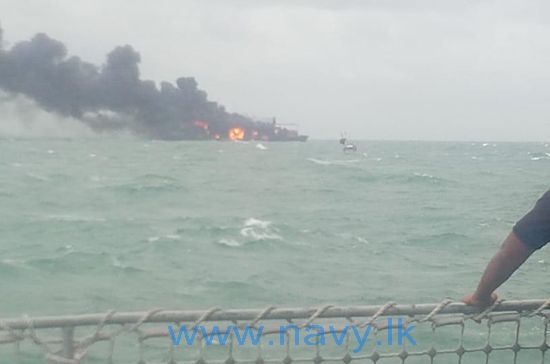 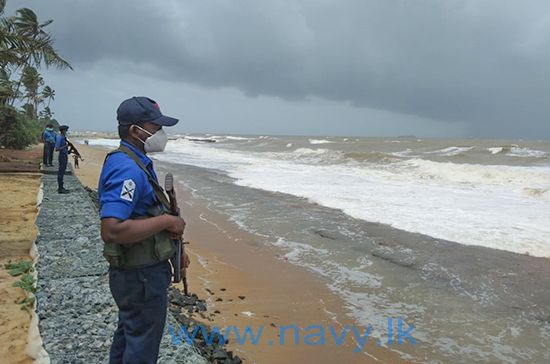