To provide relief to the people affected by floods in the Western, Southern and Sabaragamuwa Provinces due to heavy rains, Sri Lanka Navy has deployed 32 relief teams in flood relief operations in the districts of Colombo, Gampaha, Kalutara, Galle and Rathnapura. Meanwhile, the Navy teams continue to attend urgent relief operations focusing the flood affected communities today (07th June 2021) as well.

With the rising water level in Gin Ganga following showery weather waste, debris and tree remains brought in by tributaries of Gin Ganga trapped them under the narrow Wakwella bridge hampering the free downstream of water. Accordingly, the Navy together with Department of Irrigation pressed into action to clear the blockage and averted a possible flood-risk in the area on 06th June.

Due to the heavy rains in the Gampaha district, the banks of the Ja-Ela Danduganga Oya had been damaged and the surrounding villages were at risk of flooding. To avert this danger, the Navy, Army and Police stacked sandbags atop the banks on 06th June 2021 and prevented a possible flood threat in the area.

In addition, the Navy is constantly on the lookout to deploy additional teams to provide relief to the flood-affected people. 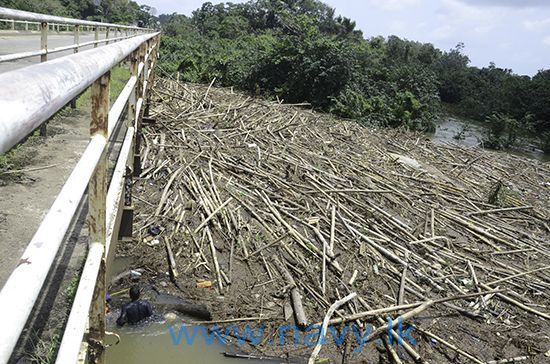 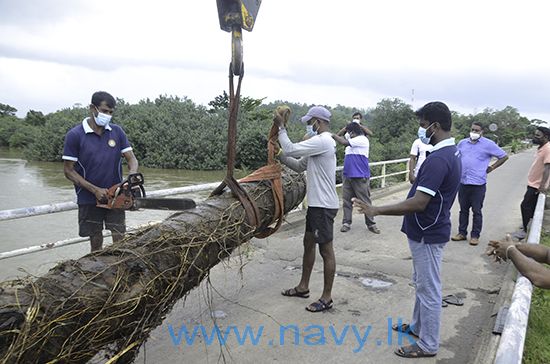 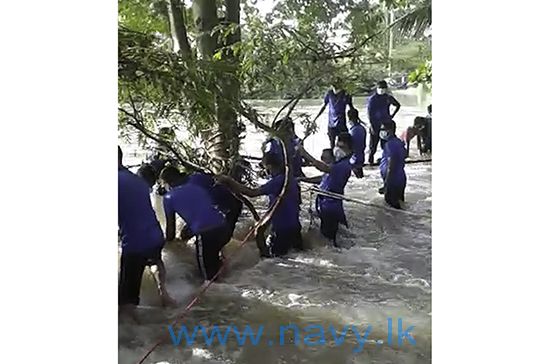 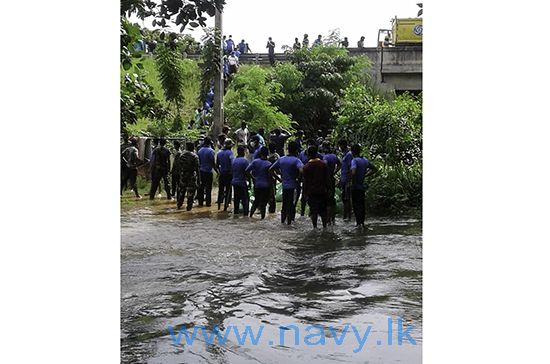 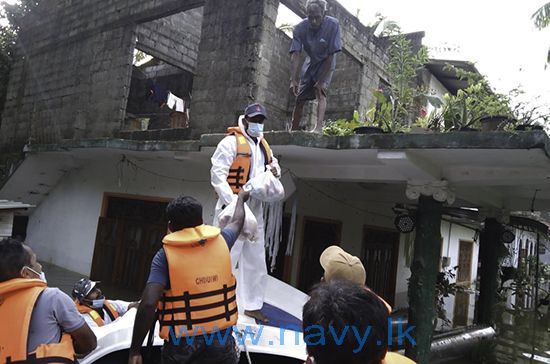 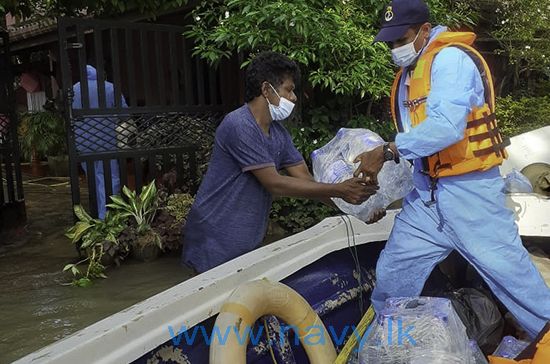