Sri Lanka Navy managed to seize about 2021kg and 400g of dried turmeric attempted to be smuggled into the country, during special operations conducted in the beach areas of Achchanakulam, Naruvilikkulam and South Bar on 29th and 30th June and 01st July 2021. The operation also made way to apprehend 06 suspects, 02 dinghies, 01 van and 01 three-wheeler in connection to these dried turmeric rackets.

The Navy has been conducting regular operations in island waters with a view to curb smuggling by sea routes. In a similar operation in seas off Achchanakulam on 29th June, the North Central Naval Command seized a stock of dried turmeric after intercepting a suspicious dinghy. The dinghy had been loaded with about 601kg and 100g (wet weight) of turmeric in 13 gunny sacks. Incidentally, the Navy also apprehended 02 persons aboard along with the dinghy used for this illegal act.

In a separate patrol carried out in the beach area of Naruvilikkulam on 30th June, the Navy was able to take hold of about 642kg and 700g of dried turmeric in 14 gunny sacks cast way in shrubs close to the beach, being unable to take the haul away as a result of naval operations in the area.

In another special operation conducted in the lagoon area of South Bar in Mannar this morning (01st July) the Navy nabbed 04 more individuals who were loading dried turmeric sacks smuggled in via the lagoon, to a van. The 28 sacks seized during the operation stuffed with dried turmeric weighing around 777kg and 600g. The operation also led to the apprehension of the dinghy used to transfer the consignment as well as the van and another three-wheeler on the location to transport dried turmeric.

These operations were conducted adhering to COVID-19 protocols in force for the prevention the spread of the pandemic and about 2021kg and 400g of dried turmeric were held during these operations within only 03 days. 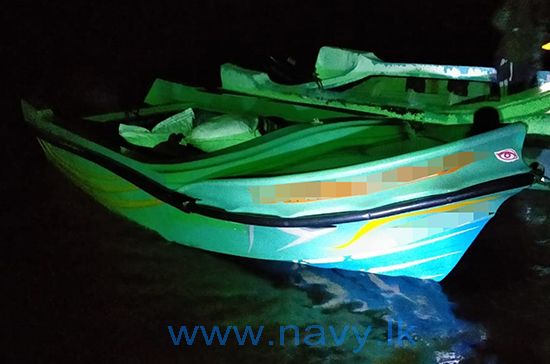 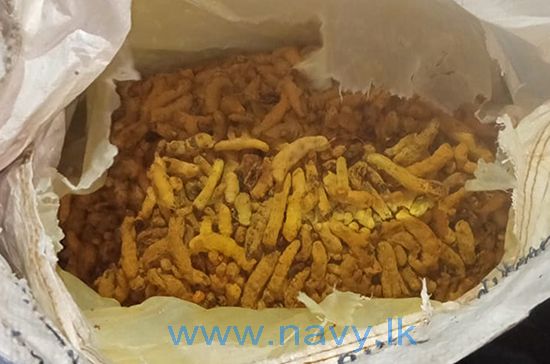 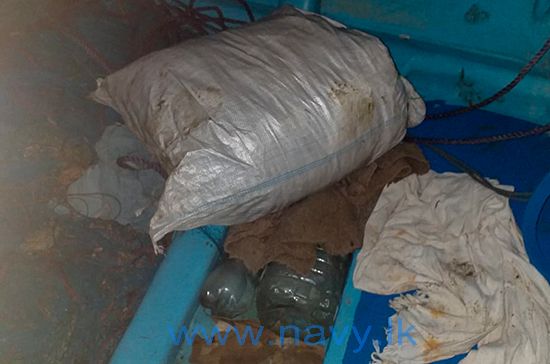