The Navy managed to seize about 139kg and 930g stock of Kerala cannabis, during a special operation conducted in the seas off Manalkadu, Point Pedro in the wee hours today (26th August 2021). The operation also led to the apprehension of 02 suspects involved in this illegal act.

Sri Lanka Navy has been conducting regular operations to thwart illegal activities including smuggling of drugs stemming via sea routes. Accordingly, the Northern Naval Command deployed Inshore Patrol Craft P 177 and carried out this special operation, having spotted a suspicious dinghy speeding off landward from Manalkadu sea area today. As the suspicious dinghy was in an attempt to evade the search, by dumping several sacks into water, it was intercepted by P 177. Subsequent search of the dinghy led to the seizure of a sack filled with Kerala cannabis and apprehension of 02 suspects involved in the racket.

Meanwhile, the Navy deployed Fast Attack Craft P 480 and P 433 of 04th Fast Attack Craft Flotilla (4 FAF) attached to the Northern Naval Command along with Inshore Patrol Craft P 105 for further search in the same sea area and SLN units retrieved 03 more sacks of Kerala cannabis. As such, the entire operation paved the way to recover about 139kg and 930g Kerala cannabis and apprehension of 02 suspects and a dinghy.

It is suspected that the smugglers have transferred this stock of Kerala to the dingy at the International Maritime Boundary Line (IMBL) with the intention of smuggling them into the island. Meanwhile, the street value of the seized stock of Kerala cannabis in believed to be over Rs. 41 million.

The operation was conducted adhering to COVID-19 protocols in force for the prevention of the pandemic spread. The suspects held in the operation were identified as residents of Point Pedro, aged 22 and 26. The accused along with the stock of Kerala cannabis and the dinghy were handed over to the Point Pedro Police for onward legal action. 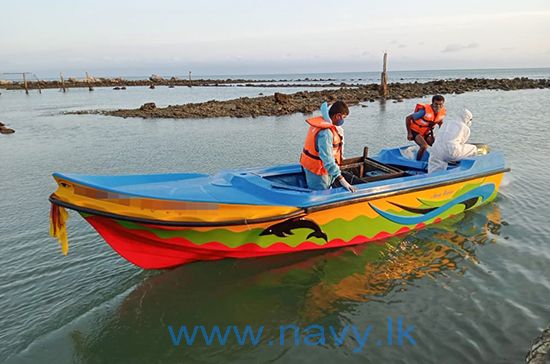 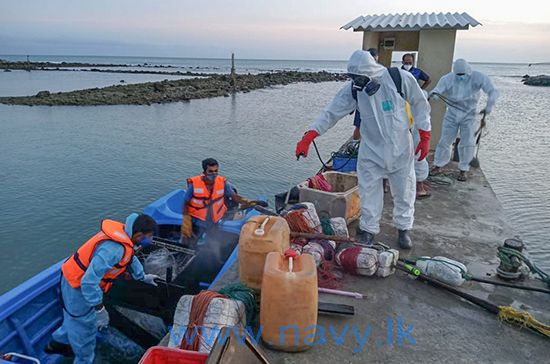 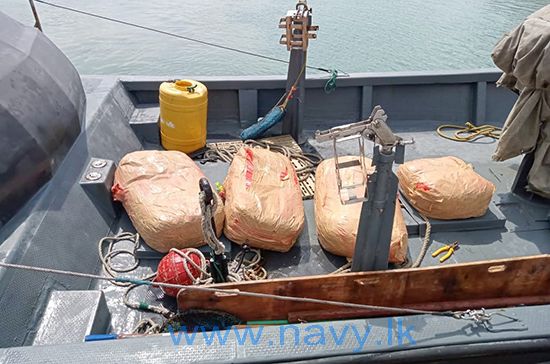 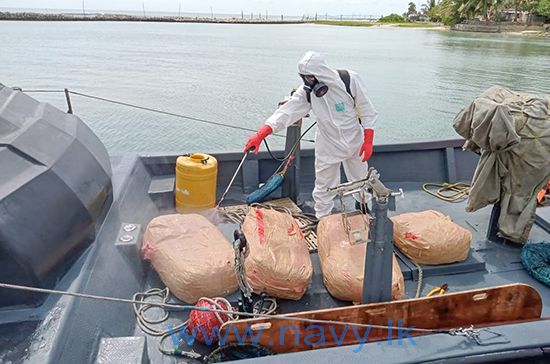 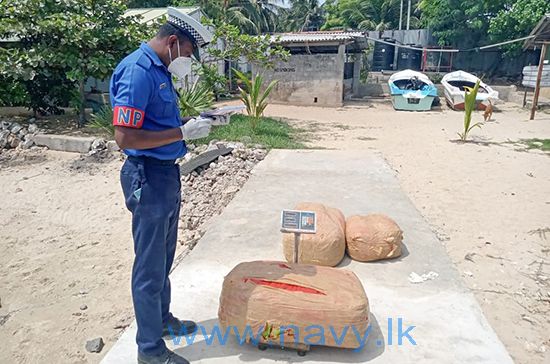 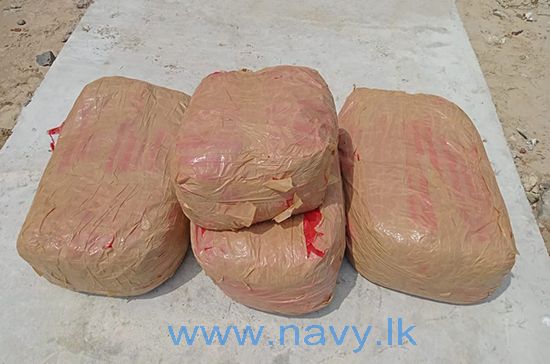 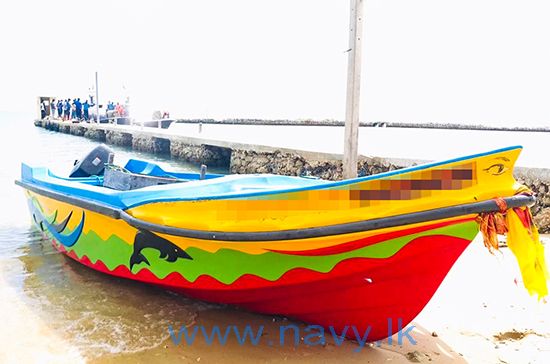 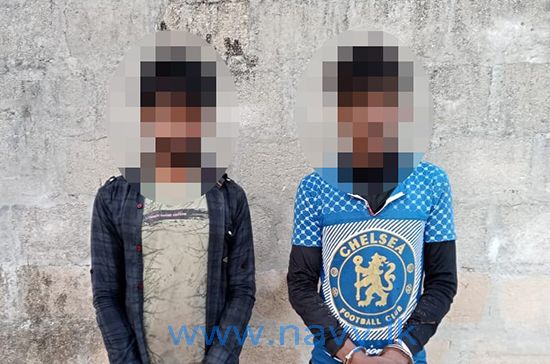