Special operations conducted by the Navy in seas off Gurunagar, Jaffna and Arippu, Silawathura on 09th and 10th September 2021, led to the seizure of over 1136kg stock of smuggled dried turmeric and apprehension of 05 suspects together with 02 dinghies used for the racket.

During a special operation carried out in the Jaffna lagoon off Gurunagar on the night of 09th September, Sri Lanka Naval Ship (SLNS) Welusumana of the Northern Naval Command spotted a suspicious dinghy approaching Gurunagar through the lagoon. Accordingly, SLNS Welusumana deployed P 010 Inshore Patrol Craft and a team of small boats to intercept the suspicious dinghy and it led to the recovery of about 617kg and 450g of dried turmeric in 12 sacks. Following the recovery of contraband, the consignment of dried turmeric was held with 03 suspects aboard and the dinghy used for this illegal act.

In the same vein, a team of Special Boat Squadron (SBS) attached to SLNS Therapuththa in the Northwestern Naval Command mounted another operation off Arippu today (10th September), after detecting a suspicious dinghy speeding off towards land. When the dinghy was searched, the Navy managed to take hold of 14 sacks filled with dried turmeric amounting to approx. 519kg. Along with the stock of dried turmeric, the Navy also nabbed 02 suspects aboard and took the dinghy into naval custody. As such, these separate operations conducted by Northern and Northwestern Commands on 09th and 10th September, made way to seize over 1136kg stock of smuggled dried turmeric in total.

The operations were conducted in compliance with COVID-19 protocols in force for the prevention of the pandemic transmission. The accused held in these operations were identified as residents of Pasur, Walaipadu and Silawathura, from 25 to 45 years of age. The suspects, dried turmeric and the dinghy held in Gurunagar will be handed over to the Customs Office in Jaffna for onward legal proceedings. Meanwhile, the accused together with seized contraband and the dinghy held in Silawathura handed over to the Silawathura Police for legal action. 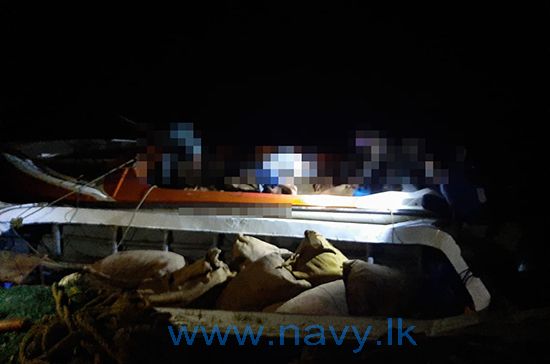 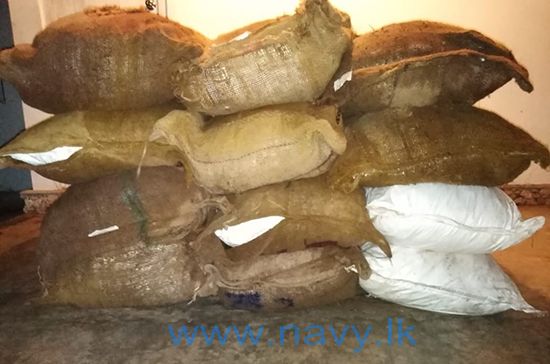 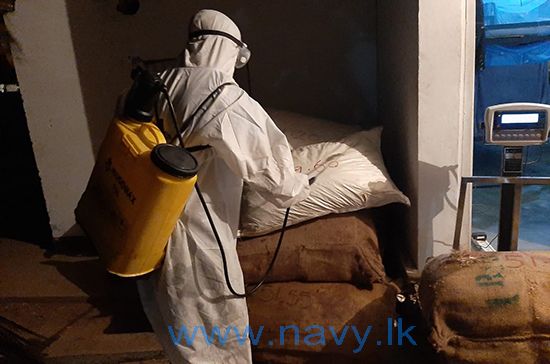 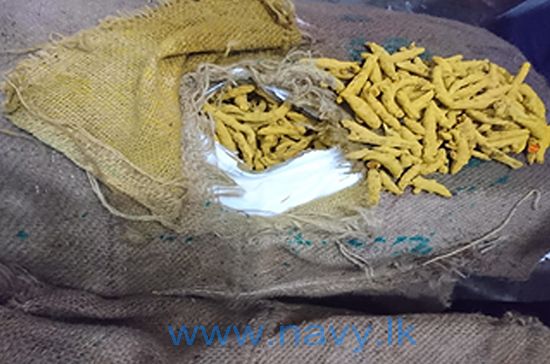 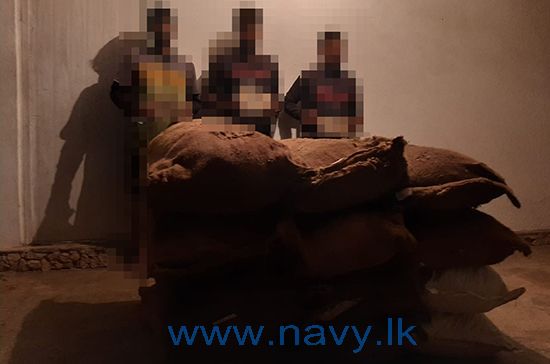 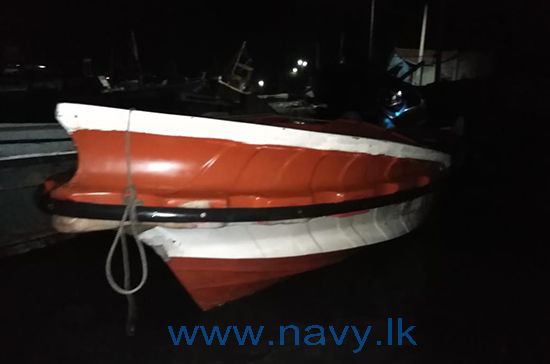 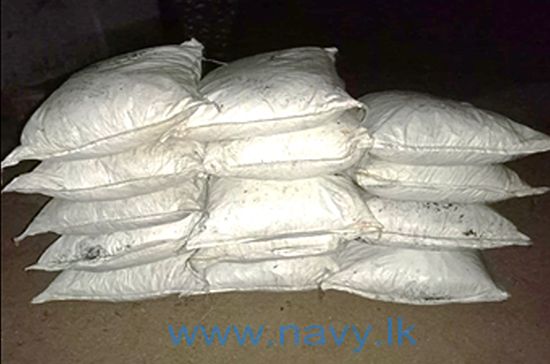 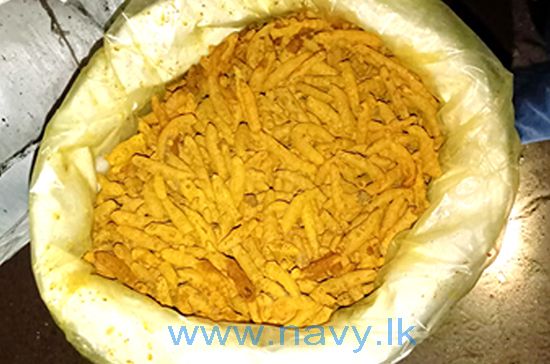 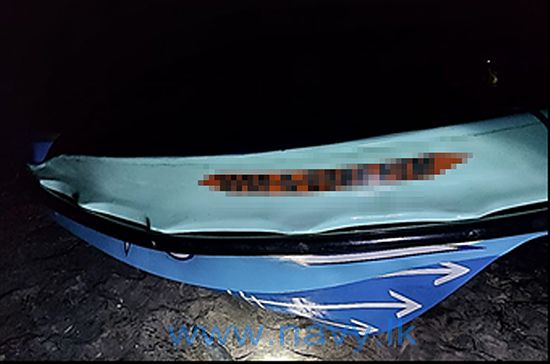