Navy apprehends 04 suspects with Crystal Methamphetamine (ICE) worth over Rs. 79 million in Talaimannar

A special operation conducted by the Navy in the beach area of Urumalai, Talaimannar in the dark hours on 14th September 2021, led to the seizure of about 09kg and 914g of Crystal Methamphetamine (Ice) attempted to be smuggled into the country. The operation also made way to the apprehension of 04 suspects and a dinghy in connection to this racket.

Accordingly, Sri Lanka Naval Ship (SLNS) Thammanna in the North Central Naval Command made this arrest, after searching a suspicious dinghy approaching the Urumalai beach in the midnight of 14th September. The search led to the recovery of about 09kg and 914g of Crystal Methamphetamine in 10 parcels which were subsequently taken into naval custody with 04 suspects and the dinghy used for this smuggling attempt.

Meanwhile the gross street value of the stock of drug substance is believed to be over Rs. 79 million.

The operation was carried out adhering to COVID-19 protocols in force, to prevent the pandemic transmission. The accused held during this operation were identified as residents of Urumalai in Talaimannar, from 28 to 37 years of age. The suspects together with drugs, the dinghy and other accessories were handed over to the Mannar Police for onward legal action. 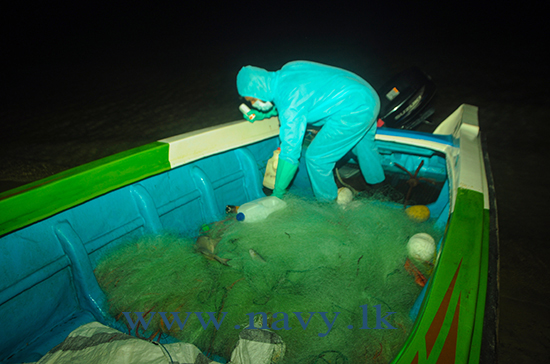 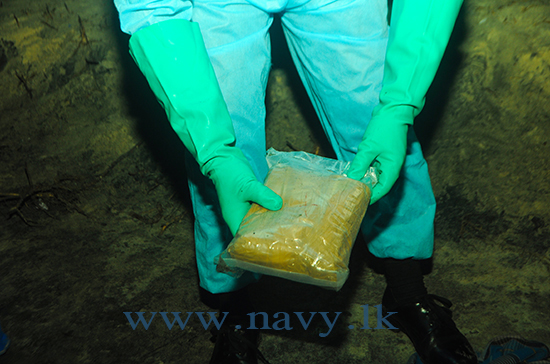 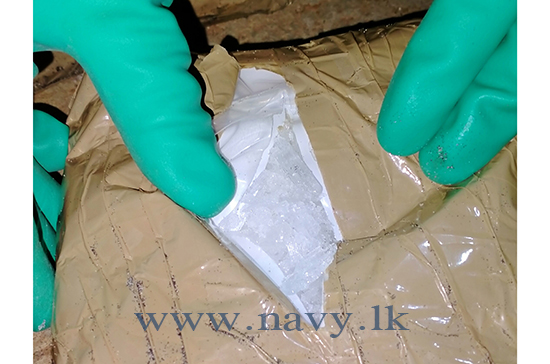 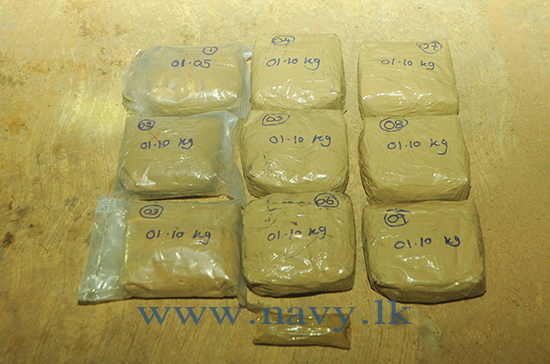