Sri Lanka Navy with the assistance of Sri Lanka Coast Guard brought ashore 02 critically injured fishermen for treatment, on 18th September 2021. The fishermen were seriously injured in a dispute between two groups of fishers aboard a local fishing vessel in the southern seas about 120 nautical miles (222 km) off Galle.

The Department of Fisheries and Aquatic Resources, has disseminated the development to the Maritime Rescue Coordination Centre (MRCC) Colombo at Navy Headquarters, about the laceration injuries on 02 fishermen following the dispute and requested assistance to transfer them ashore. This fishing trawler “Dahami 02’ (Register No: IMUL- A- 0926-MRT) had ventured out for fishing from the Kudawella Fisheries Harbour with six fishers on 23rd August 2021. In response to a request for assistance, Sri Lanka Navy directed the Sri Lanka Coast Guard Ship ‘Samaraksha’ patrolling in the southern seas to retrieve the injured fishermen. Accordingly, the injured were taken aboard and the ship sailed ashore while the wounded fishermen being administered first aid.

In the meantime, Sri Lanka Navy sent out the Fast Attack Craft P 422 off Galle harbour where the Coast Guard Ship had arrived with the patients, on 18th September. Subsequently, they were promptly brought to the Galle harbour by naval craft and rushed them to the Teaching Hospital of Karapitiya, Galle for medical attention.

Meanwhile, the Navy stands ready to respond to this nature of eventualities around the clock, with a view to assist naval and fishing community in distress in Sri Lanka’s Search and Rescue Region. 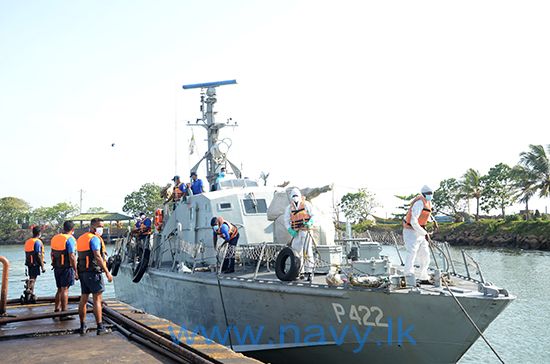 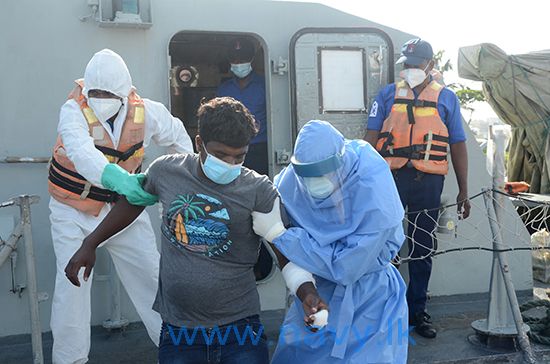 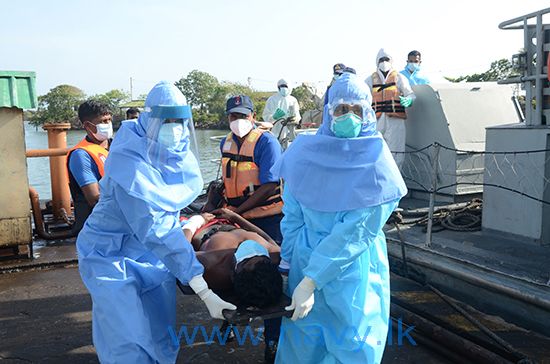 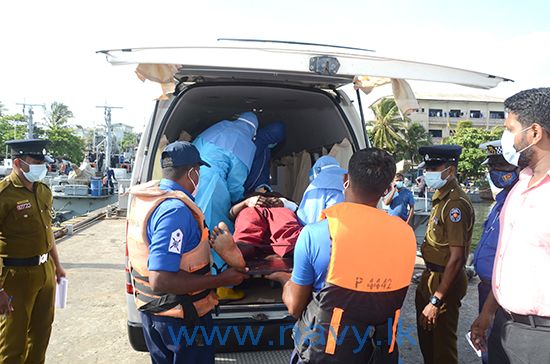 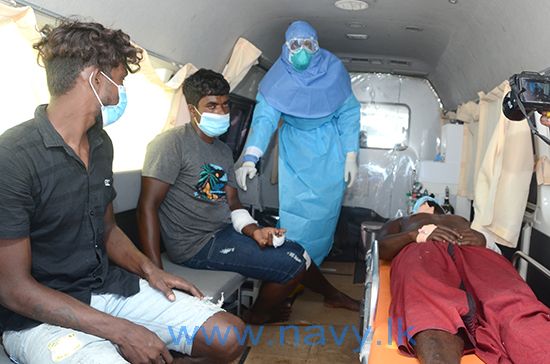 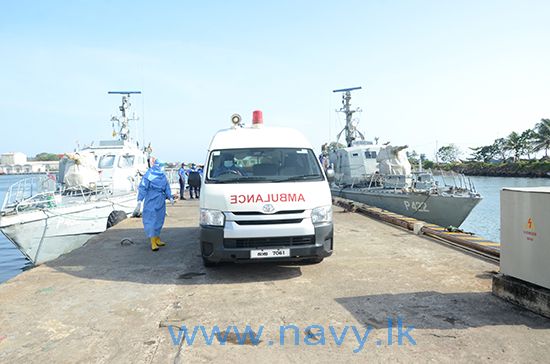