Navy nabs 02 suspects with Crystal Methamphetamine worth over Rs. 79 million

The Navy arrested 02 suspects with about 09kg and 920g of Crystal Methamphetamine known as ‘Ice’, and a truck during a special operation conducted in Murunkan, Mannar in the dark hours on 01st October 2021.

As an extension of anti-drug operations being carried out by the Navy in coastal areas of the island to curb drug smuggling attempts, SLNS Pussadewa in the North Central Naval Command made this arrest in a coordinated operation conducted with the Mannar Police in Murunkan on 01st October. Accordingly, the raiding party managed to find the stock of Crystal Methamphetamine after inspecting a suspicious truck on the road. The recovered narcotic substance (in 10 packages) was concealed in an underside compartment at the back end of the truck. As such, the consignment of drugs that weighed about 09kg and 920g together with 02 suspects and the vehicle were taken into custody.

Meanwhile, the street value of the stock of ‘Ice’ held in this operation is believed to be over Rs. 79 million.

The operation was carried out adhering to COVID-19 protocols to prevent the transmission of the pandemic. Meanwhile, the accused held in the operation are residents of Vavuniya, aged 30 and 42. The suspects together with drug substance and truck were handed over to the Murunkan Police for onward legal action. 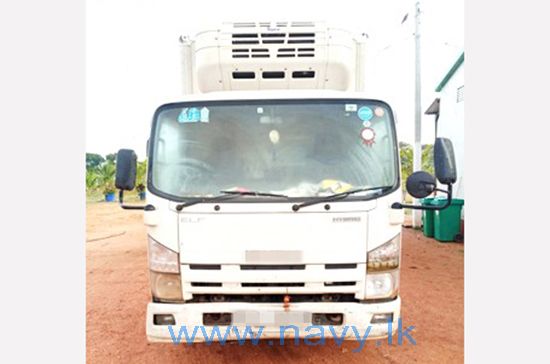 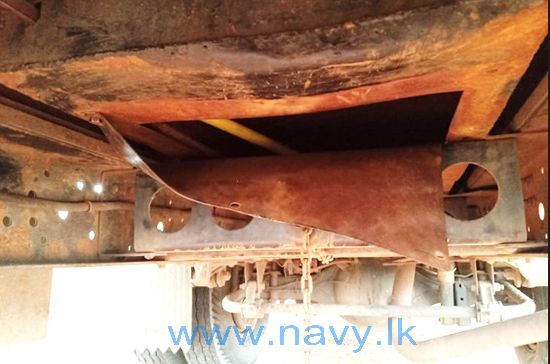 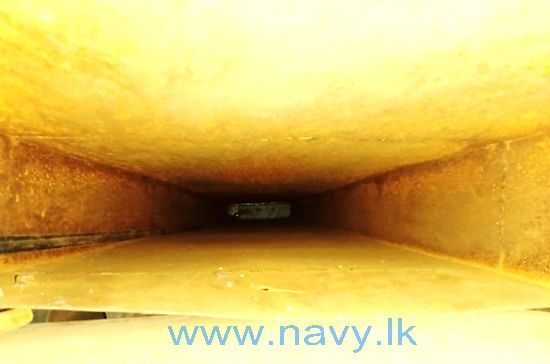 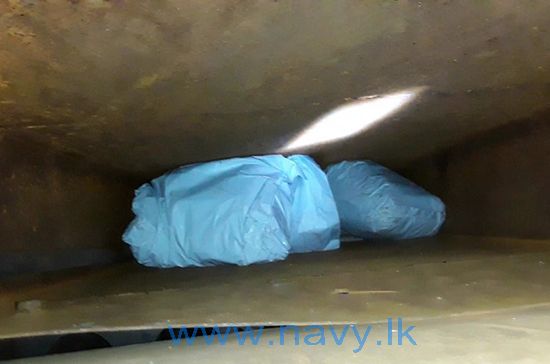 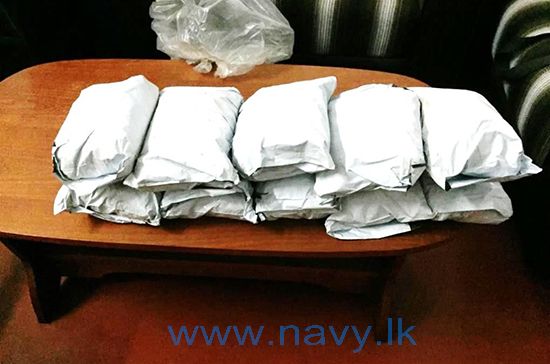 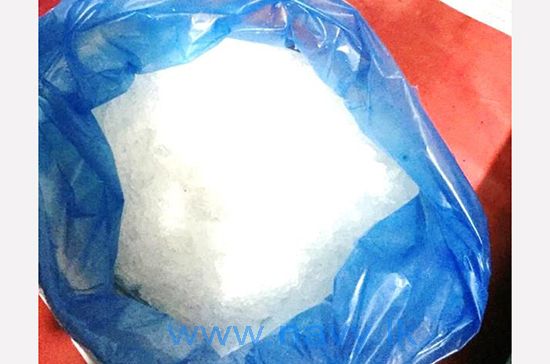