Navy takes hold of a stock of Kerala cannabis in Mannar

A special operation conducted by Sri Lanka Navy at Narivilakulam beach in Mannar on 04th October 2021 led to the seizure of about 45kg and 100g of Kerala cannabis (with wet weight), left behind by smugglers afraid of naval operations.

The Navy has been conducting regular operations in coastal waters around the island to prevent wide array of smuggling attempts originating via sea routes. In a similar operation at Narivilakulam beach on 04th October 2021, SLNS Pussadewa in the North Central Naval Command managed to recover about 45kg and 100g Kerala cannabis (with wet weight), abandoned by smugglers at the beach being unable to take them away due to naval operations in the area. The consignment of Kerala cannabis was in 12 packages which were subsequently taken in to naval custody.

The street value of the seized stock of Kerala cannabis is believed to be more than Rs. 13 million.

The operation was conducted in accordance with COVID-19 protocols and the stock of narcotic substance will be set on fire and destroyed. 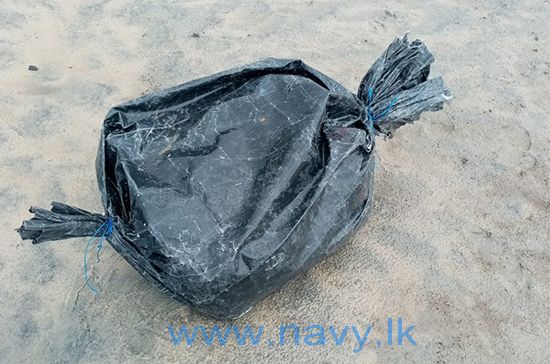 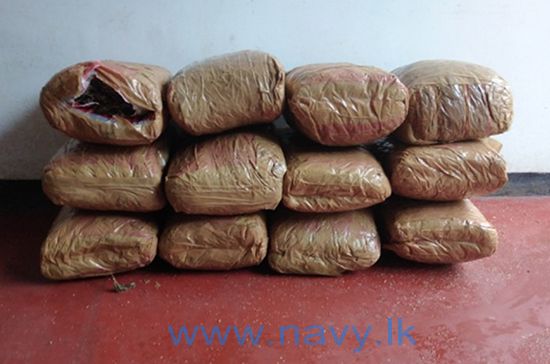 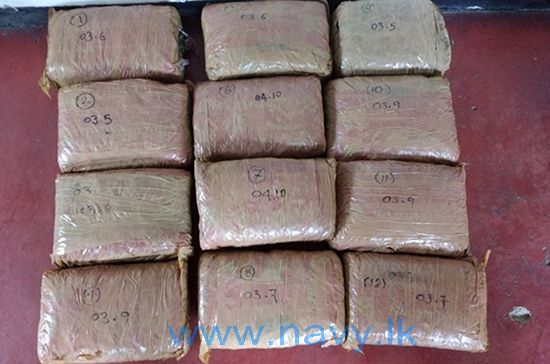 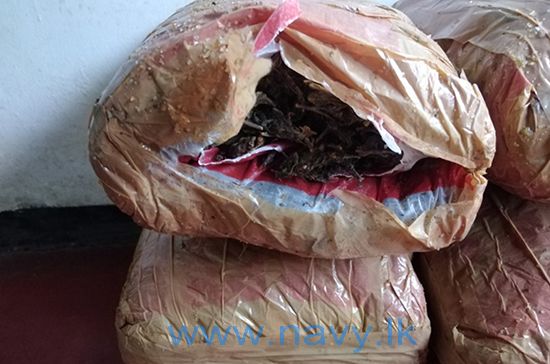