Sri Lanka Navy managed to take hold of over 1135kg of smuggled dried turmeric, during special operations carried out in Kalpitiya and Mannar on 20th October 2021. The operations also made way to apprehend a suspect and a cab used for the illegal transfer of turmeric stocks.

Incidentally, a team of Navy Marines attached to SLNS Vijaya in the Northwestern Naval Command in a special operation at Thillaiadi beach in Kalpitiya apprehended a suspect who was loading dried turmeric to a cab in the dark hours on 20th October. Along with the suspect, the 19 sacks of dried turmeric which weighed about 640kg and the cab were taken into naval custody.

In another operation conducted by a team of Special Boat Squadron Personnel attached to SLNS Vijaya recovered 03 sacks of dried turmeric in seas off Kandakkuliya, Kalpitiya in the dark hours on the same day. The operation was mounted by means of Inshore Patrol Craft P 237 and the abandoned sacks contained turmeric weighing about 100kg with wet weight. It is believed that smugglers might have left behind the stuff, afraid of naval operations in the area.

Meanwhile, SLNS Pussadewa in the North Central naval Command carried out another operation in coordination with the Sri Lanka Army and Adampan Police and recovered another stock of dried turmeric submerged in coastal waters off Kilikarayanpiddi, Mannar, at the night of 20th October. The 10 sacks recovered were stuffed with about 395kg of dried turmeric (with wet weight).

The operations were conducted adhering to COVID-19 protocols to prevent possible transmission of the pandemic. The suspect, dried turmeric stock and the cab held at Thillaiadi beach were handed over to the Katunayake Customs Preventive Office for onward legal proceedings. The dried turmeric seized in the seas off Kandakkuliya has been kept in the custody of the Navy for further investigations and similar contraband item held in Kilikarayanpiddi was handed over to the Adampan Police for onward legal action. 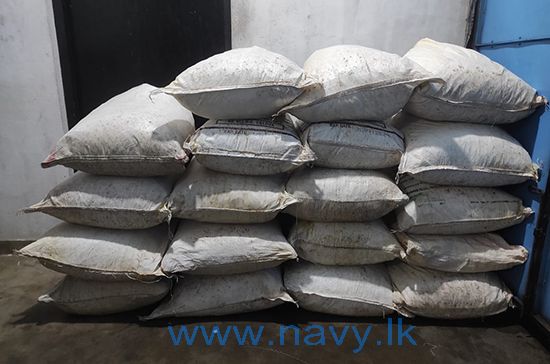 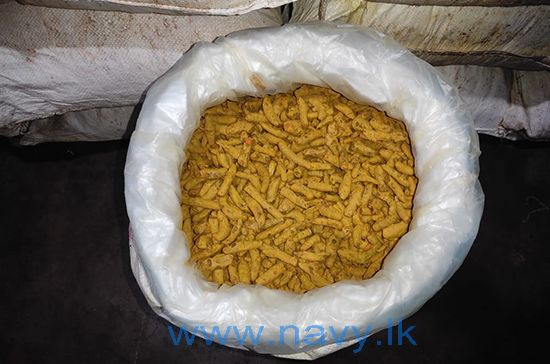 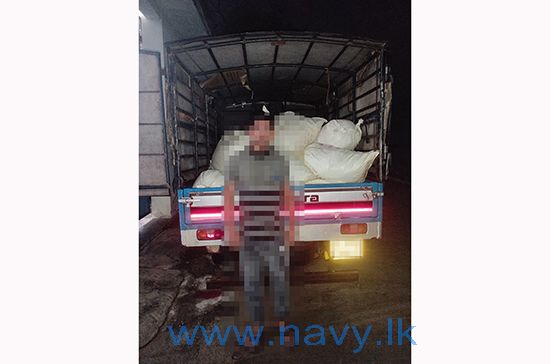 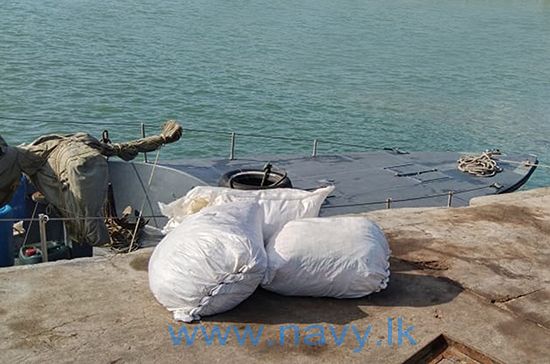 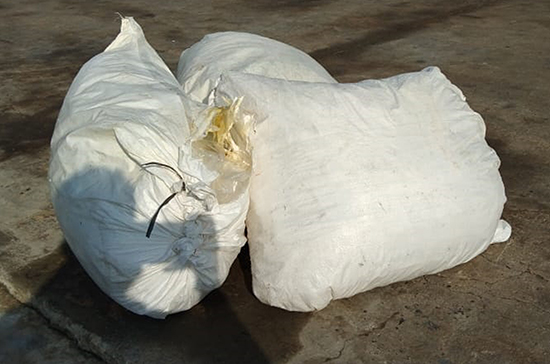 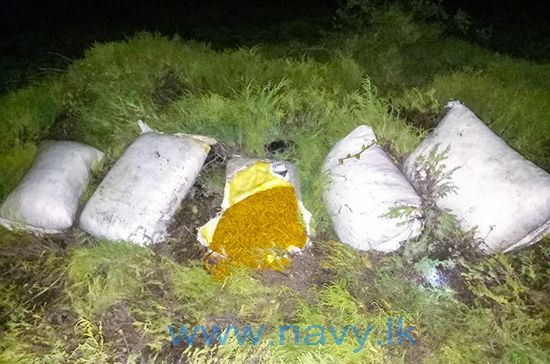