Special operations conducted by the Navy on the Kakarativu Island, Jaffna on 30th October and in seas off Kudiramalai Point, Puttalam and Kuduirippu in Manner on 03rd November 2021 led to the seizure of about 4400kg stock of smuggled dried turmeric. These operations also made way to the apprehension of 08 suspects and 02 boats used for these illegal acts.

Navy Marines attached to SLNS Kanchadewa in the Northern Naval Command recovered 12 sacks filled with dried turmeric in an operation carried out on the Kakarativu Island, Jaffna on 30th October. The smugglers had abandoned the consignment, being unable to take them away due to naval operations in the area. The haul of turmeric which weighed about 616kg and 640g was subsequently taken into naval custody.

Meanwhile, in a special patrol conducted with the assistance of Special Boat Squadron personnel, the Inshore Patrol Craft P 261 and P 232 attached to SLNS Vijaya in the Northwestern Naval Command made an apprehension of about 3408kg of smuggled dried turmeric in 105 sacks from an Indian dhow in Sri Lankan waters off Kudiramalai Point via the International Maritime Boundary Line (IMBL) on 03rd November. It is believed that the smugglers might have attempted to bring the stock ashore by transferring it to local vessels at sea.

Further, a group of Special Boat Squadron personnel attached to SLNS Gajaba in the North Central Naval Command in a special operation conducted by means of Cedric Boats Z 192 and Z 207 searched a suspicious dinghy speeding off towards land from seas off Kuduirippu in Mannar on 03rd November. The search of the dinghy made way to the recovery of about 376kg of dried turmeric in 09 sacks being smuggled via sea routes. Accordingly, the 03 suspects aboard with the stock of dried turmeric and the dinghy were taken into naval custody.

The operations were conducted adhering to COVID-19 protocols in effect to prevent possibilities of the transmission of the pandemic. The Indian dhow and 05 Indian nationals whom were held while aboard were repatriated to home waters taking in to account the COVID-19 pandemic. The suspects held with a consignment of dried turmeric in seas off Kuduirippu were recognized as residents of Pesalai, aged 31 and 41. The suspects together with the dried turmeric stock and the dinghy were handed over to the Pesalai Police for onward legal action. Meanwhile, the dried turmeric stocks held from Indian dhow and on the Kakarativu Island, Jaffna have been kept in naval custody until they are produced for onward legal proceedings. 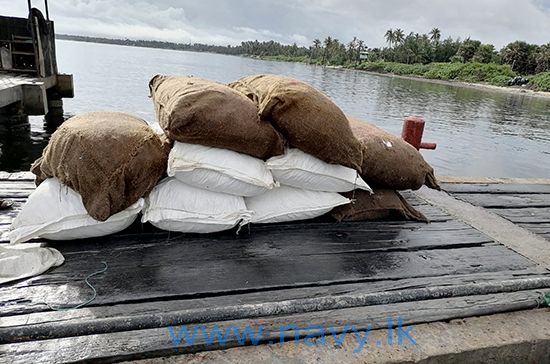 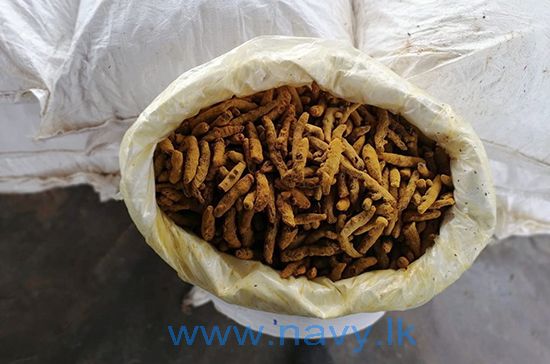 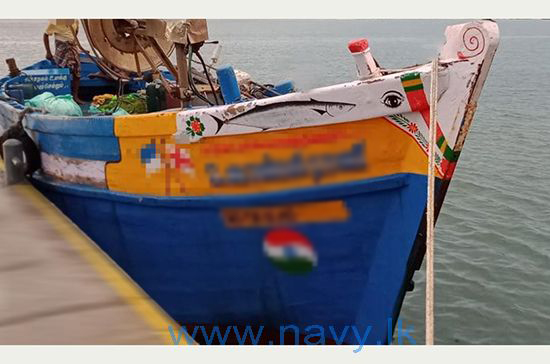 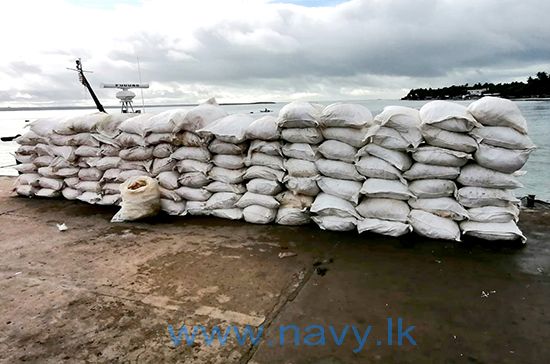 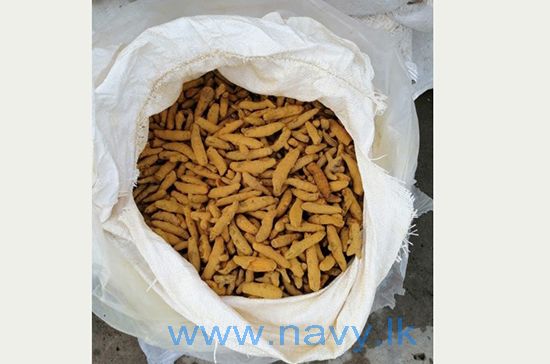 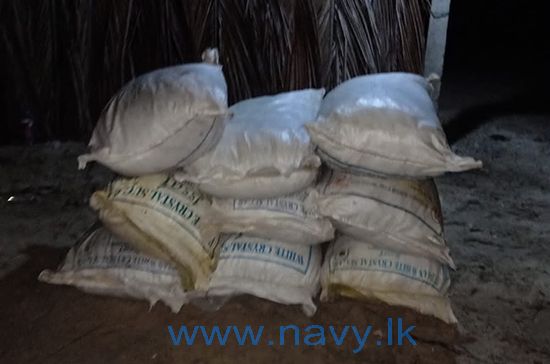 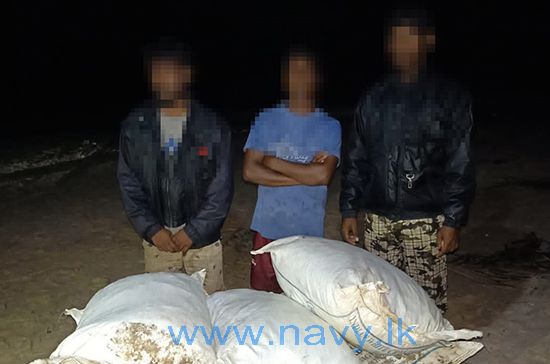 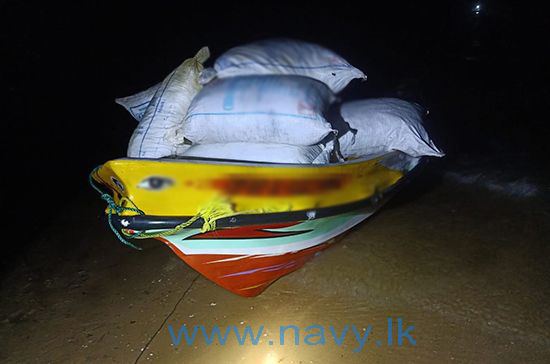