Sri Lanka Navy managed to take hold of about 23kg and 600g (with wet weight) of Kerala cannabis abandoned, during a search carried out in Thumpalai beach area, Point Pedro in the dark hours on 06th December 2021.

The special operation was conducted by the Naval Detachment of Point Pedro belongs to the Northern Naval Command in Thumpalai beach area, where the naval personnel recovered the narcotic consignment left behind at the beach. The recovered narcotic substance weighed about 23kg and 600g, stuffed in 08 packages contained in a sack which was subsequently taken into naval custody.

It is suspected that the drug peddlers might have cast away this narcotic substance, being unable to take it away due to naval operations in the area. The street value of recovered Kerala cannabis is believed to be over Rs. 7 million.

The operation was held adhering to COVID-19 protocols and Kerala cannabis held during it was set on fire and destroyed by the Navy. 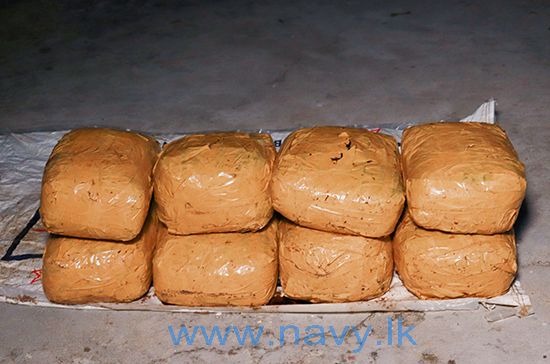 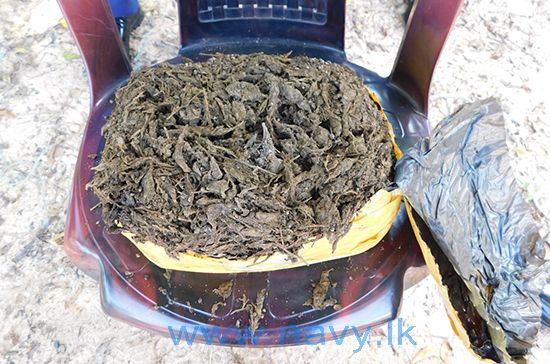 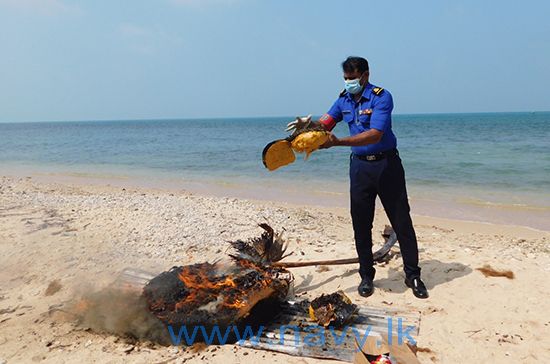