Sri Lanka Navy mounted a search and rescue (SAR) operation in search of a fisherman who fell into sea from the multi duty fishing trawler ‘Lakvidu 3’ on the evening of 08th January 2022. In a successful SAR operation, the Navy’s Fast Passenger Craft A 543 managed to rescue the fisherman this morning (09th January). The rescuee was rushed to the Karapitiya Teaching Hospital for treatment, upon being brought to the Galle Harbour by the Navy.

The multiday fishing trawler ‘Lakvidu 3’ (Reg. No. IMUL- A- 0315-TLE) ventured out to sea from the Galle Fishery Harbour for fishing on 07th January with 06 fishermen. A fisherman who was aboard the fishing trawler has reportedly fallen into the sea and disappeared on 08th January at around 0130 PM in the southern seas about 08 nautical miles (15 km) off Tangalle. Following the incident, the Department of Fisheries and Aquatic Resources requested the Maritime Rescue Coordination Centre (MRCC Colombo) stationed at Navy Headquarters to assist in the search for the fisherman.

Responding to the request for assistance, Sri Lanka Navy promptly launched an SAR operation in the sea area from Tangalle to Galle, by deploying naval craft attached to the Southern Naval Command. Besides, measures were also taken to inform other fishing vessels and ships plying in the area about the development.

Having spotted the desperate fisherman clinging on to a buoy in seas about 07 nautical miles (13km) south of Galle, the Fast Passenger Craft A 543 attached to the Southern naval Command rescued him from the watery grave this morning (09th January) around 0800 AM. The fisherman, who had been exhausted remaining in water for more than 18 hours, was administered first aid onboard A 543. Meanwhile, the Inshore Patrol Craft P 107 attached to the Southern Naval Command retrieved the rescuee from A 543 and transferred him ashore. Subsequently, he was rushed to the Karapitiya Teaching Hospital, Galle under the supervision of Navy medics.

The MRCC Colombo at the Navy Headquarters is vigilant around the clock to assist naval and fishing communities who face a wide array of unexpected hazards at sea. 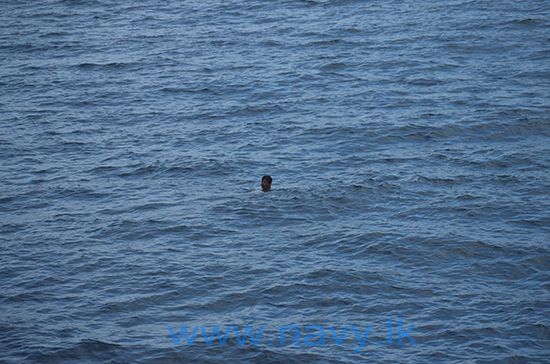 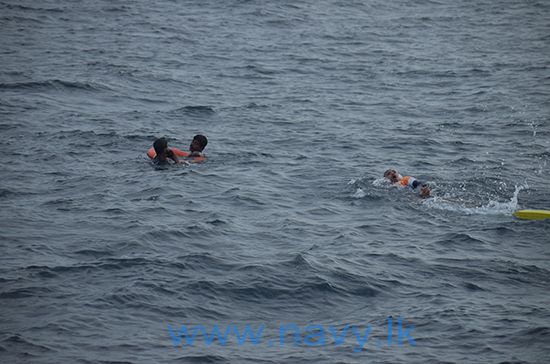 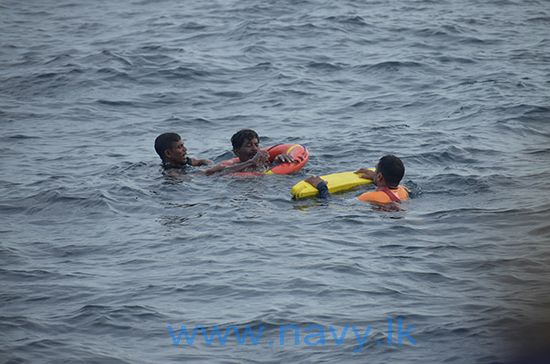 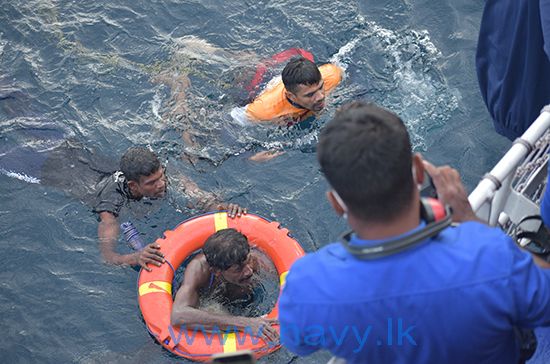 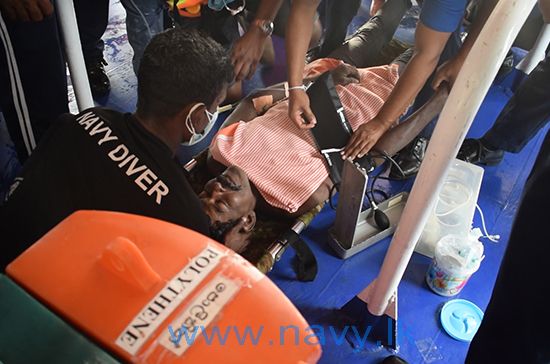 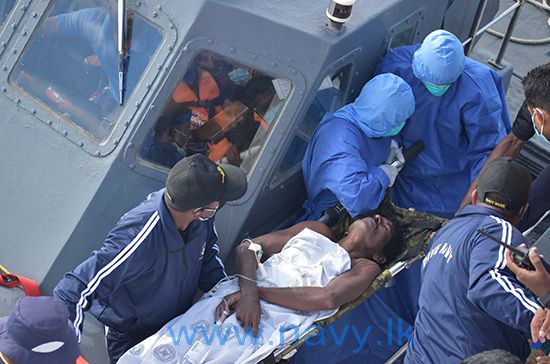 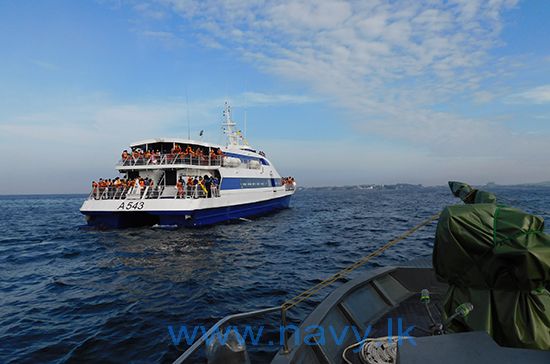 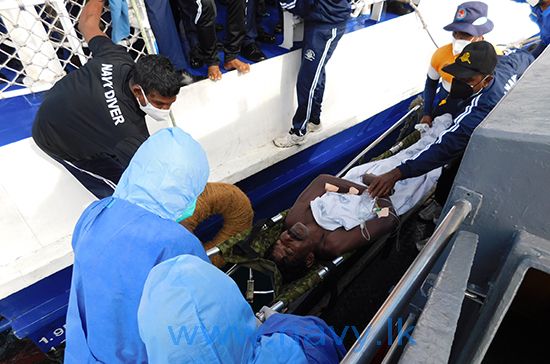 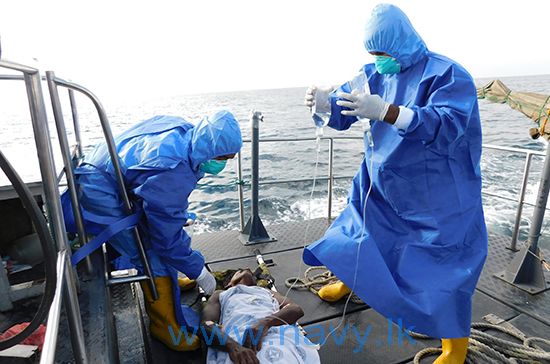 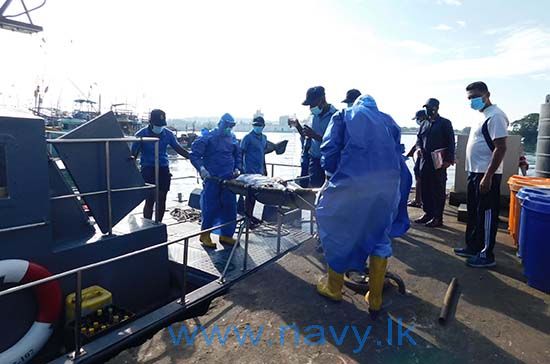 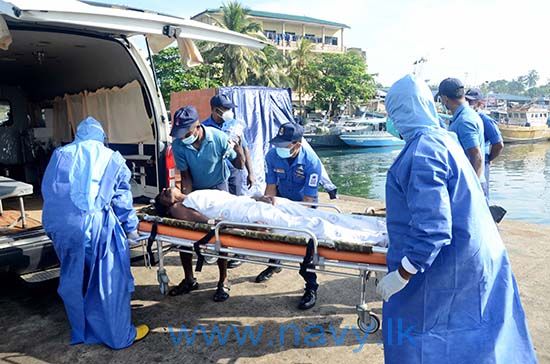 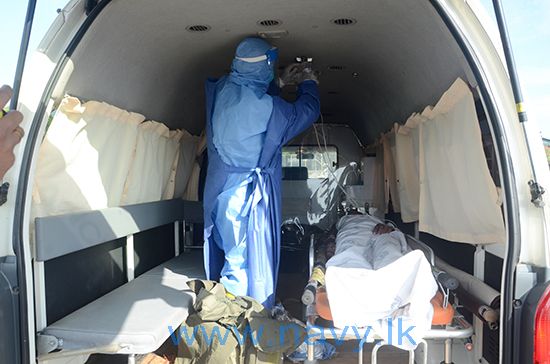