The Navy sprang into action to put out a sudden fire broke out in Digiliya Mountain Forest Reserve, Maeliya Polpithigama on the night of 27th March 2022. As of now (28th March) Navy firefighters are busy in controlling the fire from spreading to other areas.

The Polpithigama Police Station turned to the Navy and requested assistance from the Commander Northwestern Naval Area to control a fire broke out in Digiliya Mountain Forest Reserve on the night of 27th March.

Responding promptly to the request for assistance, the Northwestern Naval Command rushed a team of naval personnel from the Naval Deployment Maho and a fire engine of SLNS Thambapanni to the location of fire. The fire has been controlled to a greater extent by this morning as a result of persisting firefighting efforts.

Due to the dry weather conditions prevailing in the area this evening, a naval team is stationed in the locality to put out the recurrence of minor fires and the situation has been brought under control as of now. 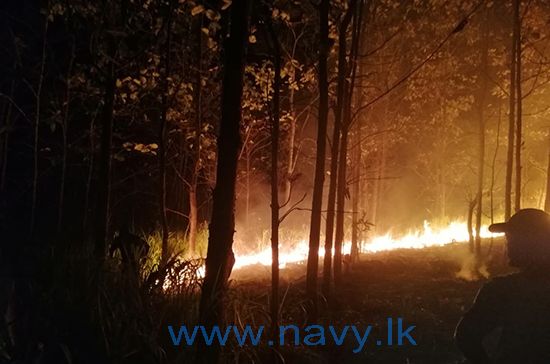 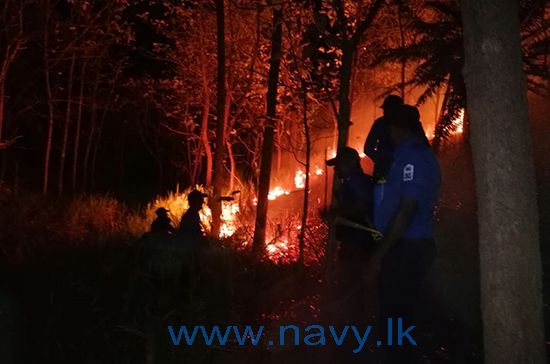 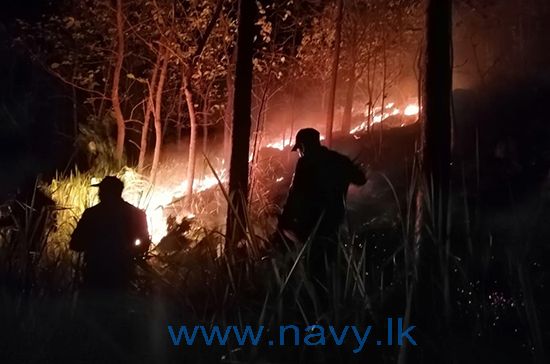 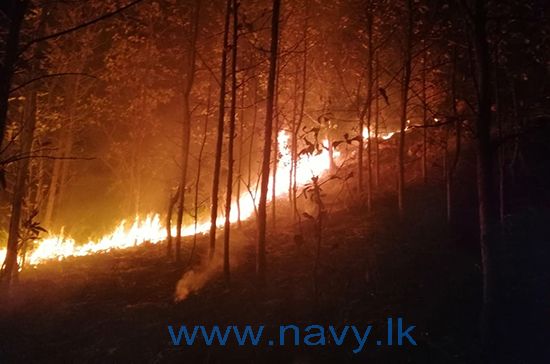 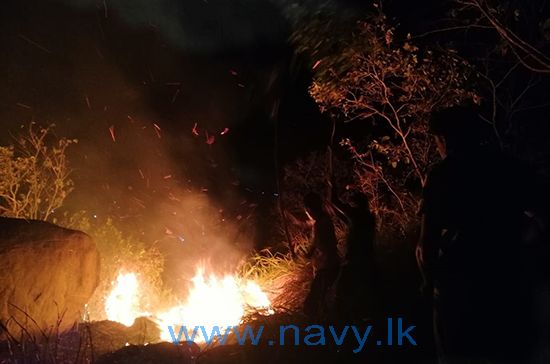 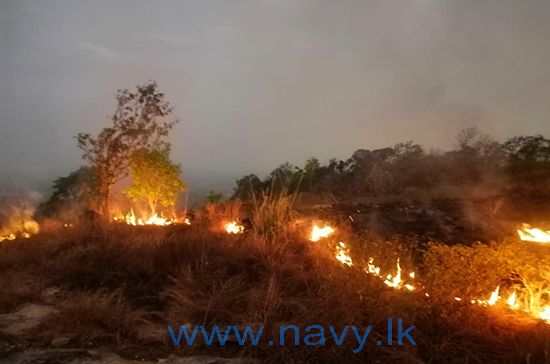 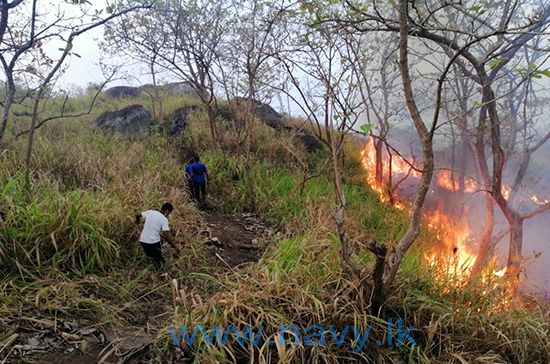 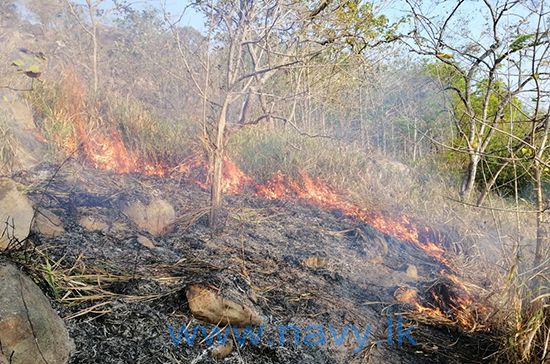