A special operation conducted by Sri Lanka Coast Guard in seas off Kovilan Point Lighthouse in Jaffna today (31st March 2022) led to the seizure of about 66kg and 600g of Kerala cannabis. The operation also made way to nab 03 suspects in connection to the incident and 01 dinghy used for this smuggling attempt.

Sri Lanka Navy and Coast Guard continues to patrol waters around the island to prevent a wide range of nefarious activities stemming from sea routes. In a similar operation the Fast Attack Craft CG 409 of Sri Lanka Coast Guard in the Northern Naval Command intercepted a suspicious dinghy in seas off Kovilan Point Lighthouse today. Subsequent search of the dinghy led to the recovery of about 66kg and 600g of Kerala cannabis smuggled via sea. The narcotic substance had been stuffed in 30 parcels which were in 2 sacks. Meanwhile, Fast Attack Craft CG 409 also held 03 suspects in connection to this illegal act and the dinghy used to smuggle Kerala cannabis.

The street value of the seized stock of Kerala cannabis is believed to be around Rs. 20 million.

The suspects held in this operation were residents of Mullaitivu and Madagal areas, aged 20 and 24. The accused together with Kerala cannabis and the dinghy were handed over to the Divisional Crime Detective Branch, Kankesanthurai. 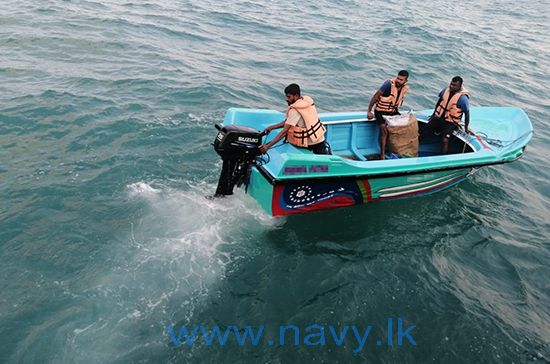 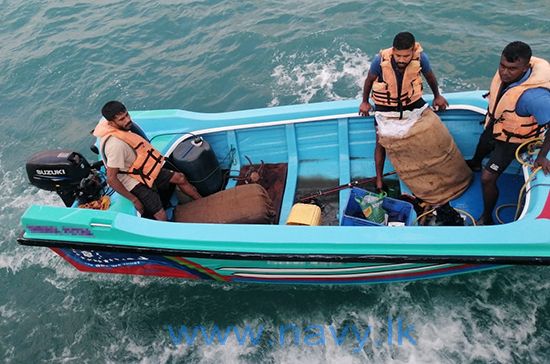 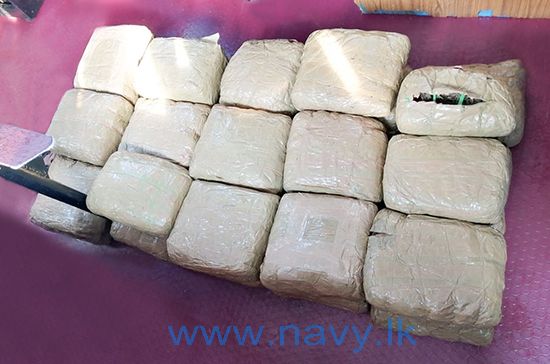 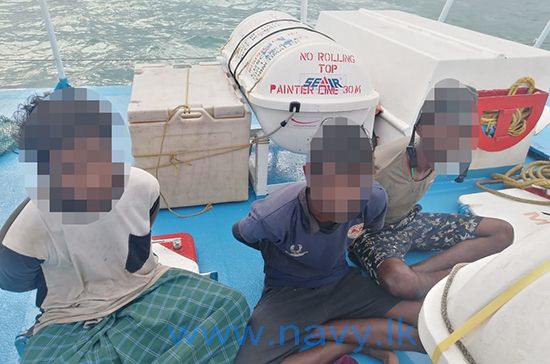