Navy takes hold of Kerala cannabis worth over Rs. 20 million in Mannar

Sri Lanka Navy managed to take hold of about 81kg and 220g (wet weight) of Kerala cannabis, during a patrol in seas off Mannar sand banks this morning (20th April 2022).

The Navy remains watchful and conducts regular patrols to ward off wide-ranging illegal activities stemming from sea routes. Accordingly, SLNS Thammanna in the North Central Naval Command managed to take hold of this consignment of illegal drugs, after detection of a suspicious sack lying at a sand dune, during a patrol in seas off Mannar sand banks today. The sack contained 25 packages which had been stuffed with Kerala cannabis weighing about 81kg and 220g (wet weight). It is believed that the smugglers had left behind the stock of Kerala cannabis, being unable to fetch them away as a result of naval presence.

The seized stock of Kerala cannabis is being kept in naval custody for onward legal proceedings and the gross street value of it is believed to be over Rs. 20 million. 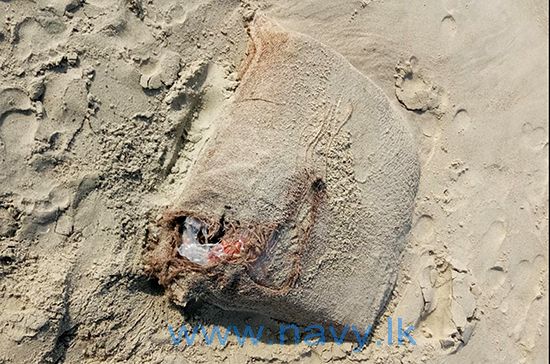 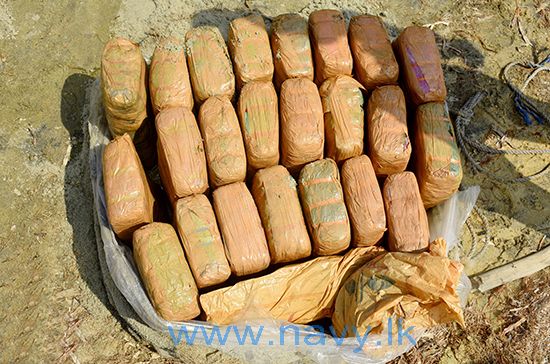 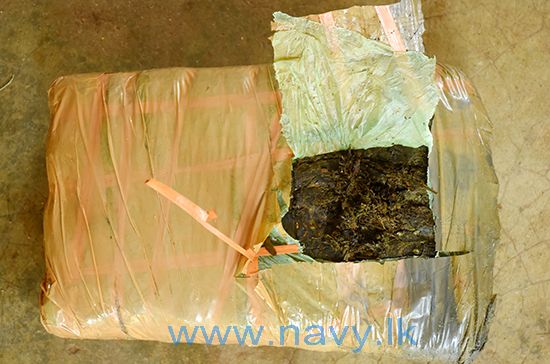