A special foot-patrol conducted by the Navy at Sallimunai beach, Trincomalee on 23rd April 2022 led to the apprehension of a suspect with explosive items. Among the items seized were improvised explosives using 08 Water Gel sticks - a type of commercial explosive, 07 non-electric detonators and 2.5 inch long 07 safety fuses.

During the foot-patrol mounted by SLNS Walagamba in the Eastern Naval Command, a person at Sallimunai beach was searched on suspicion. Subsequently, the Navy managed to recover these improvised explosives using 08 Water Gel stick, 07 non-electric detonators and 07 safety fuses in his possession. It is believed that these commercial explosive items have been brought with the intention of using them for blast fishing.

The Navy has been conducting regular operations to prevent this form of illegal fishing practices performed by a handful of people with scant regard towards marine ecosystems.

The suspect was identified as a resident of Kuchchaweli in Trincomalee aged 17. The accused together with seized items was handed over to the Kuchchaweli Police for onward investigation. 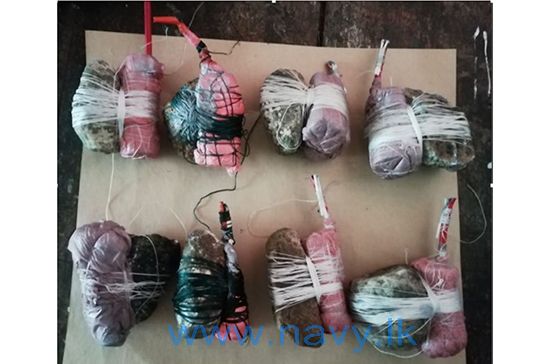 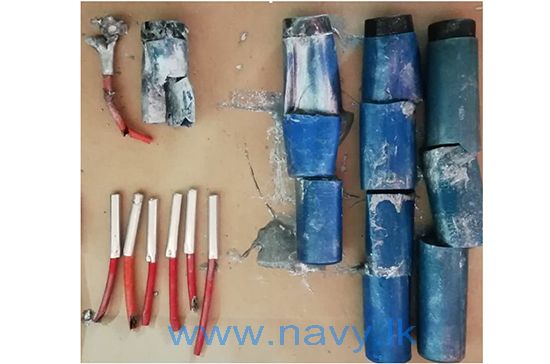 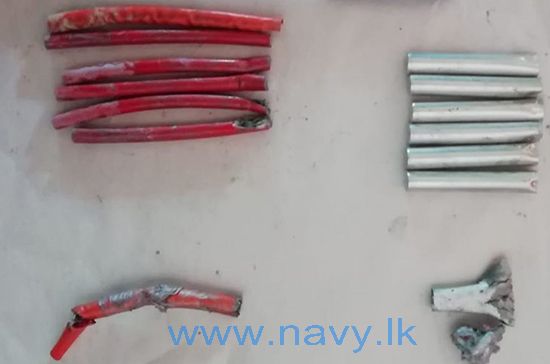 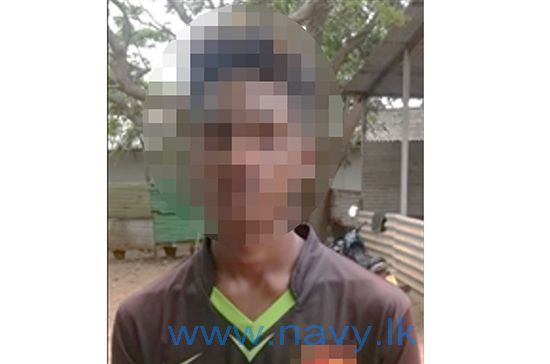