Sri Lanka Navy deployed 06 relief teams in several places in the Sabaragamuwa and Southern Provinces as of the morning of 31st May 2022. The Navy relief teams have been sent out to respective areas to provide relief to the people who are vulnerable to flash floods, triggered due to adverse weather in several parts of the island.

As per the directives of Commander of the Navy, Vice Admiral Nishantha Ulugetenne, the Western Naval Command has despatched 04 flood relief teams to Rathnapura. Similarly, the Southern Naval Command has sent out 02 relief teams to Thawalama area in Galle. Meanwhile, the Navy teams deployed in Rathnapura are currently engaged in flood relief efforts easing the burden of school children and the public, with minor flood situation in the area around Delgoda Bridge on Kalawana Pothupitiya road in Rathnapura. 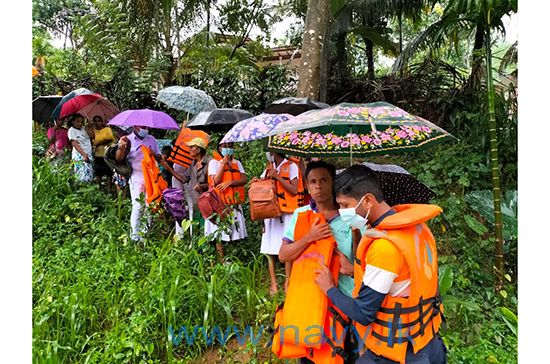 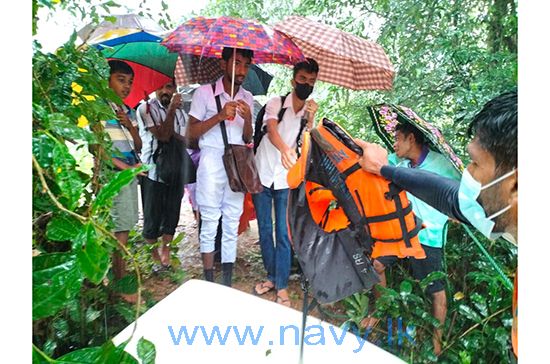 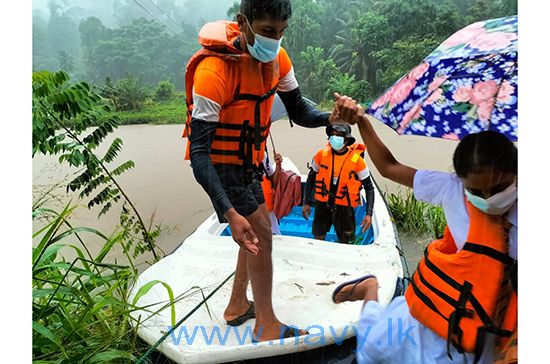 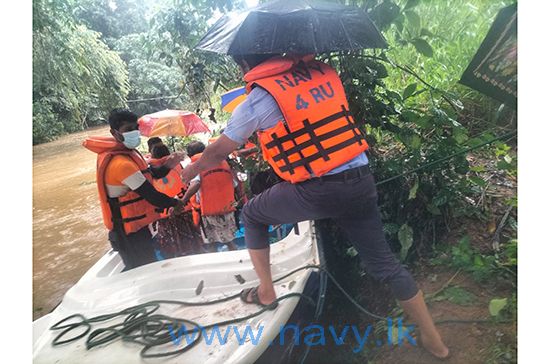