Sri Lanka Navy has deployed 13 relief teams in flood-risk areas in the Western, Sabaragamuwa and Southern Provinces as of this morning (01st June 2022), to provide relief to the flood victims following the inclement weather prevailing in the island.

The Navy teams have been engaged in flood relief duties as people have faced hardships after certain low-lying areas in the Rathnapura, Kalutara and Galle Districts are vulnerable to flood threat, with heavy downpour received by watersheds in river basins of Kalu and Gin. Accordingly, the Western Naval Command has sent relief teams to Paragoda, Baduraliya, Bulathsinhala and Pelawatta areas in the Kalutara District as well as town of Rathnapura, Delgoda, Ayagama and Muwagama areas in the Rathnapura District. Similarly, the Southern Naval Command has rushed flood relief teams to Thawalama, Hiniduma, Nagoda and Mapalagama areas in the Galle District.

Since this morning (01st June) naval personnel are providing relief to flood victims, including school children who are sitting for the GCE Ordinary Level Examination, as Paragoda and Kudaligama areas in Kalutara and Hiniduma in Galle have experienced minor floods. 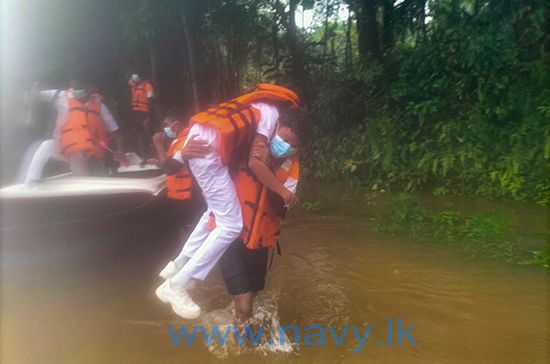 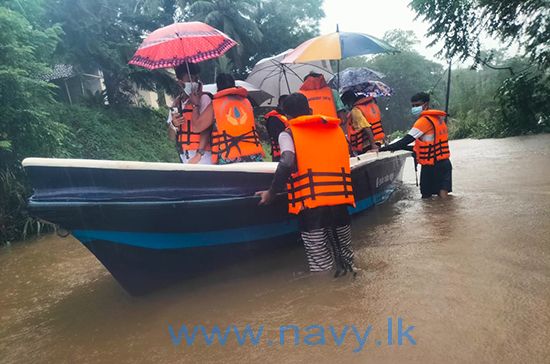 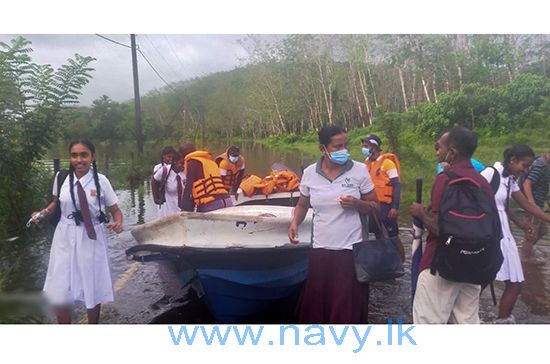 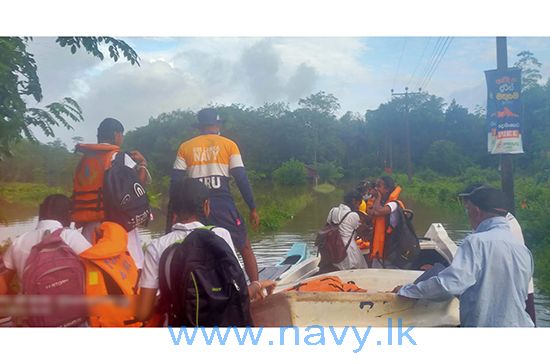 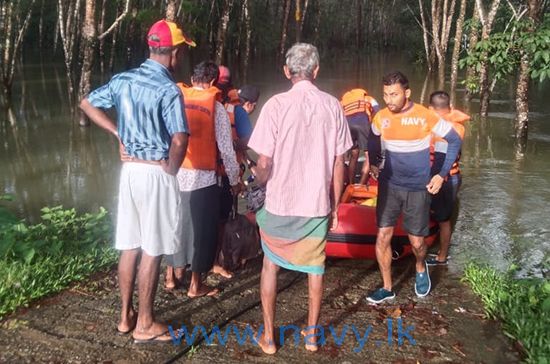 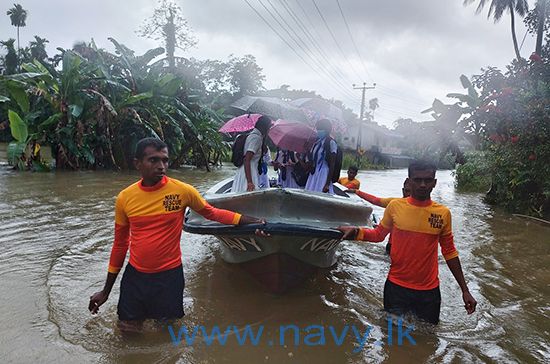 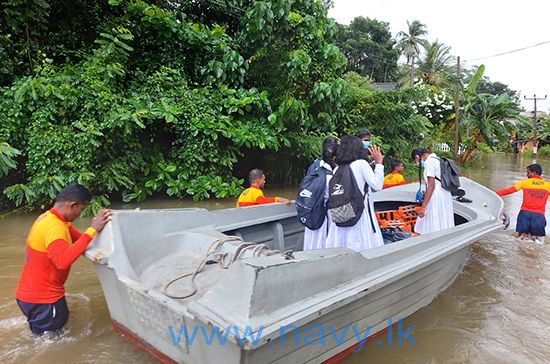 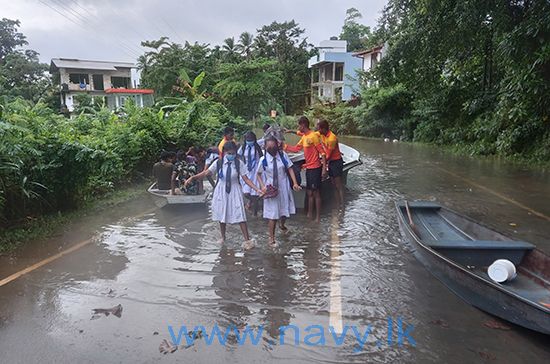