Sri Lanka Navy apprehended a local multiday fishing trawler with 35 individuals, suspected to be on an illegal migration attempt to Australia via sea, during a search operation carried out in the western seas of the island on 23rd June 2022.

In the search operation mounted in seas off Panadura, in the evening of 23rd June 2022, the Navy intercepted a suspicious local multiday fishing trawler carrying 35 persons who were suspected to be attempting to illegally migrate from the island to Australia. Among the apprehended individuals were 25 males including 05 persons involved in this racket, 04 females and 06 children. Along with the suspects, the fishing vessel used for this illegal act was also held by the Navy. Further inspections revealed that the multi-day trawler had a mechanical failure in its engine and the vessel was unsuitable for long voyages.

The suspects held in this operation are residents of Trincomalee, Mannar, Batticaloa, Negombo, Kalpitiya and Nuwara Eliya areas, aged 06 to 56. They were handed over to the Colombo Harbour Police for onward legal proceedings.

The Navy urges the public to avoid being convicted before the law by being caught in the trap of smugglers who persuade the innocent to engage in illegal and perilous sea voyages to migrate from the island.

It has been continuously observed ruinous fishing vessels are being used for such journeys and they are not at all seaworthy. As such, the Navy warns the public that attempting to migrate by these vessels could pose a high risk to their lives. 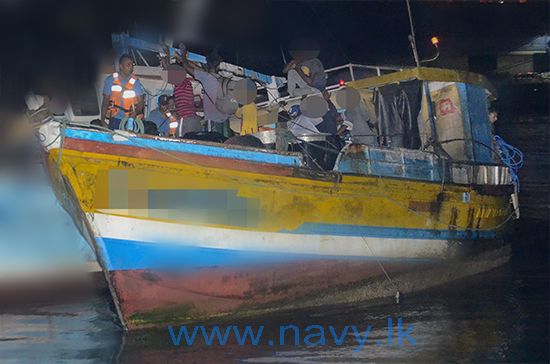 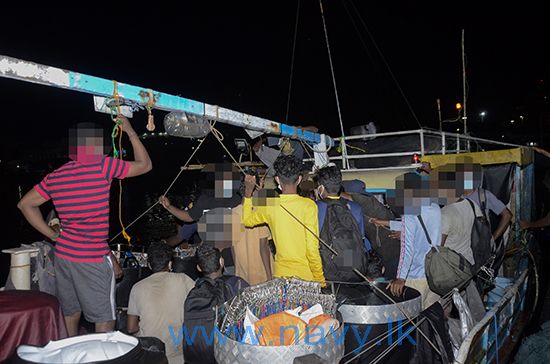 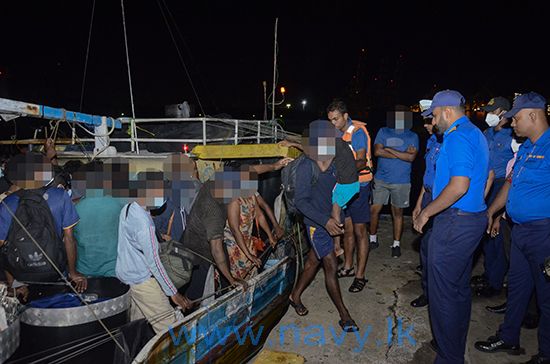 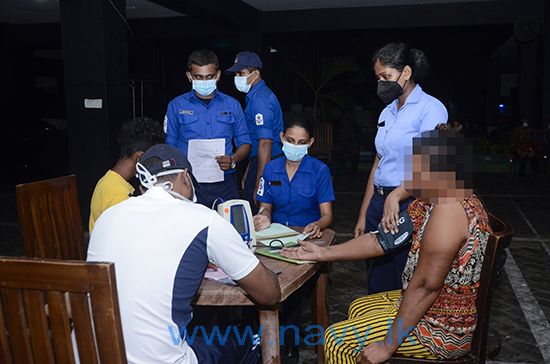 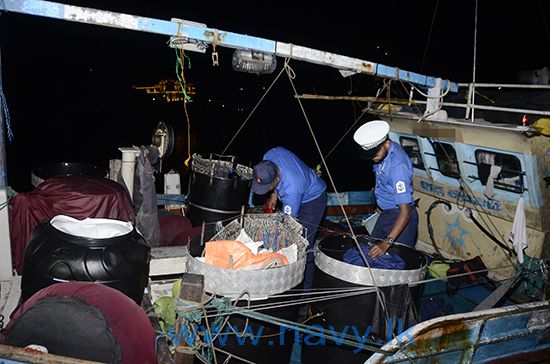 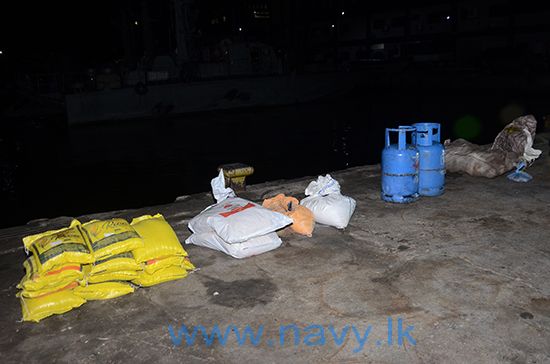 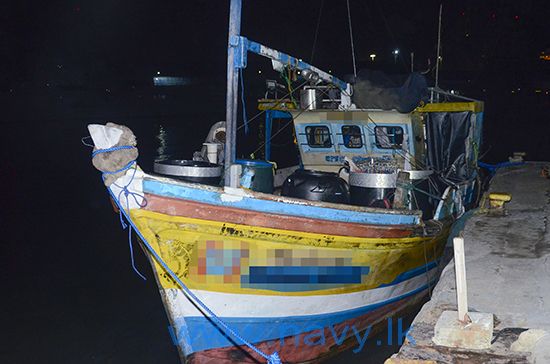 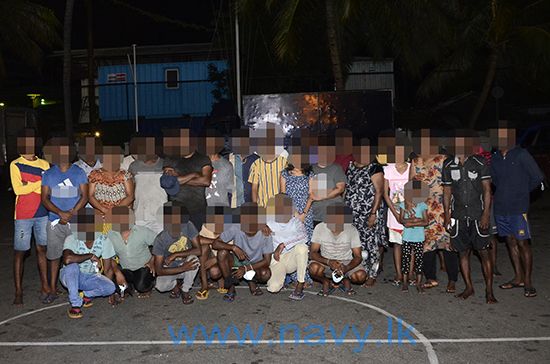