Navy rescues 55 distressed individuals in high seas, while attempting to illegally migrate from the country

Sri Lanka Navy on 10th July 2022 rescued 55 individuals onboard a distressed local multiday fishing trawler, caught in a cyclone, in high seas about 390 nautical miles (722km) southeast of Hambantota. The group of people, suspected to be on an illegal migration attempt to a foreign country, were in a desperate situation when they were rescued at sea. Sri Lanka Navy brought the rescued group to the port of Hambantota this morning (12th July).

On 08th July, the Department of Fisheries and Aquatic Resources alerted the Maritime Rescue Coordination Centre (MRCC) Colombo established at the Navy Headquarters that a distressed multi-day fishing trawler was adrift in high seas southeast of Hambantota and requested assistance. Responding to the request for assistance, the Navy promptly dispatched Sri Lanka Navy Ship (SLNS) Parakramabahu to the sea area where the incident was reported, for a search and rescue operation.

Accordingly, SLN ship reached the distressed fishing trawler and inspected it on the morning of 10th July. During the inspection, the Navy realized that the multi-day fishing trawler was drifting very hazardously in rough sea condition and rescued the desperate group of people aboard, who are suspected to be on an illegal migration attempt to a foreign country. Among them were; 46 males including 05 human smugglers, 03 females and 06 children. Upon rescue of them, they were brought ashore by SLNS Parakramabahu expeditiously.

On further inspection, it was observed that the fishing trawler had caught in a cyclone and it was at risk of sinking, as flooding of sea water with damages to the vessel's hull. It was further observed that several people of the group were in a critical state without food and water, having been stranded in high seas for several days, when rescued. The Navy provided necessary first aid and facilities to those people and brought the group to the port of Hambantota. Meanwhile, due to excessive water seepage into the distressed multiday fishing trawler, towing was not possible, thus it was left behind.

The apprehended persons are residents of Trincomalee, Mannar, Vavuniya, Kilinochchi, Mullaitivu, Jaffna and Kalpitiya, from 03 to 54 years of age. They will be handed over to the Hambantota Harbour Police for onward legal action.

Human smugglers use unsafe and dilapidated multi-day fishing trawlers to carry out this nature of sea voyages for the purpose of making fast money. Therefore, the Navy emphasizes the public to avoid being caught in this kind of human trafficking rackets and trying to migrate illegally from the country by endangering their precious lives. 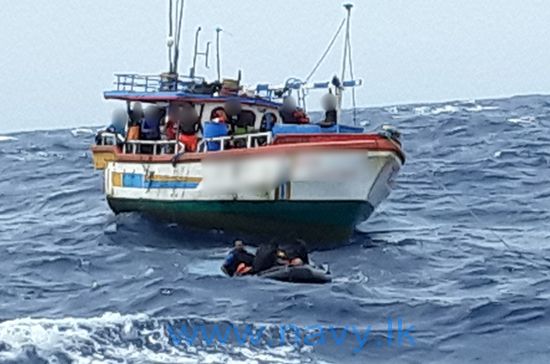 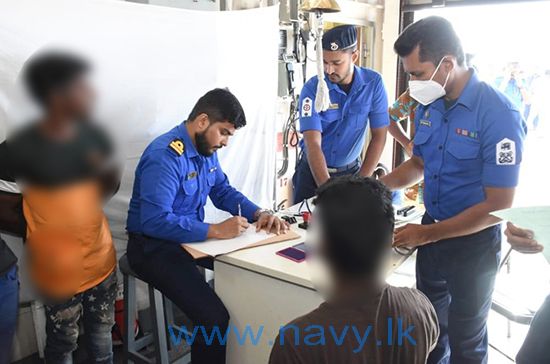 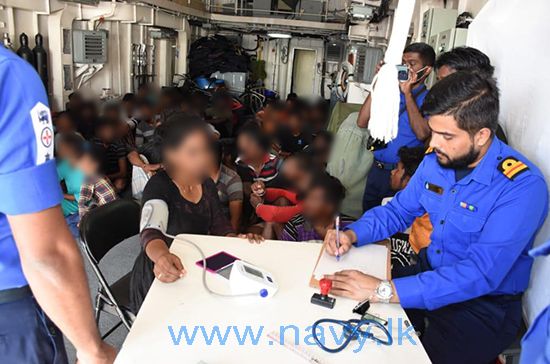 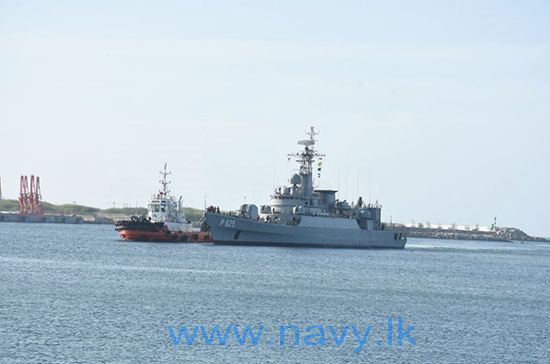 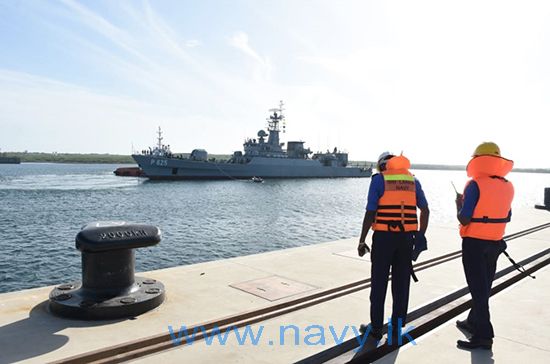 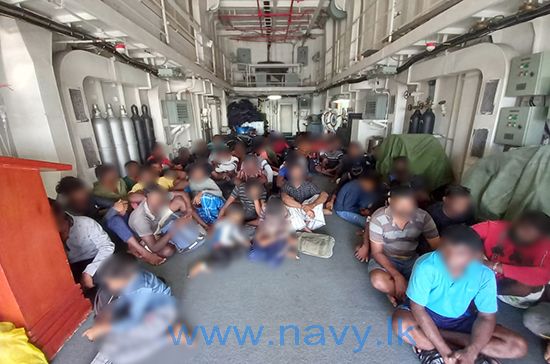