Sri Lanka Navy rescued 03 fishermen from a capsized small fishing boat, while engaging in fishing in the outer harbour area of Trincomalee on 02nd August 2022.

After having spotted the capsized fishing boat, the Inshore Patrol Craft P 244 patrolling in the outer harbour area of Trincomalee, attached to the Eastern Naval Command, promptly rescued the fishermen from the watery grave. Upon being rescued, they were safely sent back ashore.

Rescued fishermen were identified as residents of China Bay and Kinniya, Trincomalee.

Meanwhile, the Navy remains standby to respond to any unpleasant eventuality faced by naval and fishery communities in the Sri Lanka’s Search and Rescue Region. 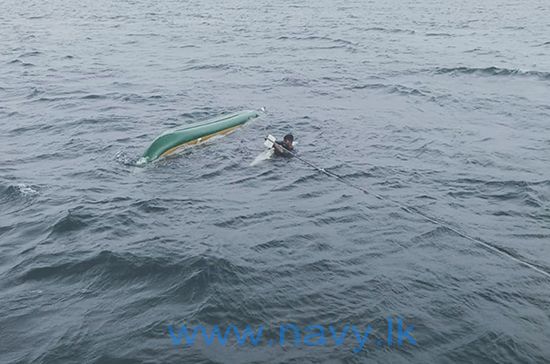 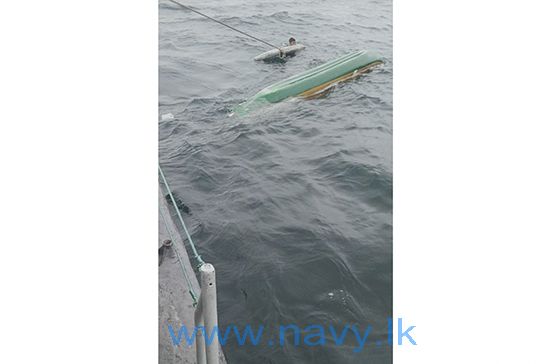 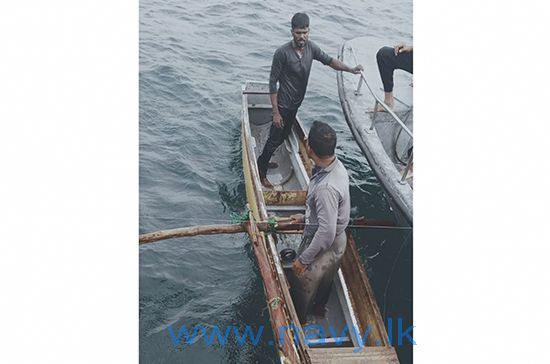