Sri Lanka Navy took hold of about 34kg and 38g (wet weight) of Kerala cannabis floating in the sea area between Kayts and Punguduthive Islands in Jaffna, during a patrol carried out in the sea area in the wee hours of today (04th August 2022).

The seizure was made by the Inshore Patrol Craft P 014 attached to SLNS Kanchadewa in the Northern Naval Command, in the sea area between Kayts and Punguduthive Islands this morning. The seized narcotic consignment floating at sea, weighed about 34kg and 38g (wet weight) and it was stuffed in 08 packages.

The gross street value of seized Kerala cannabis is believed to be about Rs. 10 million and the stock has been kept in naval custody until it is produced for onward legal action. 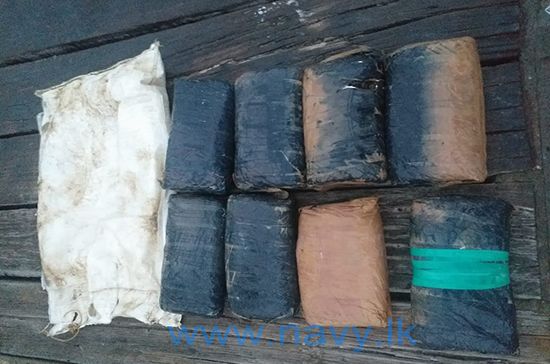 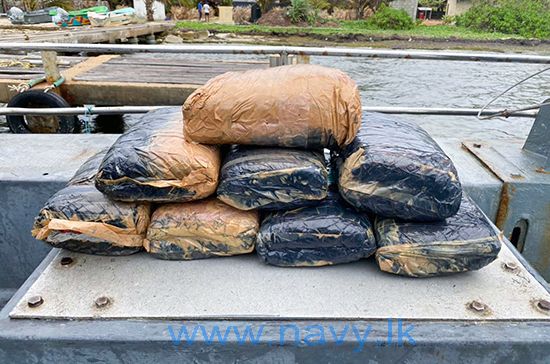 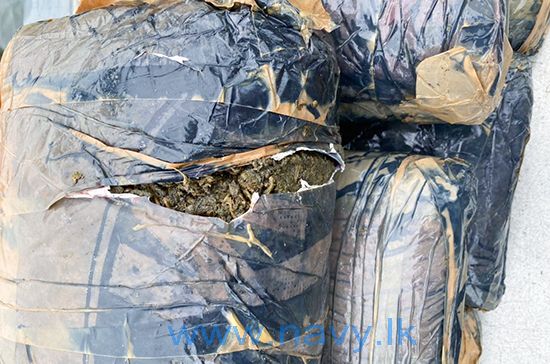