A special operation mounted by the Navy and Sri Lanka Coast Guard led to the interception of an Indian dhow carrying about 434kg (wet weight) of Kerala cannabis and apprehension of 05 Indian suspects aboard, in northwestern waters on the evening of 13th September 2022. The coordinated operation also made way for the apprehension of a local fishing trawler and 05 Sri Lankan nationals, suspected to have connection to the incident.

Both Sri Lanka Navy and Sri Lanka Coast Guard remain ever alert to prevent wide-ranging illegal activities stemming from sea routes around the island. As an extension of these efforts, SLCGS Suraksha engaged in this special operation inspected a suspicious Indian dhow in Sri Lankan waters west of the Kudiramalai Point, Puttalam through the International Maritime Boundary Line (IMBL) on 13th September. The inspection led to the recovery of about 434kg (wet weight) of Kerala cannabis in 09 sacks and it prompted SLCGS Suraksha to seize the stock of narcotics with 05 Indian suspects aboard the dhow.

Meanwhile, SLCGS Suraksha also seized a local one day fishing trawler with 05 Sri Lankans, on suspicion that the trawler had reached the sea area to transfer the consignment from the Indian dhow and bring them ashore.

The street value of the stock of Kerala cannabis seized in this operation is believed to be over Rs. 130 million.

The intercepted Indian dhow, the stock of Kerala cannabis as well as Indian and local suspects are being brought ashore as of now and they will be handed over to the Kalpitiya Police for onward legal proceedings following preliminary investigation. 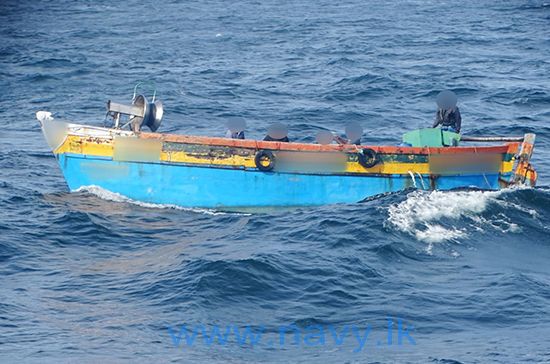 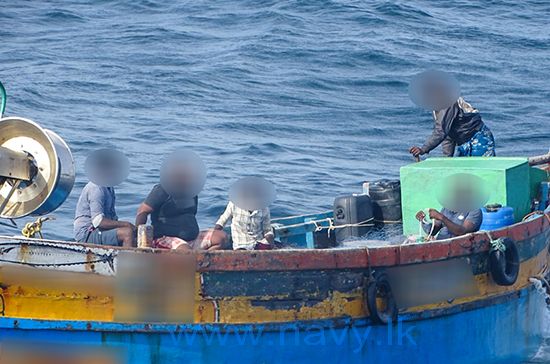 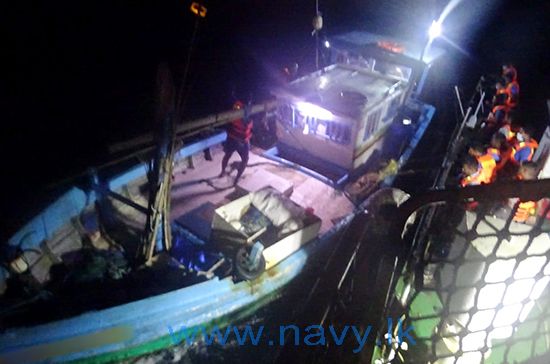 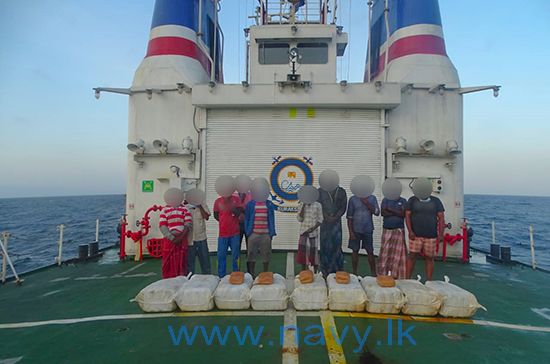