The Navy apprehended 26 persons along with a dinghy and a local multiday fishing trawler, during a patrol and search operation conducted off Veththalakerni in northern waters on 15th and 16th September 2022. The group of individuals are suspected to be on an illegal migration attempt to a foreign country via sea, when they were apprehended by the Navy.

Sri Lanka Navy conducts regular search operations and patrols in coastal as well as sea areas around the island to thwart illegal activities stemming from sea routes. As an extension of these efforts, the Inshore Petrol Craft P 166 and P 178 attached to the Northern Naval Command made this apprehension off Veththalakerni. Having spotted a dinghy in this sea area, P 166 patrolling the waters searched the dinghy on suspicion, on the night of 15th September. The search made way to the apprehension of 21 individuals who are suspected to be on an illegal migration attempt to a foreign country by sea. Among the apprehended persons were 12 males including the boat operator and 04 females over 18 years and 05 more individuals who are below 18 years of age. Further, the Navy also took hold of the dinghy used by them for this illegal act.

Meanwhile, P 178 engaged in further search in the sea area intercepted a local multiday fishing trawler with 05 operators of the trawler, off Veththalakerni this morning. It is suspected that the trawler has remained in the sea area to take the above group of individuals by illegal means to a foreign country.

The 26 persons held in this search operation are residents of Pooneryn, Uduththurei, Ottamawadu and Valaichchenai areas and the individuals together with the dinghy and multiday fishing trawler will be handed over to the Maradankeni Police, Jaffna for onward legal action.

As it is observed that human smugglers organize this nature of rackets using unsafe methods for the purpose of making fast money, the Navy urges the public to refrain from risking their lives by engaging in perilous sea voyages and be victims before the law. 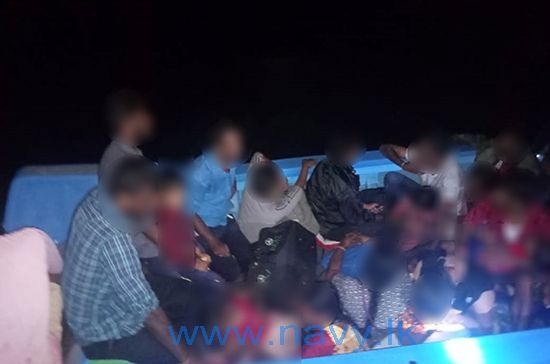 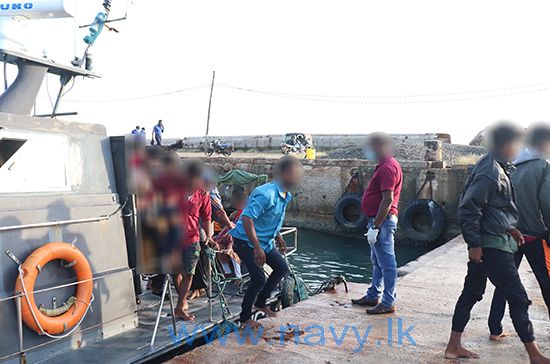 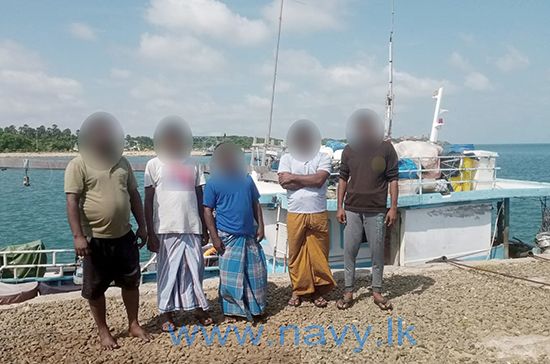