A suspect with over 08kg of heroin worth around Rs. 166 million gross street value apprehended in Beruwala

Sri Lanka Navy and Police Narcotic Bureau recovered about 08kg 304g of heroin (including packages) worth around Rs. 166 million in gross street value, during a special operation mounted in Dias Watta area, Beruwala on the morning of 07th November 2022. Meanwhile, the raiding party also apprehended a suspect in connection to the incident.

On receipt of information to the Navy, the coordinated operation was carried out by Navy Intelligence with personnel of Police Narcotic Bureau based in Hikkaduwa. They searched a suspicious house in Dias Watta area, Beruwala on 07th November and the search led to the recovery of about 08kg and 304g of heroin (including 07 packages) buried in the garden. Meanwhile, a suspect in connection to the incident was also apprehended in this operation.

Accordingly, the gross street value of heroin recovered in this operation is believed to be about Rs. 166 million.

The suspect held during the operation is a 42-year-old resident from the same locality. The suspect together with heroin was handed over to the Police Narcotic Bureau for onward legal action.

Thus far in 2022, the Navy has been able to seize drugs with a gross street value of over Rs. 23.29 billion. These consignments include over 331kg of heroin (worth around Rs. 6622 -13244 million in gross street value) brought to the Galle Harbour, after having held off the Great Basses Reef Lighthouse as well as this stock of narcotics seized in Beruwala on 07th November 2022.

Further, the Navy remains ever alert to play its part in anti-drug operations in close coordination with other law enforcing authorities. 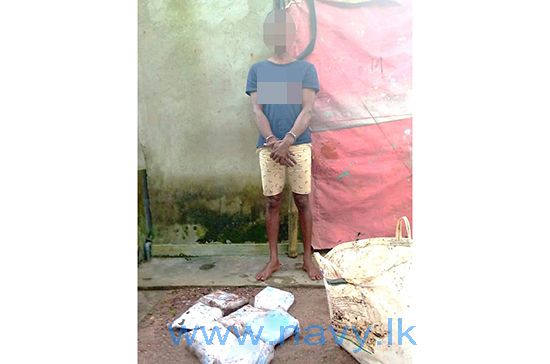 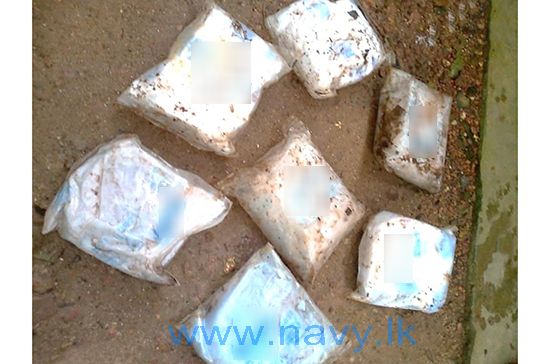