Sri Lanka Navy intercepted a dinghy which was carrying Kerala cannabis weighing over 41kg (in wet weight), during a special operation conducted in the sea area off the Kalmunai Point, Jaffna in the wee hours of today (14th November 2022). The operation also led to the apprehension of a suspect (01) in connection to the incident.

In a similar effort, a suspicious dingy was intercepted by SLNS Welusumana in the Northern Naval Command, during a special operation mounted off the Kalmunai Point today (14th November). The operation led to the recovery of about 41kg and 800g (in wet weight) of Kerala cannabis in 19 packages. Further, the dinghy used for the illegal activity and a suspect aboard were also held in this operation.

The gross street value of seized stock of Kerala cannabis is believed to be more than Rs. 12 million.

The suspect held in this operation is a resident of Monarappiddi in Jaffna, aged 36. The suspect along with Kerala cannabis and the dinghy will be handed over to the Pooneryn Police for onward legal action. 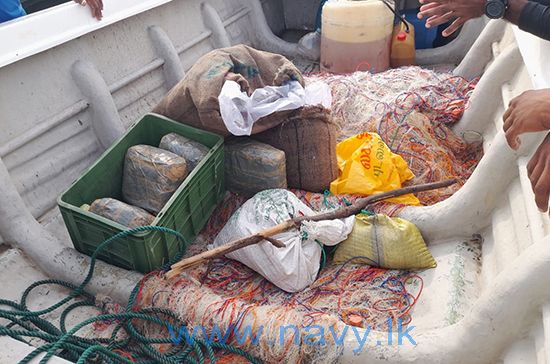 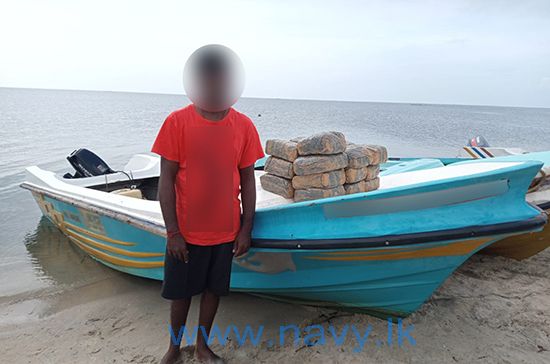 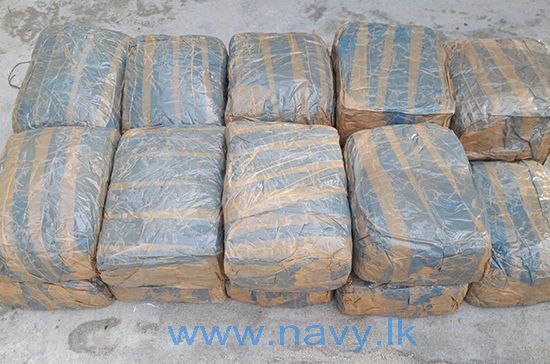 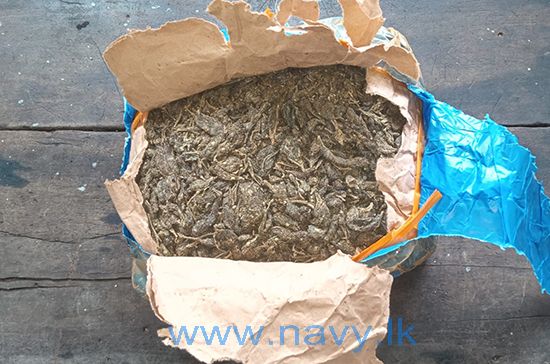