Sri Lanka Navy conducted a special operation to chase away Indian poaching trawlers from Sri Lanka’s waters on the evening of 16th November 2022. The operation has led to the seizure of an Indian trawler with 14 Indian fishermen poaching in the island's waters off Mamunei in Veththalakerni, Jaffna.

Sri Lanka Navy has stepped up its patrols and operations in Sri Lanka’s waters to curb illegal fishing practices of foreign fishing trawlers.

In a similar operation conducted on the evening of 16th November, the Northern Naval Command deployed a Fast Attack Craft of the 04th Fast Attack Flotilla attached to the Command to chase away a cluster of Indian poaching trawlers, after having spotted they were engaging in illegal fishing in Sri Lanka’s waters off Mamunei in Veththalakerni, Jaffna. In this operation, the Navy held an Indian poaching trawler that continued to remain in the island's waters, with 14 Indian fishers and their fishing gear.

The seized trawler together with 14 Indian fishermen was brought to the Kankesanthurai Harbour and they will be handed over to the Mailadi Fisheries Office in Jaffna for onward legal proceedings.

The Navy has held 30 Indian poaching trawlers and 228 Indian fishermen during operations conducted thus far in 2022.

Meanwhile, Sri Lanka Navy continues to remain vigilant and conduct its operations, taking into account the consequences of illegal fishing practices by foreign fishermen in Sri Lanka’s waters, on the livelihood of local fishermen, and ocean resources of the country. 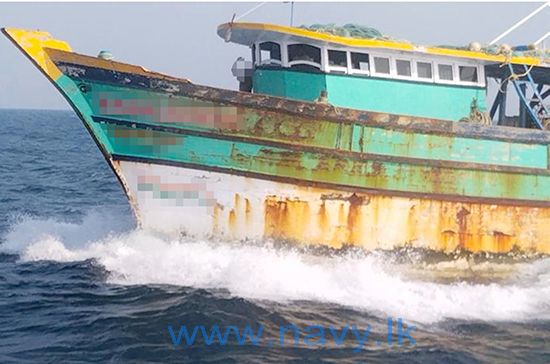 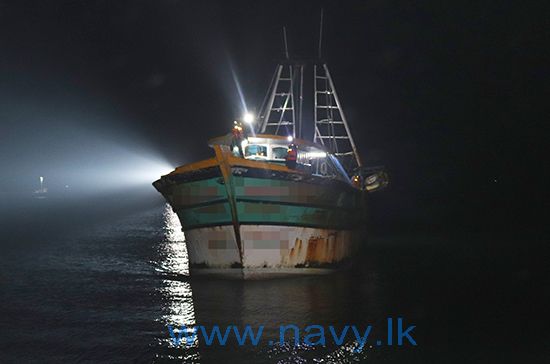 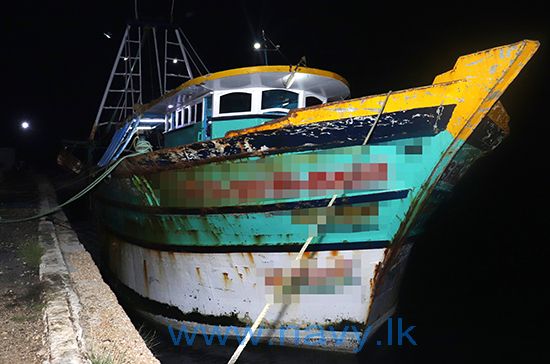 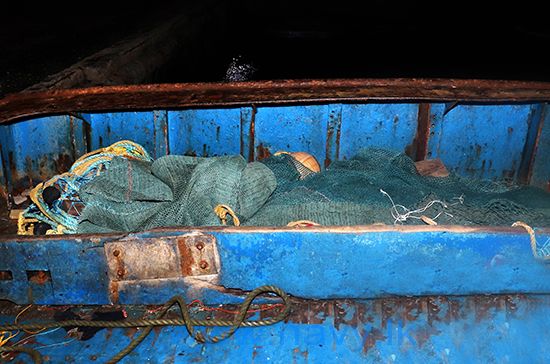 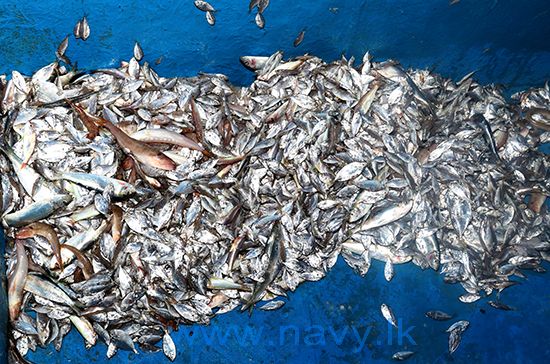 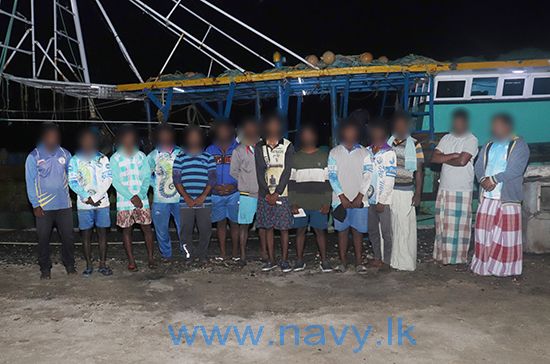