Kerala cannabis worth over Rs. 20 Mn. seized in Analathivu, Jaffna

Sri Lanka Navy and Police seized over 60kg (wet weight) of Kerala cannabis, during a combined search operation carried out in the beach area of the Analathivu Island in Jaffna on 24th January 2023.

The Navy keeps a watchful eye on the coastal and sea areas around the island, with a view to curb a wide range of illegal activities carried out by smugglers via sea.

As an extension of constant naval search operations and patrols, SLNS Elara in the Northern Naval Command, in coordination with Kayts Police, took hold of this stock of Kerala cannabis which had been washed ashore. The consignment of narcotic substance was in 25 packages stuffed in 02 sacks and they weighed about 60kg and 652g (wet weight).

It is believed that the smugglers might have left behind the consignment being unable to fetch them ashore, as a result of constant naval search operations in the area. The gross street value of the stock of Kerala cannabis is believed to be over Rs. 20 million.

Meanwhile, the stock of Kerala cannabis was handed over to the Kayts Police for onward legal proceedings. 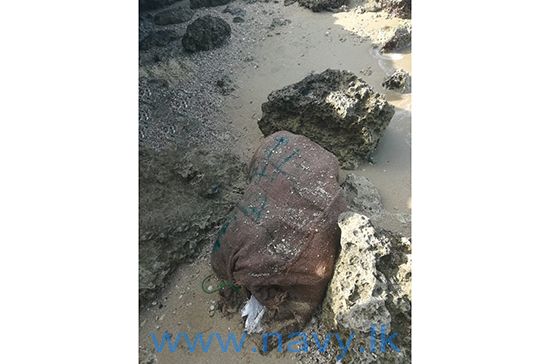 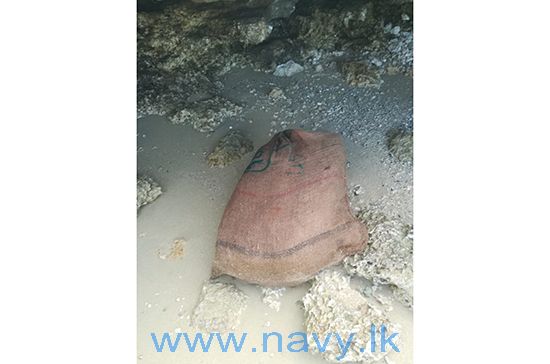 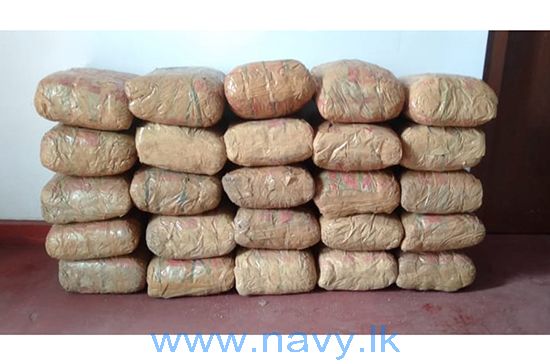