Sri Lanka Navy has rendered assistance to an Indian fishing trawler with 4 fishermen in distress in Sri Lankan waters on 23rd July 2015. The trawler had experienced an engine failure while in the seas 8.5 nautical miles north of Delft. It was sighted by an SLN patrol craft attached to the Northern Naval Command in the early hours of Thursday (23rd).

They were provided with meals and refreshment as found exhausted due to the ordeal in the prevailing rough sea condition, and possible technical assistance was extended by the SLN technical staff.

SLN has informed the Indian High Commission for onward action and a Sri Lanka Navy craft on patrol in the area has been directed to monitor the trawler.

On many occasions, the SLN being well-disciplined military organization has extended its assistance to rescue the Indian fishermen in distress on humanitarian grounds.

Whilst arresting the Indian trawlers which intentionally enter into Sri Lankan waters for fishing, SLN continues to extend humanitarian assistance to fishermen in distress also. 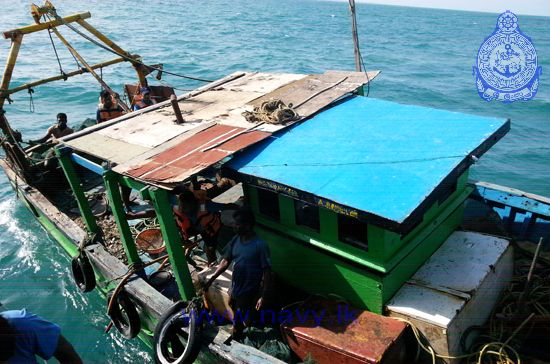 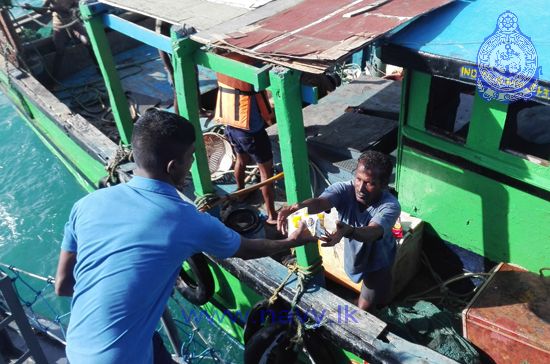 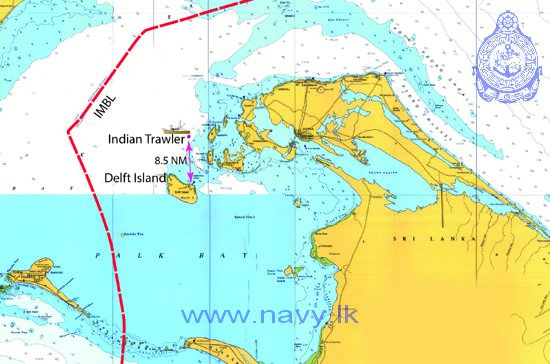