Exhibiting sterling performance at the Galaxy Cup under-25 Super League Volleyball Championship 2021, organized by the Sri Lanka Volleyball Federation, the Navy women clinched the coveted title edging out the team Hirdaramani in the final today (24th April 2021). Commander of the Navy, Vice Admiral Nishantha Ulugetenne, as the Chief Guest, graced the women’s final encounter worked off at the Indoor Stadium of National Youth Services Council in Maharagama.

In the league stage of the tournament, the Navy women’s team beat Hirdaramani, Sri Lanka Army, MAS Casualline and Super Kings – Ampara sports clubs and made into the semifinals. In the semifinals, the Navy women won all three sets (25 -20, 25-20 and 25-14) of the match and were through to the final, defeating the Sri Lanka Air Force.

Going from strength to strength, the Navy women’s team put on display some excellent performances in the finals against Hirdaramani Sports Club today and secured the women’s title at Galaxy Cup under-25 Super League Volleyball Championship 2021, by winning 03 out of 04 sets (25-19, 25-10 and 25-23). 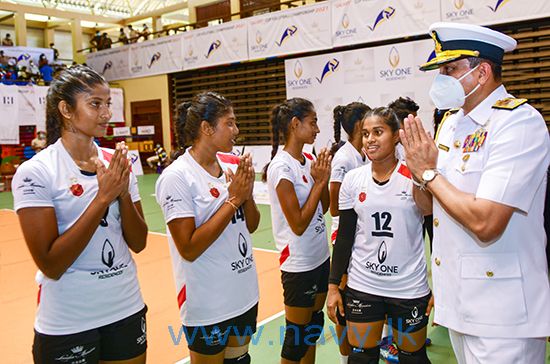 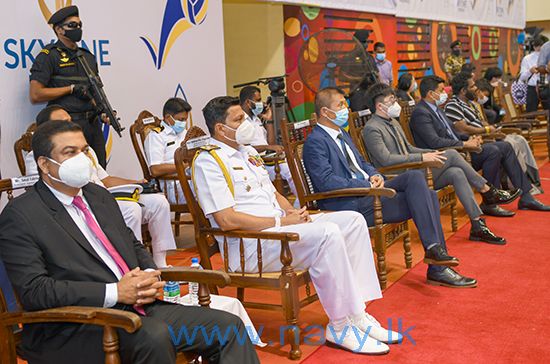 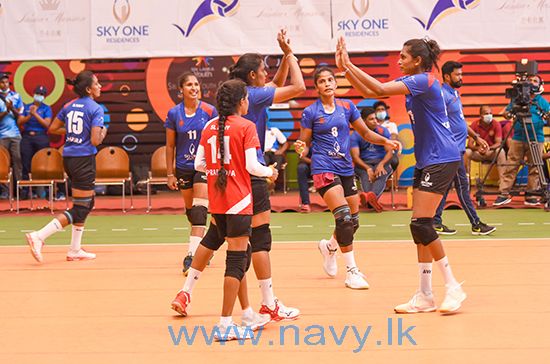 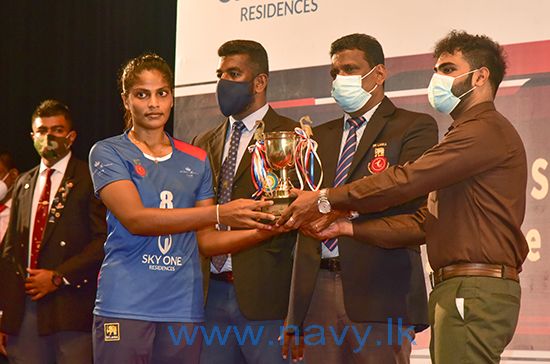 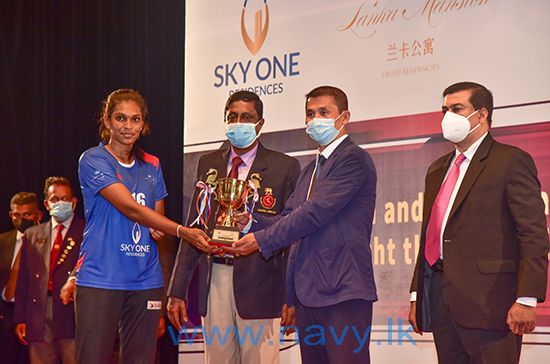