At the counsel of Chief Incumbent of Nagadeepa Purana Rajamaha Viharaya and Chief Sanghanayake for Northern Province, Most Ven. Nawadagala Padumakitti Tissa Thera and directives of Commander of the Navy, the proceedings of the alms giving was arranged under the supervision of Commander Northern Naval Area, Rear Admiral Aruna Tennakoon.

Sri Lanka Navy played a pivotal role in eradication of long-drawn terrorism from the country once and for all. The Naval Detachment Nagatevanturai and Pooneryn camp, established with the aim of suppressing the LTTE Sea Tiger activities, had been a headache for terrorists. In mid-1993, Vice Admiral Nishantha Ulugetenne, the incumbent Commander of the Navy, (then Lieutenant) was appointed as the Officer in Charge of ND Nagatevanturai. The government forces controlled defence lines in Pooneryn and ND Nagatevanturai, came under enemy attack in late 1993. Fighting with conspicuous bravery to hold out the Naval Detachment and Pooneryn camp, 114 brave sons of the Navy laid down their lives on 11th November 1993.

Recalling the noble act of those brave naval personnel, the alms were offered to the members of Ven. Maha Sangha, under the auspices of Commander of the Navy. During the meritorious event, Ven. Maha Sangha including Chief Incumbent of Nagadeepa Purana Rajamaha Viharaya and Chief Sanghanayake for Northern Province, Most Ven. Nawadagala Padumakitti Tissa Thera transferred merits on those 114 fallen naval war veterans, in compliance with Buddhist rituals.

Six retired naval personnel including Commodore (Rtd) Mahendra Weerarathna who had fought along with their fallen comrades to hold out ND Nagatevanturai and the Pooneryn camp were also present at this meritorious event.

Marking this special occasion, Commander of the Navy planted a sapling at ND Nagatevanturai premises as well. A group of officers and sailors attached to the Northern Naval Command also involved in the alms giving. 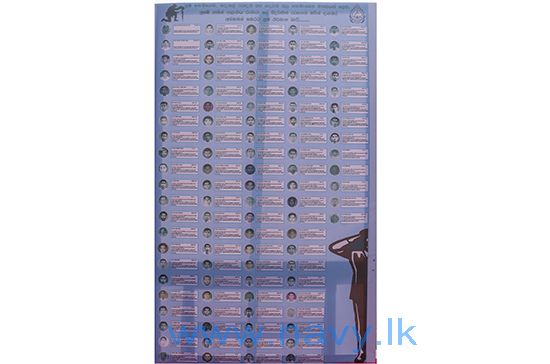 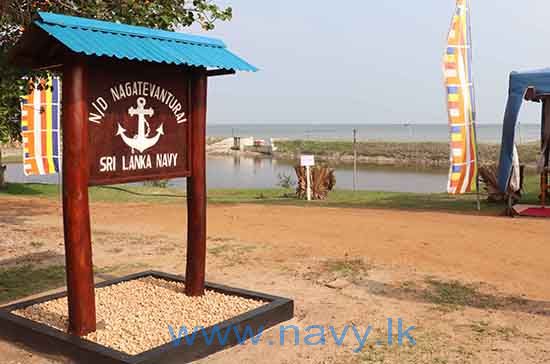 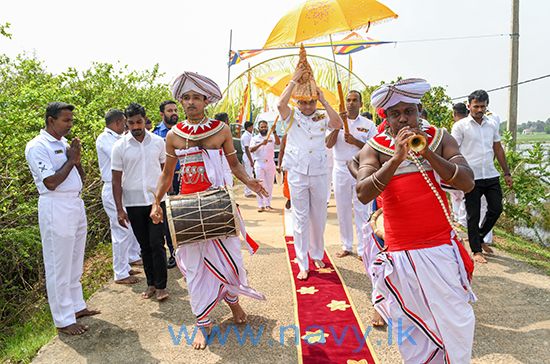 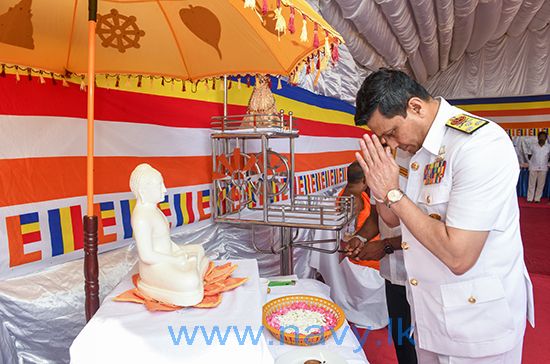 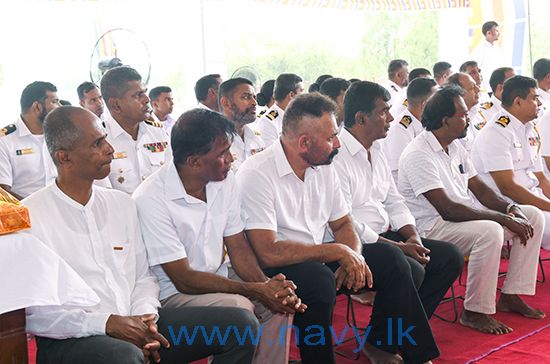 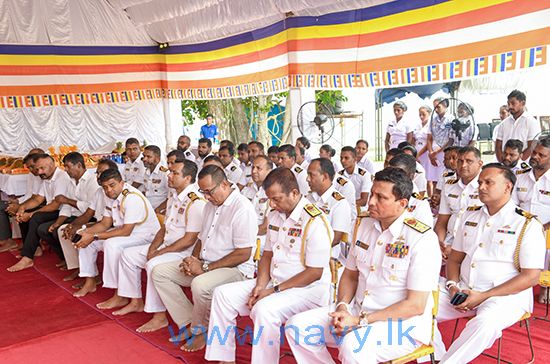 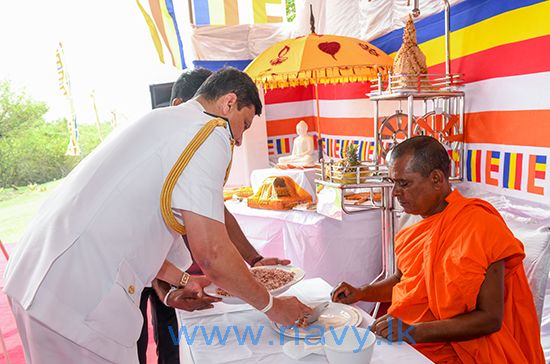 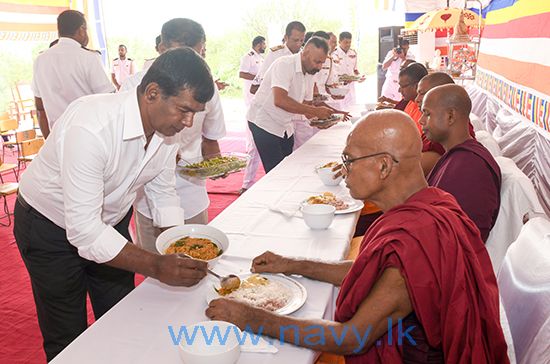 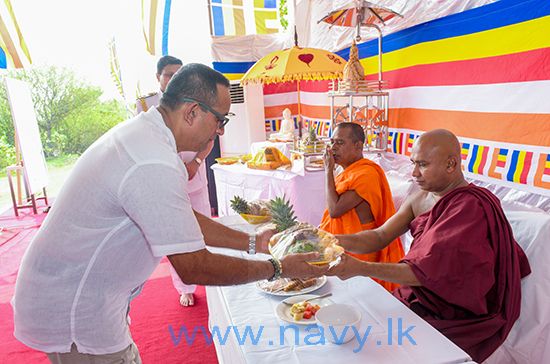 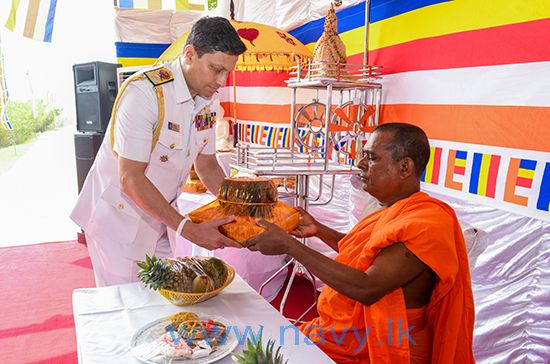 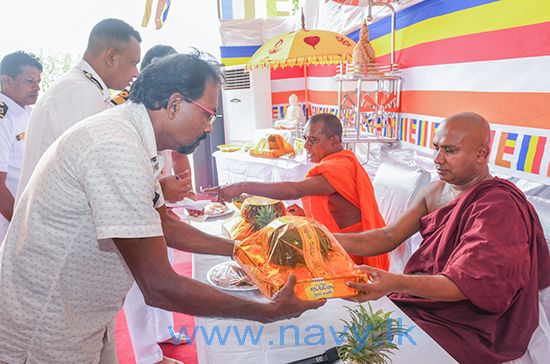 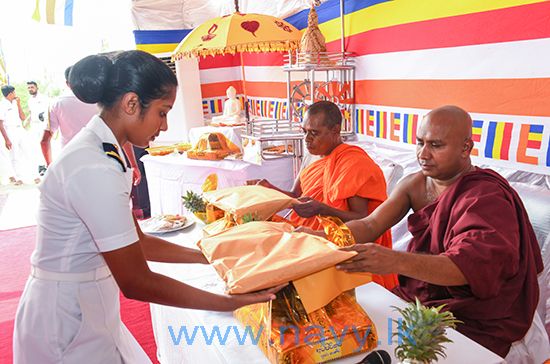 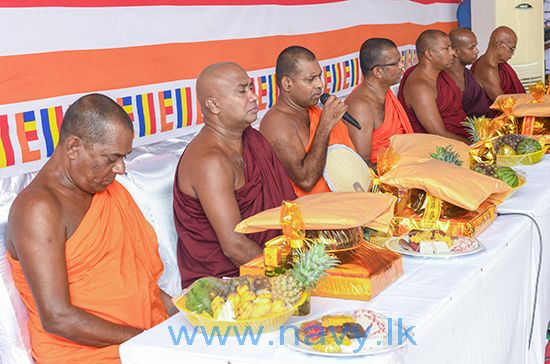 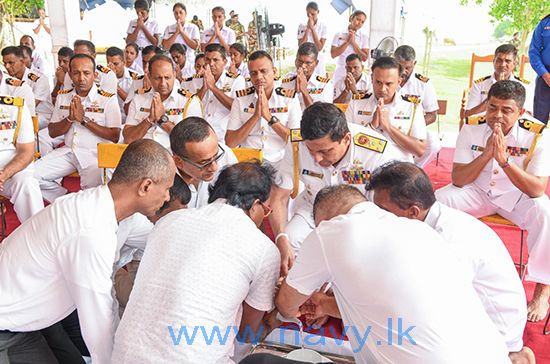 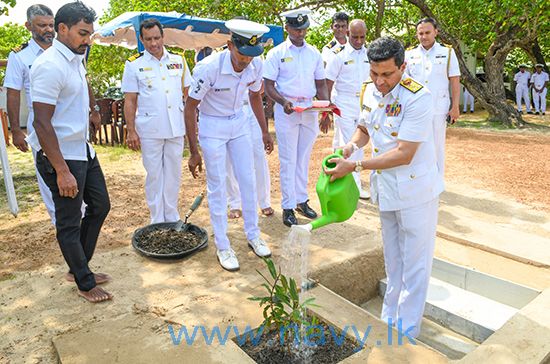