An alms giving for the third month commemoration of the victims of Easter Sunday terror attack, was held at the Ministry of Defence premises, on 21st July 2019.

Accordingly, this meritorious deed organized by the contribution of the Seva Vanitha Units of Tri Forces, Police and the Civil Defence Force under the guidance of the President Seva Vanitha Unit of Ministry of Defence Mrs. Soniya Kottegoda, was presided over by the Agga Maha Panditha Ven. Kotugoda Dammawasa Thero.

After the religious rituals, the alms giving was offered for 21 monks and preparation of the meals, offering alms and other formal procedures related to the alms giving were conducted by the Navy Seva Vanitha Unit under the guidance of the President NSVU Mrs. Arundathie Udithamala Jayanetti. 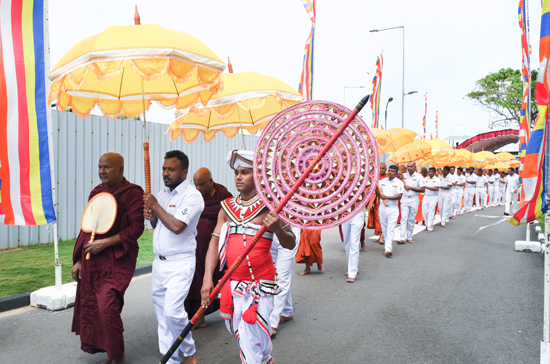 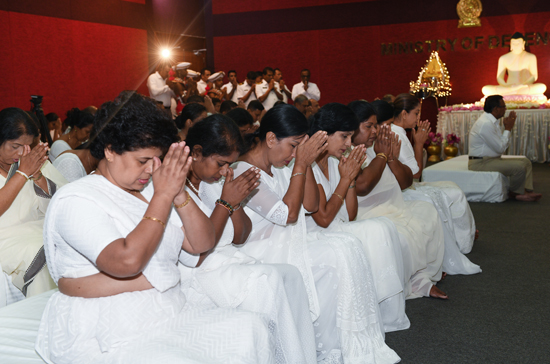 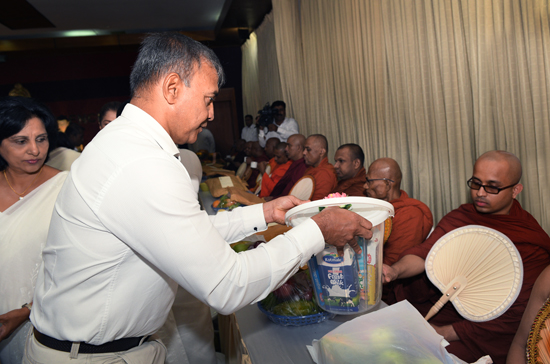