Going by an idea mooted by the President of Navy Seva Vanitha Unit (NSVU), Mrs. Chandima Ulugetenne, another welfare initiative worked off at the NSVU office on 08th September 2020. Accordingly, the wife of Leading Stores Assistant DMPA Kumarasinghe SS 45132 also a mother of twins was provided milk powder supplies to fulfill her dietetic needs.

Lending ear to the request of Leading Stores Assistant DMPA Kumarasinghe SS 45132, this provision was made available for the benefit of the mother, under the patronage of the President of NSVU, Mrs. Chandima Ulugetenne. Accordingly, milk powder supplies, recommended by consultants, for 03 months were handed over to the Leading Stores Assistant during this event.

The occasion was also attended by Executive Committee Members of the NSVU and its staff. 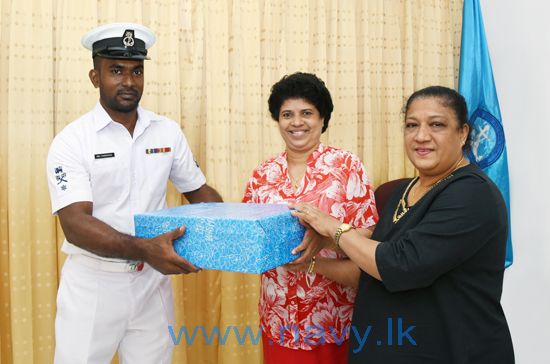 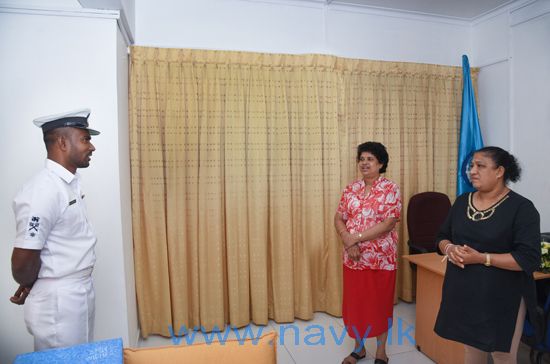