Representing Sri Lanka at the Dhaka Women’s Marathon-2023, Woman Leading Seaman Sujani Madumali Perera of the Sri Lanka Navy won the silver medal in Dhaka, Bangladesh on 20th January 2023, bringing much glory to the Sri Lanka Navy and the motherland.

In the National Games-2022, she completed the women's marathon event (42km and 195m) in 02:49:15s, recording the second-best time ever achieved by a Sri Lankan woman athlete. The notable performance made her qualified to take part in the Dhaka Women’s Marathon-2023.

The Dhaka Women’s Marathon was participated by 03 athletes from Sri Lanka and a number of ace marathon athletes of the South Asian countries. Making the country proud, Woman Leading Seaman Sujani Madumali Perera put up a splendid performance to finish second with a time of 2:48:22s. Her time to finish the marathon also marked the third best time achieved by a Sri Lankan woman athlete in an international marathon event so far.

She also brought home a bronze medal in the marathon event held in Nagaland, India in the year 2022, where the Sri Lankan team competed in the event also won a silver medal.

Woman Leading Seaman Sujani Madumali Perera has been in the Navy Athletic Pool since 2009 and has won a number of medals in long-distance running and marathon events at Defence Service and national level. In recognition of her performances, the athlete was conferred Navy Colours in 2019. 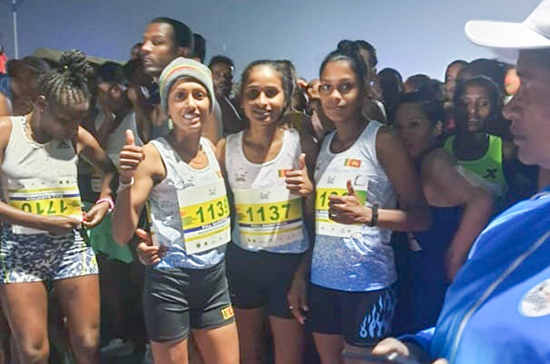 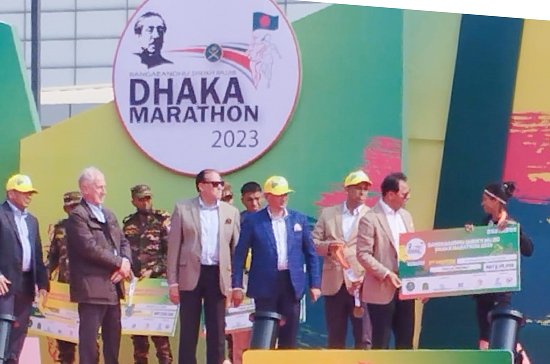 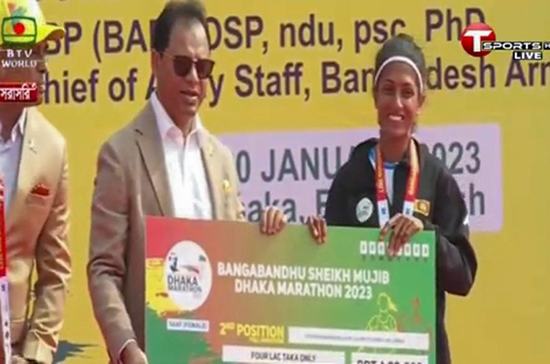