His Excellency Gotabaya Rajapaksa the President and Commander-in- Chief of Armed Forces of Democratic Socialist Republic of Sri Lanka appointed Rear Admiral Sumith Weerasinghe as the Chief of Staff of the Sri Lanka Navy, with effect from 15th January 2021. Accordingly, Commander of the Navy, Vice Admiral Nishantha Ulugetenne, officially handed over the letter of appointment to Rear Admiral Weerasinghe today (15th January) and expressed his best wishes to carry out entrusted duties in the new appointment.

Rear Admiral Sumith Weerasinghe who is a distinguished old boy of Badulla Central College joined the Sri Lanka Navy in 1985 as an Officer Cadet of 13th intake, to the Executive branch. The officer successfully completed his basic training at the Naval and Maritime Academy in Trincomalee and was commissioned as an Acting Sub Lieutenant on 07th May 1987. Further, he followed the Sub Lieutenant Technical Course in India in 1988 and since then was gradually promoted to subsequent ranks in his naval career, finally being elevated to the rank of Rear Admiral on 16th October 2016.

The senior officer’s career has been enriched with vast experience in the Navy and he has commanded Fast Attack Craft as well as Sri Lanka Naval Ships such as Jayasagara and Sayurala, particularly as the first Commanding Officer the latter. Apart from that, Director Naval Welfare, Commandant SLNS Nipuna, Deputy Area Commander Southern and Northern Naval Areas, Director Naval Personnel, Commander Southeastern and Eastern Naval Commands, Director General Services and Commandant Volunteer Naval Force were some of the prominent appointment he held during his illustrious career. Prior to taking over duties as the Chief of Staff of Sri Lanka Navy, Rear Admiral Weerasinghe shouldered responsibilities as Deputy Chief of Staff and Commander Western Naval Area as well.

Rear Admiral Weerasinghe has groomed his career by following advanced courses in countries like India, USA and Bangladesh on quite a few occasions and has specialized in Anti-Submarine Warfare (ASW) at INS Venduruthy in Kochi, India. He is an alumnus of Bangladesh University of Professionals from which he was conferred the Master’s Degree in Strategy and Development Studies.

Since 1987, he has made a prominent contribution for the eradication of destructive terrorism from the motherland in both land and sea operations and has been awarded a several medals including ‘Vishista Seva Vibhushanaya’ for distinguished service, ‘Uttama Seva Padakkama’ for valuable service and dedication to duty. In the same vein, the senior officer has been acknowledged with letters of commendation on several occasions by Commander of the Navy.

Rear Admiral Weerasinghe is a passionate sportsman who has been awarded with Navy colours for Squash and Tennis. The officer has captained Sri Lanka Navy Squash and Tennis teams and has won many tournaments during his tenure. Moreover, he held office as Chairman Tennis consecutively for many years. 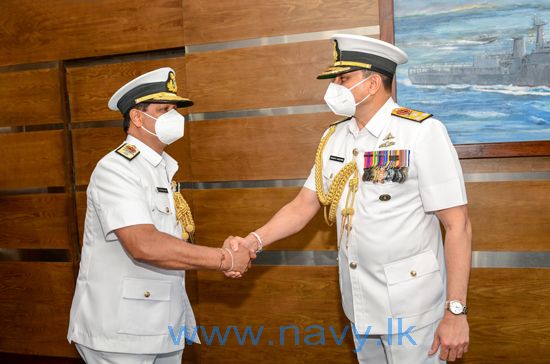 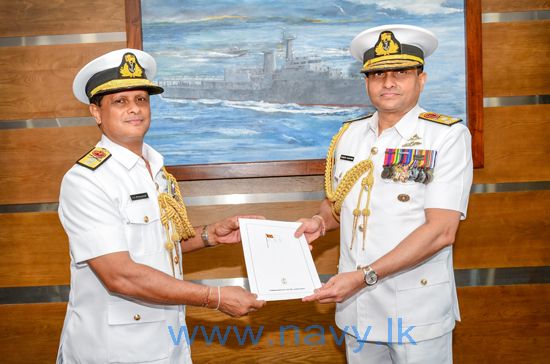 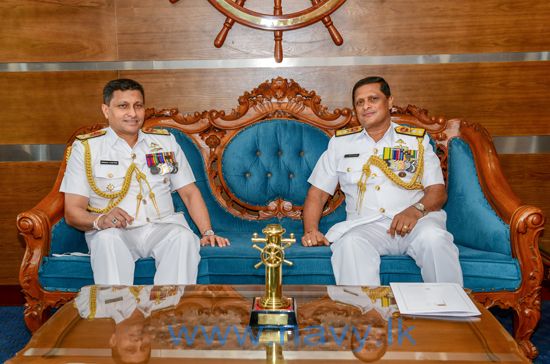