This customary Gun Salute, the highest of its kind, was accorded under the directives of Commander of the Navy, Vice Admiral Nishantha Ulugetenne was administered by Commanding Officer of SLNS Samudura, Captain Chaminda Karunasena, its Executive Officer, Commander Bandara Wahala and Gunnery Officer, Lieutenant Commander Kasun Parageeth, as a mark of respect to the nation.

According of a Gun Salute could be held on National Independence Day or a particular day designated by the government as a mark of respect to the nation and the highest honour of 25-gun salute is only accorded for nothing but the nation. Going by this time-honoured custom, Sri Lanka Navy today executed this military honour from SLNS Samudura to coincide with the 73rd Independence Day celebrations and this rare occasion was brought to the public eye by Independent Television Network.

The custom stems from naval tradition in the 14th century, where warships were firing their cannons indicating they were effectively disarmed, to signify the lack of hostile intent towards the opposition.

In 1948, the Navy had fired a 15- Gun Salute at the Galle Face Green on the first Independence Day. In 1950, the Gun Salute had been accorded onboard HMCyS ‘Vijaya’, the Navy’s first warship. After the HMCyS ‘Vijaya’ was decommissioned, its 03 guns had been fixed at a place called Galle Buck Bay in the Colombo harbour. Subsequently, the guns had been relocated at the Lighthouse premises in the Fort of Colombo by 2000. For two decades since 2000, the customary Gun Salute has been performed at the Colombo Lighthouse to coincide with Independence Day celebrations.

The Gun Salute honour accorded to the nation onboard SLNS Samudura today, recorded in the annals of Sri Lanka Navy as the tradition executed onboard platform for the first time after 70 years, subsequent to the naval honour presented way back in 1950 onboard HMCyS ‘Vijaya’. Meanwhile, the Navy will continue this ceremonial event keeping on with the time-honoured tradition. 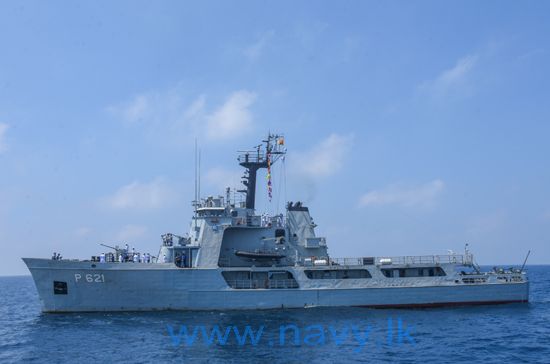 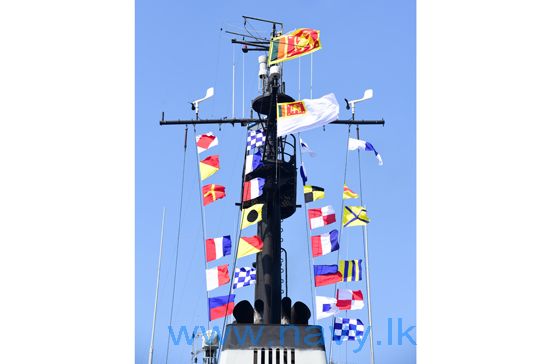 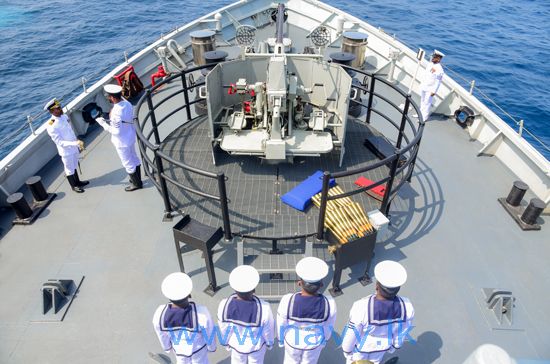 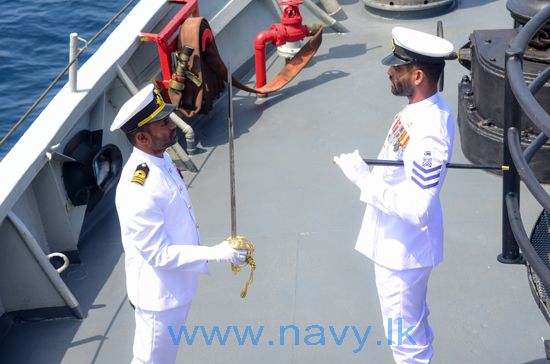 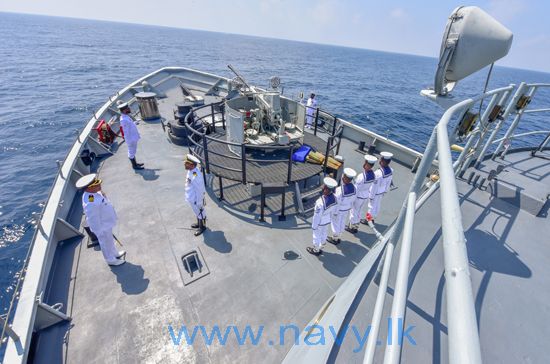 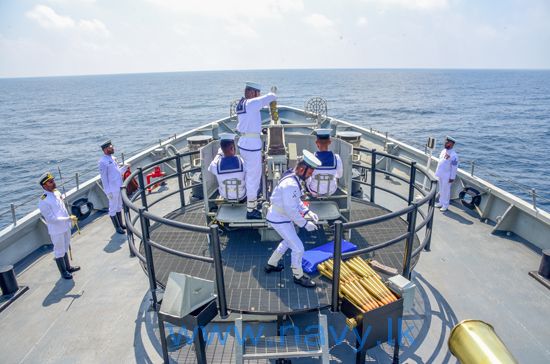 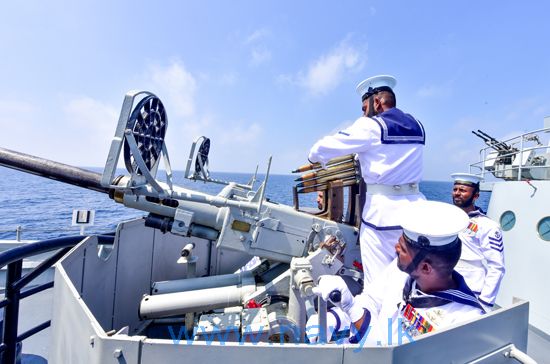 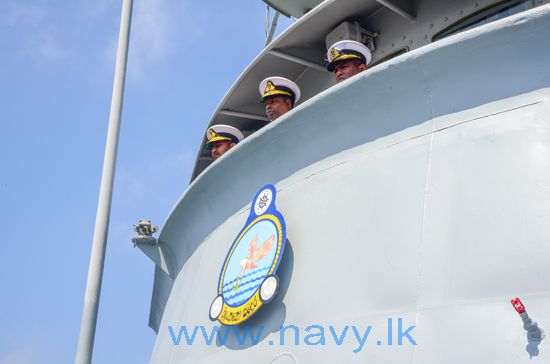 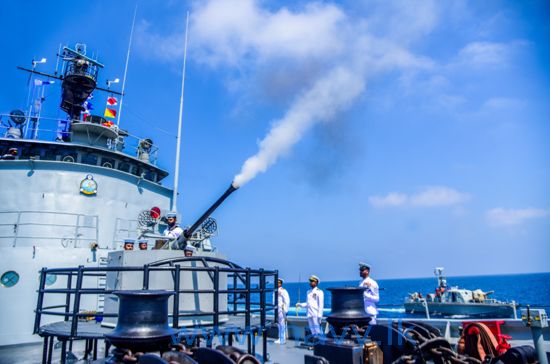 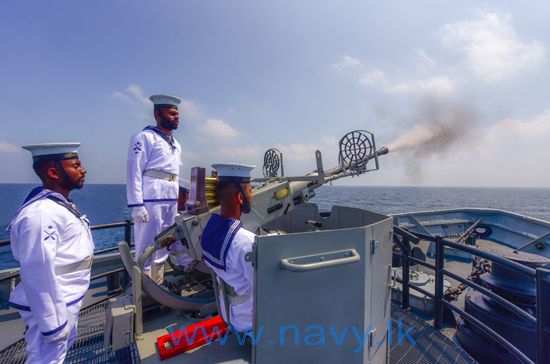 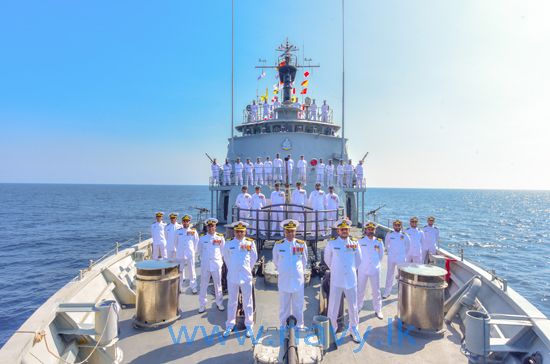