The Navy is constantly contributing to clear obstructions under the narrow Wakwella bridge over Gin Ganga, which flows into the ocean from Gintota. Incidentally, the Navy was pressed into action once again to remove debris collected under the Wakwella bridge on 20th February 2021.

The rising water level of Gin Ganga brings improperly dumped garbage, fallen trees and bamboo bushes downstream and collects them under the Wakwella bridge, hampering the free flow of river water. Keeping its vigilant eye on such developments, the Navy promptly dispatched a team of Navy divers and Marine personnel to the location and cleared out the blockage, helping river water to flow without any obstruction again. 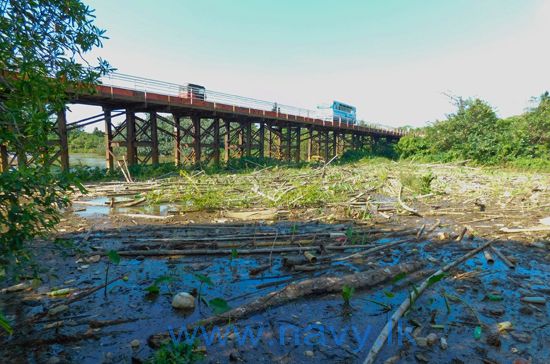 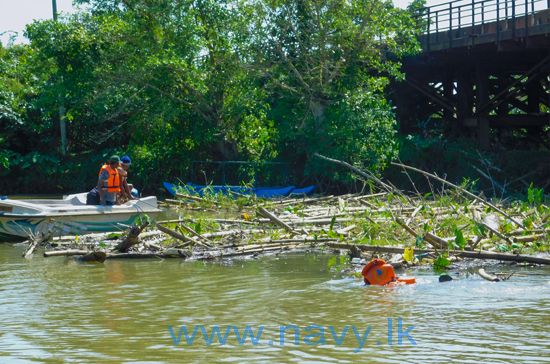 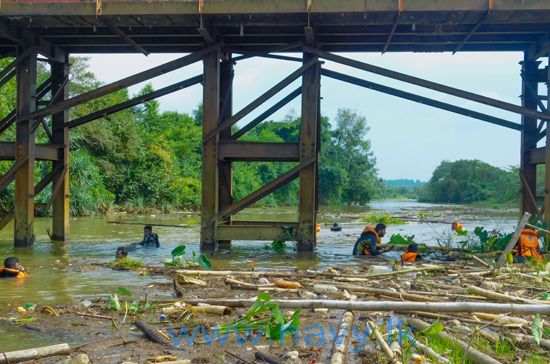 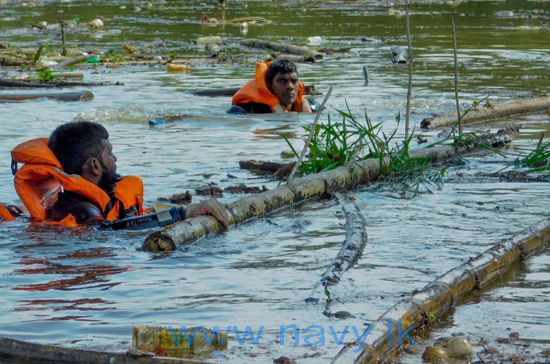 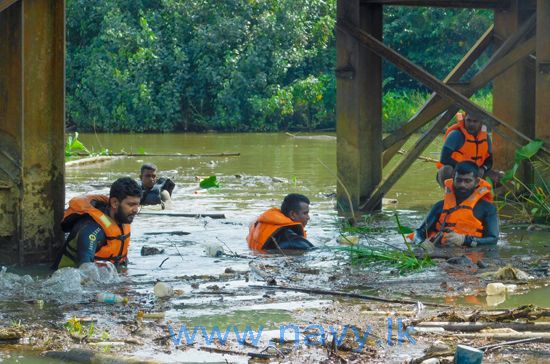 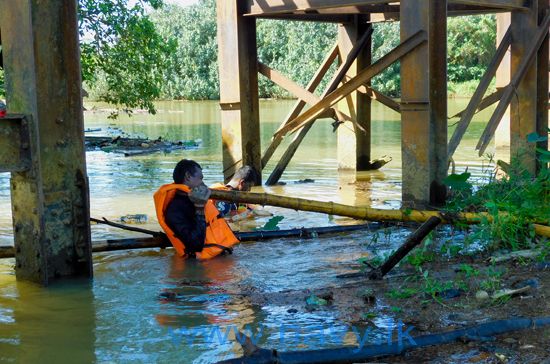 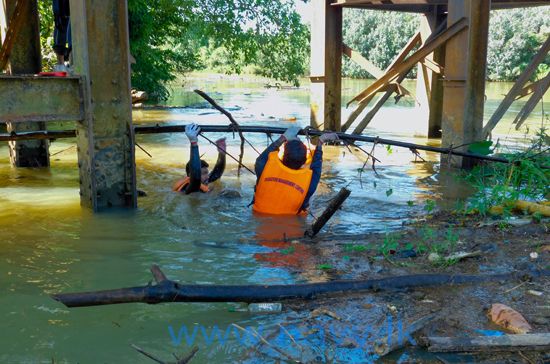 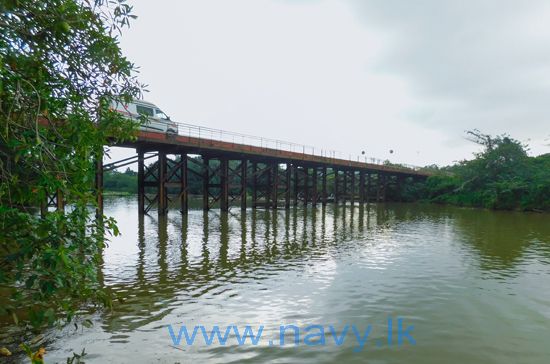