In continuation of Sri Lanka Navy’s mangrove reforestation drive, the Northern Naval Command with the attendance of its Area Commander, Rear Admiral Senarath Wijesooriya, launched a worthy campaign in which 700 mangrove saplings were planted in the Ponnalai Lagoon today (14th March 2021).

Mangroves are pivotal coastal ecosystems and play a key role in weathering climate change impacts. Sri Lanka Navy being a forerunner in environmental conservation conducted this programme in Ponnalai Lagoon area, Jaffna with the participation of naval personnel from SLNS Elara, Uththara and Agbo in the Northern Naval Command. Further, mangroves play an important role in the coastal ecosystems and has its economic benefits as healthy growth of mangroves is a crucial component to the sustainability of the fishing industry.

Following the directives of Commander of the Navy, Vice Admiral Nishantha Ulugetenne, Sri Lanka Navy is getting along with this worthy project which recently saw plantation of 700 mangrove plants in Northern Naval Command. Commanding Officers of SLNS Elara, Uththara and Agbo, Heads of Departments and naval personnel from the Northern Naval Command were also present at this event. 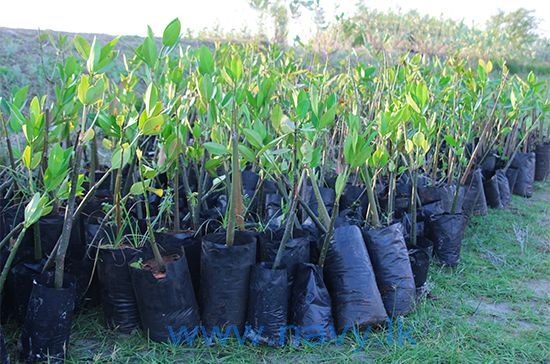 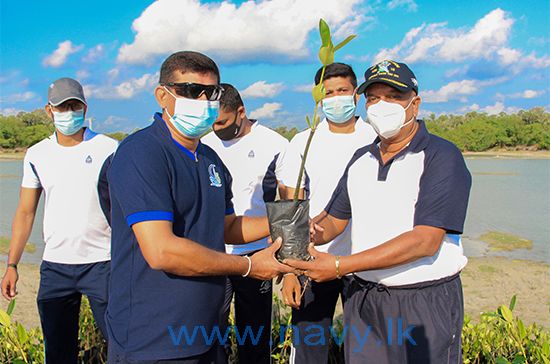 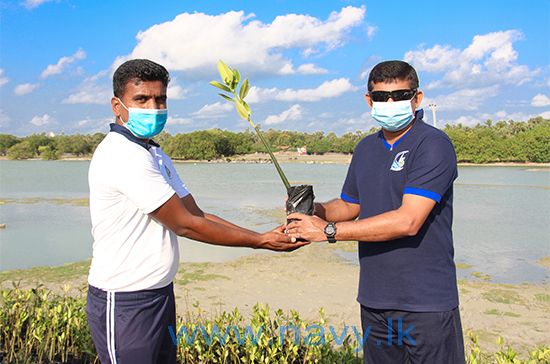 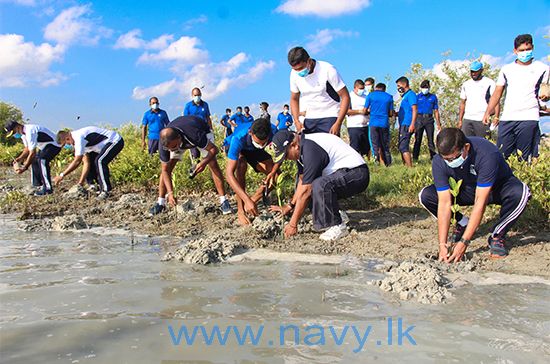 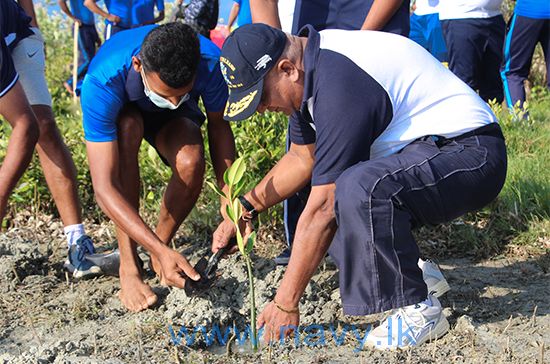 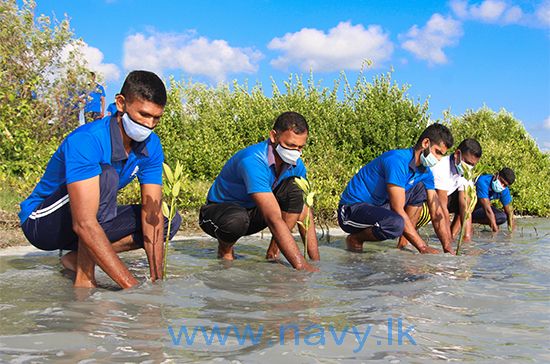 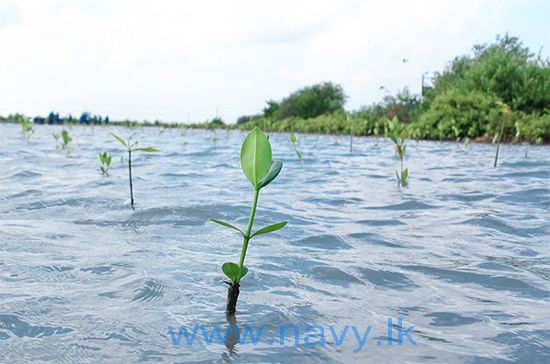