The Passing out Parade of 26 Direct Entry officers of the Regular Naval Force (Technical) and Volunteer Naval Force from 1/2021 intake was held at the main parade ground of Naval and Maritime Academy (NMA), Trincomalee today (14th August 2021). The colourful event was graced by Commander Eastern Naval Area, Rear Admiral Sanjeewa Dias as the Chief Guest, at the invitation of Commandant NMA, Rear Admiral Dammika Kumara.

Incidentally, 05 officers of Regular Naval Force (Technical) and 21 officers of the Volunteer Naval Force passed out through the portals of the Naval and Maritime Academy today, on successful completion of their training.

Those who excelled during the training were presented with special awards at the ceremony where Lieutenant PGCM Rathnasiri was adjudged the Best Direct Entry officer as well as the Best Marksman. Meanwhile, Acting Sub Lieutenant MANP Muthukuda was awarded the trophy for Best Sportsman.

Addressing the distinguished gathering Commander Eastern Naval Area at the outset expressed his pleasure over the successful completion of the training by this group of officers, fulfilling the expectations of the Naval and Maritime Academy as well as the aspirations of the Sri Lanka Navy. In addition to the knowledge these officers have gained, traits such as Bravery, Discipline, Endurance and Leadership will undoubtedly be a strong stepping stone to their future naval careers, he further opined. Adding further, he said that the newly passed out officers must be professionally competent at all levels and they must also make it a point to ameliorate the goodwill of the Sri Lanka Navy in the public eye. Reminding them of the responsibility lies on their shoulders in achieving the aspirations of the Navy and the motherland, Rear Admiral Dias expressed his best wishes to the new bunch of officers and extended his gratitude to the proud parents and loved ones of these officers for encouraging their sons and daughters to choose a noble profession.

The proceedings of the dignified event were held adhering to COVID-19 protocols. To conclude the events at the parade ground, a drill display was performed by the Drill Instructors’ Course along with the NMA band which made the respected gathering captivated. Director General Services, Rear Admiral Senaka Senavirathna, Flag Officer Commanding Naval Fleet, Rear Admiral Sajith Gamage, and a limited group of officers from the Naval Headquarters and Eastern Naval Command was present on this occasion. 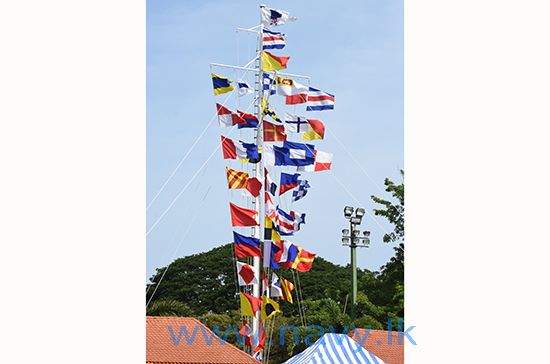 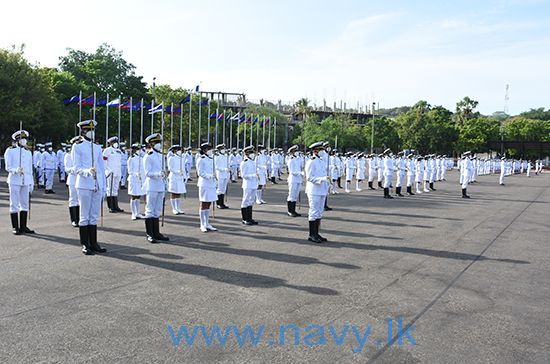 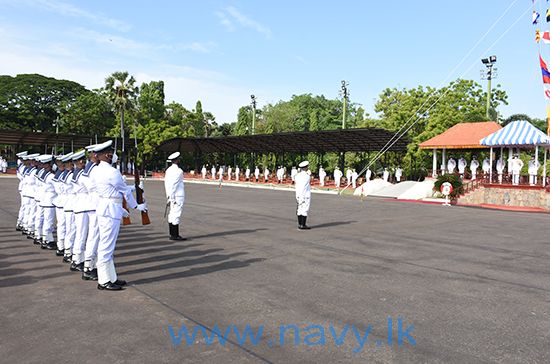 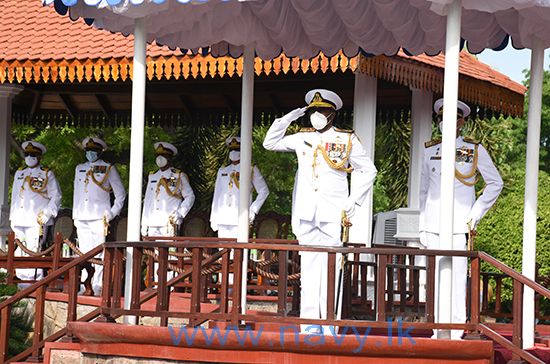 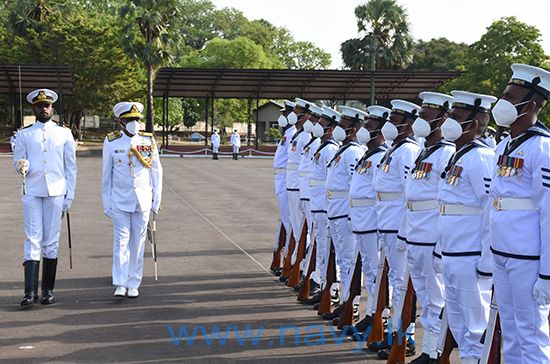 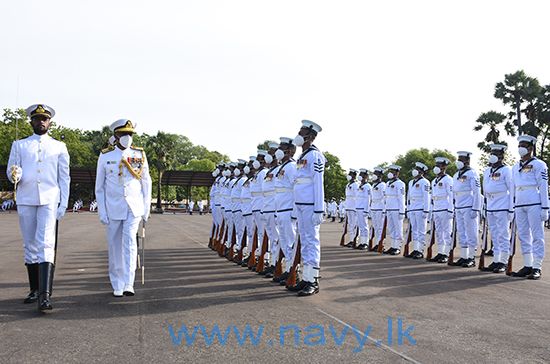 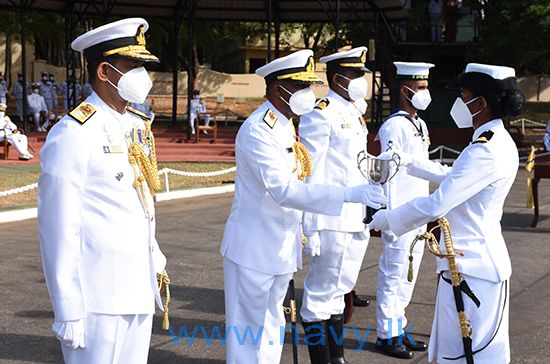 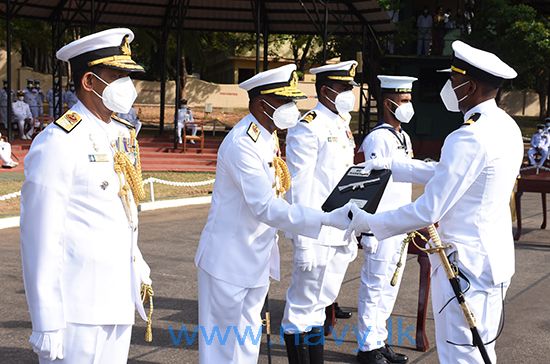 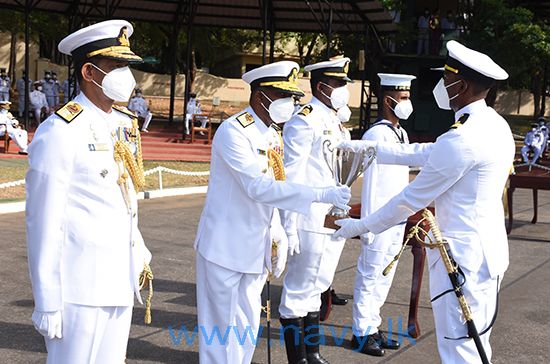 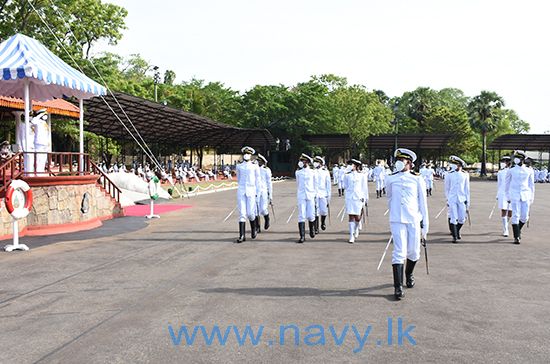 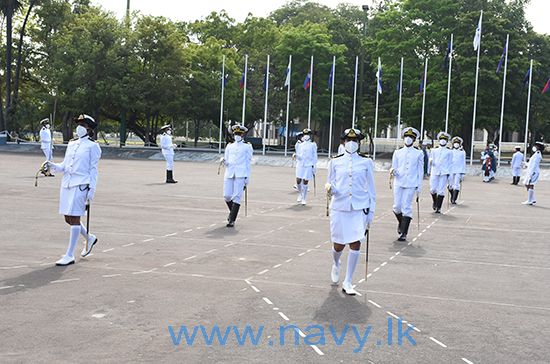 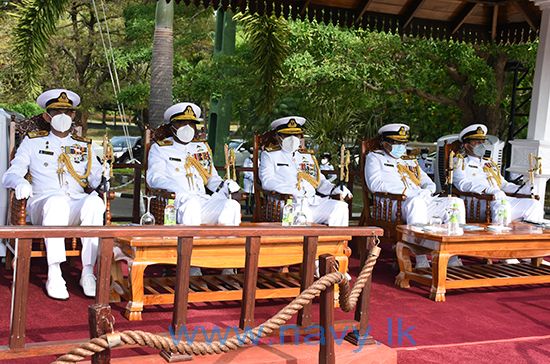 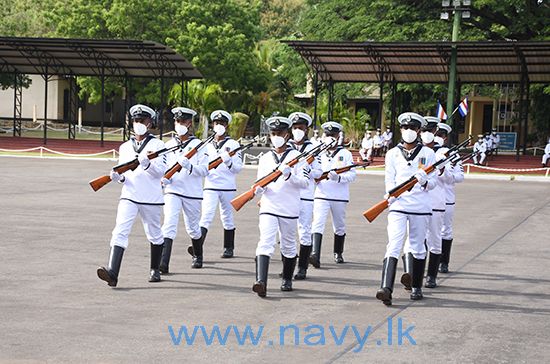